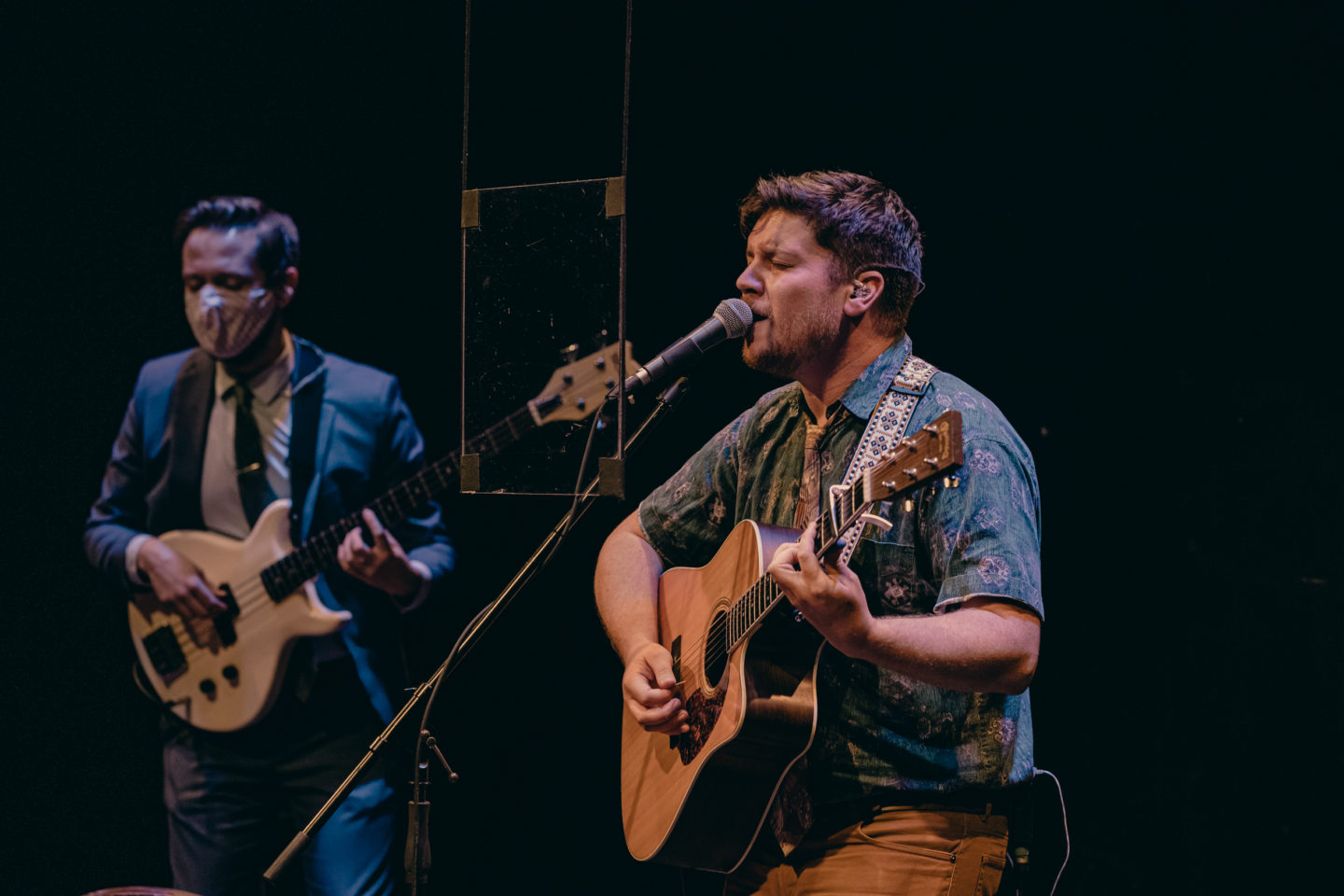 Just before a new health order was put into effect for our region, Jordan Klassen performed two socially distant shows last week at the Pacific Theatre in Vancouver BC.

The unusual venue provided a truly unique experience. Klassen and his band sat facing each other on the stage, which was centered on the floor with theatre-style seating around it. Surrounded (at a distance) with other masked faces, it felt as though the 40 of us had snuck in off the street and were catching a rehearsal of sorts. The intimacy of the show was to a degree I’ve never experienced and it felt incredibly special. As Klassen put it, it was “weird and cool.”

As I sat mesmerized by the music, it all felt so new. I had forgotten the feeling of what it was to experience music live.

It was tangible, emotional, exciting. This was echoed in the crowd’s hesitant response at the outset, no one seemed sure how to treat this – a stage play or a concert. We all seemed to find our footing together as we embarked on a journey led by Klassen through his April 2020 release “Tell Me What To Do.”

Throughout the evening Klassen was charming as he shared about the themes woven throughout the album. Deeply resonating with his 30 something audience, the title track “Tell Me What To Do” explores what it’s like to get older.

How in your twenties you’re trying to figure out who you are, but as you age into your thirties you become so tired of it all that you just want someone to tell you what to do.

Moving into “Not My Answers” he jested that the premise was really the same, but edged to figuring out who you are through those around you.

Layered in with all the instruments and backing tracks, Klassen’s range from soft-spoken falsetto to wailing bellows pulls you in from the outset, and gently moves you through themes and emotions you inherently understand. It was a moving performance that mirrored the expression of the recorded album so well. It was a beautifully understated show which has me listening to the album (on repeat) in a new and vibrant light. It’s an evening that will be sticking with me for a long, long while.