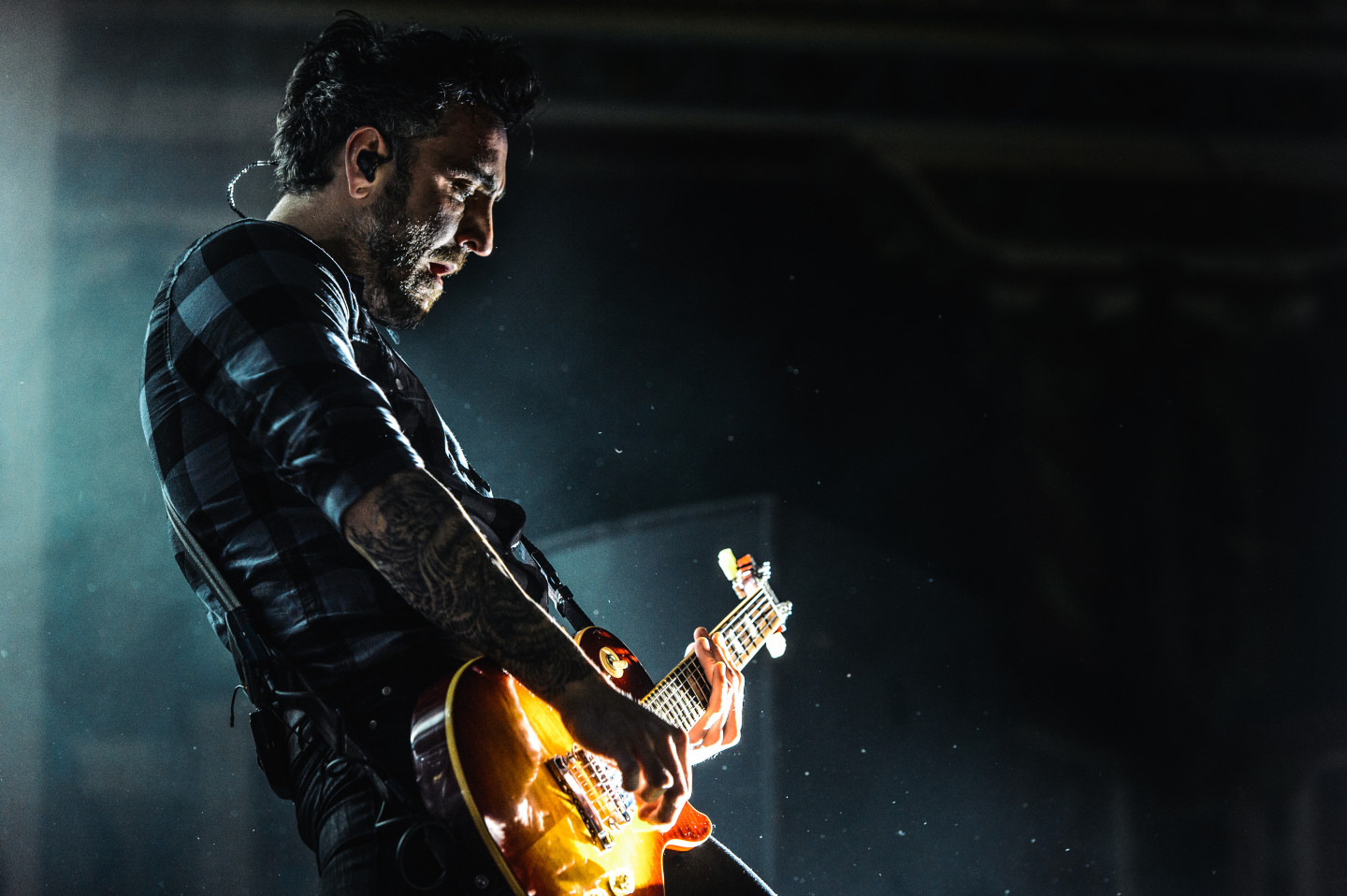 Anberlin at The Aragon Ballroom

When I learned I’d be covering Anberlin while at the Aragon, I was confused. Anberlin? THAT Anberlin, of the sorta Christian Rock/Pop-Punk pseudo-fame? Yes. That Anberlin. “Wow,” I thought. “There’s a band I haven’t thought about in a long time. I wonder if they’re any better now.”

Let me backtrack a little. Anberlin, admittedly, just isn’t my kind of thing. They create music in a sonic nether region devoid of much creativity. Their sound sits at the nexus of a number of genres I love without the commitment to any of those sounds. Anberlin plays some punk, but they don’t get crunchy, scratchy, or fierce with it. They also play pop, but they don’t bite into any juicy riffs or hooks to really excite me. I guess they also play metal, blues rock, and emo, but it’s all equally blasé.

I can hear the response already. “Dude, Anberlin just plays rock music. All they do is rock, bro.” Oh, yes. How silly of me. Rock music, plain and simple – how could I not see it? How could I not see that Anberlin slammed out rock music – just like Robert Johnson heralded in rock ‘n’ roll before them! Wait – not like Robert Johnson? Well surely they must ROCK like Led Zeppelin, then. No? They lack furious guitar solos and lyrics about Middle-Earth? Okay, fine. They must shred exactly like Nirvana! … No? Oh, for fuck’s sake.

Anberlin played with energy on stage – that most certainly cannot be denied. They hit the stage running and never slowed down. Lead singer Stephen Christian was bouncing around from mic stand to bass drum to the bassist and back again. And that seemed to thrill the crowd, at times, who were much nicer and more forgiving than myself of the band’s lack of any other source of appeal.

If I struggle to capture the band’s sound, it’s because they so thoroughly lack anything memorable. Christian forced his way through static melodies, accompanied by 1-4-5 bar chords and “Aren’t my balls huge?” stances from the guitarists (Joseph Milligan, Christian McAlhaney) and bassist (Deon Rexroat – who, to be fair, has an awesome last name). They exuded pure conviction, which was enough for early punk bands like The Ramones and The Sex Pistols, but doesn’t really fly so well today, especially if you lack the stage antics, shenanigans, and authenticity that otherwise accompanied those classic mainstays. Instead of channeling their inner Clash, Anberlin sounded more like what Good Charlotte might demonstrate after MTV3 declares the band has finally “matured.”

I am at pains to points out that the crowd didn’t exactly hate the performance. They bounced in the pit and some kids enjoyed a healthy crowdsurf or two. Beers were quaffed, fists were pumped, and the band left the stage. At which point, I imagine, nobody tweeted anything like “ANBERLIN JUST KICKED SO MUCH ASS OMG” followed by the world’s longest promoted hashtag, “#NightWeStoleXmas” (in reference to the sponsored event). Anberlin was merely a slap to the face when it was entirely unprovoked and not asked for—you still got an endorphin rush out of it, but it didn’t exactly feel good, either.

Capital Cities at The Aragon Ballroom