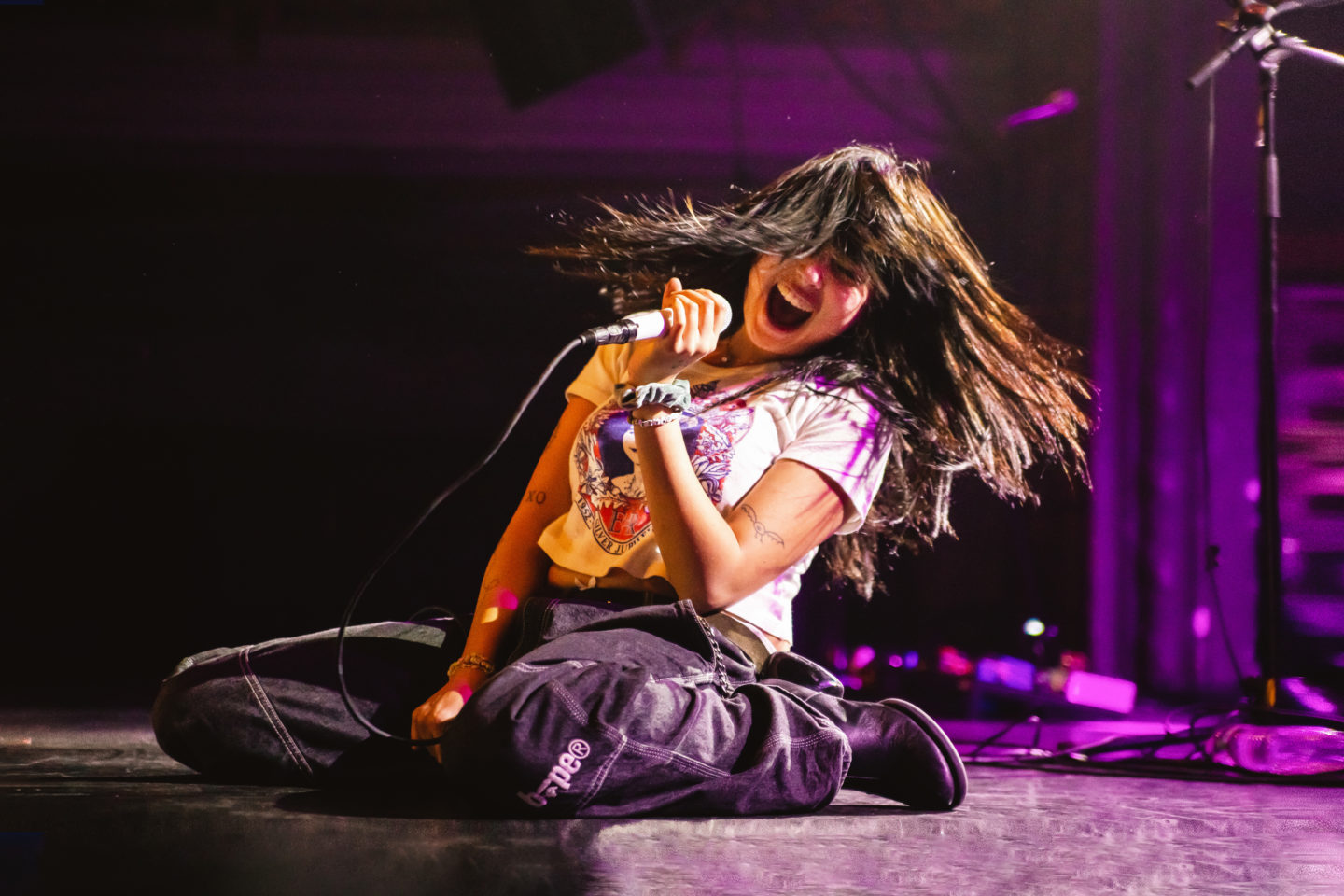 UK indie-pop singer, beabadoobee made her way to San Francisco as part of her North American tour to celebrate the release of her newest record, Beatopia. Since the release of her debut single, “coffee,” she has amassed a strong & dedicated audience especially among gen-z listeners. Her sound ranges from indie bedroom pop to shoegazey alternative rock in which this contrast makes for a dynamic performance that keeps the audience engaged throughout the show.

With support from Lowertown, beabadoobee played a sold out show at The Regency Ballroom. Her setlist was everything a fan could have wished for, including several viral hits such as “the perfect pair” and “Ripples.” Each opening note for every song was met with roaring cheers from the crowd as they were encouraged by beabadoobee to sing and dance along. Her band ensemble was simple which allowed for the music and production to speak for itself. The command that beabadoobee has over the crowd was simply captivating and it’s no surprise that her music has such aas strong impression among the younger music crowd today. Her music is larger than life and her rising impact and presence in the music industry makes her one of the perfect openers for Taylor Swift’s upcoming Eras Tour.

The Art of Life Tour