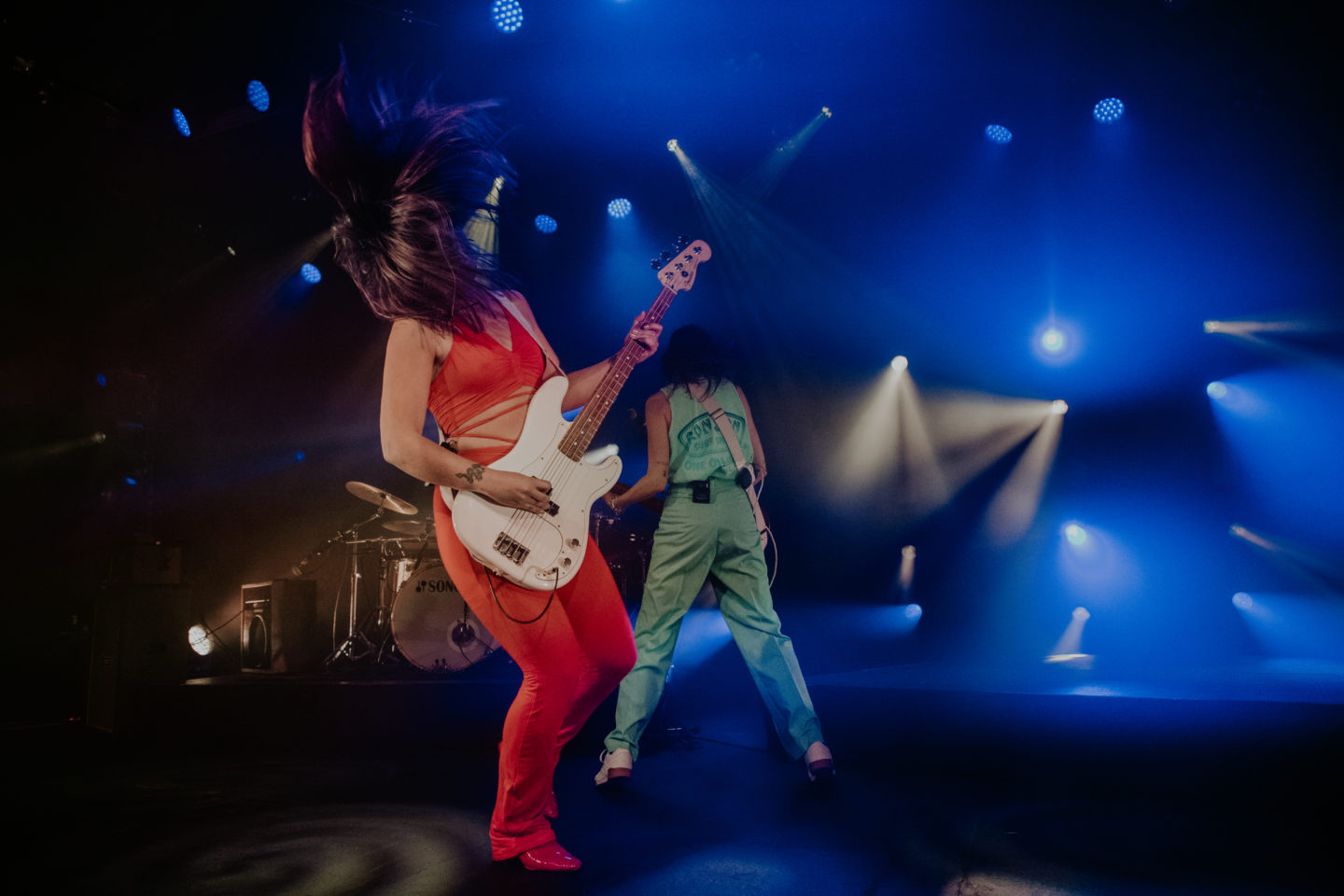 By the end of May, Vancouver was finally blessed by the first warm days, yet this evening there was no guilt in not being outside. The comforting rays of setting sun were peaking through the blinds of dark art-deco-styled Commodore Ballroom, as the venue was filling with people getting ready to have some fun and enjoy good quality Canadian rock. The music started at 8 pm sharp, as the opener in Blue Stones hit the stage with full-on headliner energy. The duo got the crowd dancing right away, and there were visibly many fans of the band on the dance floor, as many people were familiar with the songs and were happily singing along and reacting enthusiastically.

The mood-setter for the main act was ‘Girlfriend’ by Avril Lavigne (who performed in Vancouver the day before, and whom the Beaches are inspired by), and the rock sisters came on stage shortly after 9, making the crowd dance and sing to Late Show – the title track of their 2017 banger debut album. Throughout the show, I kept on thinking that the last time I saw the band was around five years ago, in a small venue in Downtown Kamloops. They have achieved so much since then, received a few Juno awards, (including 2022 Rock Album of the Year), toured a bunch, and released numerous radio hits, yet they stayed so authentic and true to themselves. On stage: nothing more than music and light, yet everything is done so tastefully and entertaining. There is always a retro feel to the Beaches’ aesthetics, from their music to their outfits, to their raw emotions (or sometimes, the intentionally hilarious lack of thereof) in their songs, and the simple yet incredibly likable aesthetics. As retro as they sound, their music is always relevant and somehow modern. It’s like they take the best of both worlds and blend it together, creating their own unique music style with elements of rock, indie, and grunge …. No special effects, no projections, not even many conversations between songs: these girls’ purpose is to play, have fun and just be real.

“We are on the other side of the country and this feels like our hometown show right now!”

– exclaimed lead singer and bassist Jordan. She meant it: you could see how much the Toronto-based band is known and loved here on the West Coast: the staggering number of die-hard fans in the audience singing every lyric to every song, from classic ‘T-Shirt’ and ‘Money’ to the newer ‘Want What You Got’ and ‘Fascination’. The Beaches remind us that Rock’n’Roll is alive and well, maybe not on the arena level, but in the smaller more intimate venues, you can still enjoy the real drive and energy of the raw guitar sounds.