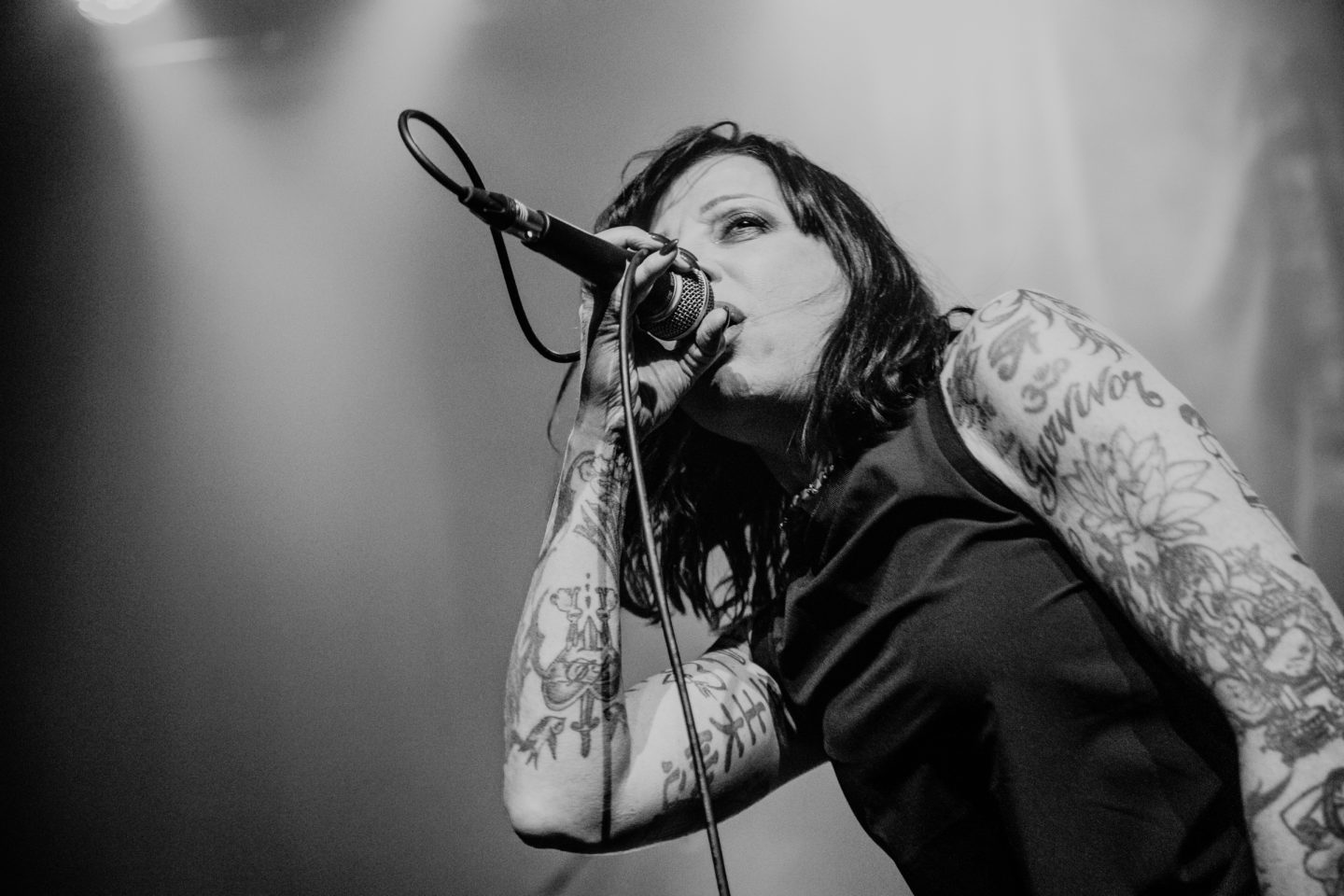 Seeing an open dance floor feels like a long-forgotten dream, one that the people of Vancouver can finally experience again. Just a few days after the ease of provincial restrictions, the Canadian alternative queen Bif Naked became one of the first artists to perform in front of a full capacity crowd in a venue just as legendary – The Rickshaw Theatre.

Following two amazing openers GRRLCircus and Devours, both acts praised Bif for her impact on them and shared how incredibly grateful they were to open up for the singer. By the time Bif hit the stage, the crowd was warmed up and ready to dance and rock. Bif came on stage, taking off a mask, which looked both theatrical and very sincerely “on point”. The set started with Choking the Truth, and the energy skyrocketed. After two long years, people were finally able to move freely around the dance floor. It seemed everyone felt accepted and safe, and most importantly, had tons of fun. “I don’t recognize this city anymore, but what stays the same is you!” – proclaimed Bif later in the show, and in the world of rapid gentrification and change, this comment rang true.

Bif Naked and her band – guitarist Snake Allen, drummer Chiko Misomali, and bassist Doug Fury were visibly thrilled to perform in front of so many dancing fans, and they echoed this sentiment multiple times, actively socializing with the crowd and enjoying every second of it. Bif sounded emotional and thrilled in her interactions, making multiple jokes and sharing stories with her cute, delicate voice, so different from her strong and growling singing voice. On a few occasions, she brought up her close ties with the venue and encouraged the audience to support the Rickshaw by following them online, buying drinks and merchandise.

Besides all the amazing music and words of love and support, Bif, who has lived an amazing life so far, graced the audience with messages of wisdom and life stories. Those were masterfully used as segway between the songs, and the room was exploding every time the audience realized which song Bif was hinting towards and going to perform next. The crowd was singing along to every song, but I would especially highlight the response to the classic tunes such as ‘Let Down’, ‘Tango Shoes’, ‘Spaceman’, and the epic finisher ‘I Love Myself Today’.

On this optimistic note, the full capacity concert season in Vancouver has officially begun!

Darkness with a twist: ACTORS’ epic comeback to Rickshaw Theatre