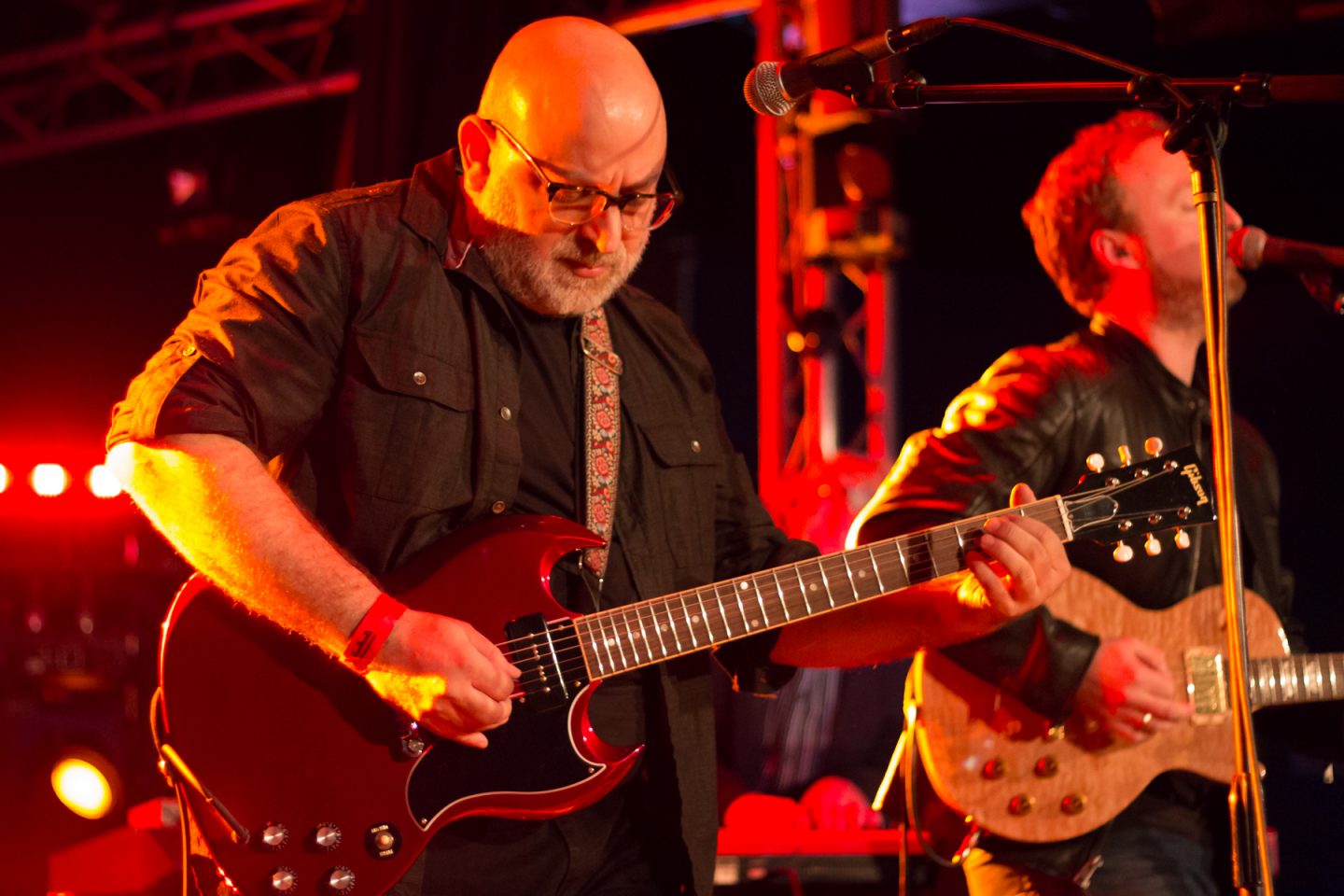 Butterfly In Traffic at The Cubby Bear

For my first show of 2020, Butterfly in Traffic made quite the impression and continues to reaffirm my own belief that seeing bands in smaller venues always delivers a unique and quite personal experience. The show hadn’t even started and I already struck up a conversation with Chris, the keyboardist for the band. Ed also stopped over to say hi before they prepared to take stage. For being the first band in a 4 band lineup they were extremely relaxed and took the stage with authority.

There’s little question of the great responsibility an opening band carries; warming up the crowd for a night full of entertainment and it’s no wonder they started off their set with Red and Blonde off their new EP Release, “Dark by Four.” From there, a mix of only what I can explain as complete rock goodness followed.

“Dark by Four” has very catchy hooks and was obviously a strong choice for their EP title. Ed and Tom both delivered amazing guitar riffs and vocals all while being corralled by Grant’s complete mastery on the drums. Maybe it was just me, but Grant wore a hat that gave him a very Keith Richards look behind the kit. That immediately added to the charm of the band and may have explained some Rolling Stones influence that I was hearing during the set. Matt continued through the whole set to dance freely with his bass all while delivering top notch bottom end. Chris rocked out an intense keyboard solo in “Adeline” which triggered an immediate flashback to a Doors concert. As a photographer I tend to notice very small details. Did anyone else catch the “I (HEART) Neal Casal” sticker on Ed’s VOX amp?

They finished their set with The Mission, a subtle rock tune graced with some very nice slide guitar. If you haven’t already checked out Butterfly in Traffic, please do so ASAP on Spotify.

Blondfire at The Cubby Bear