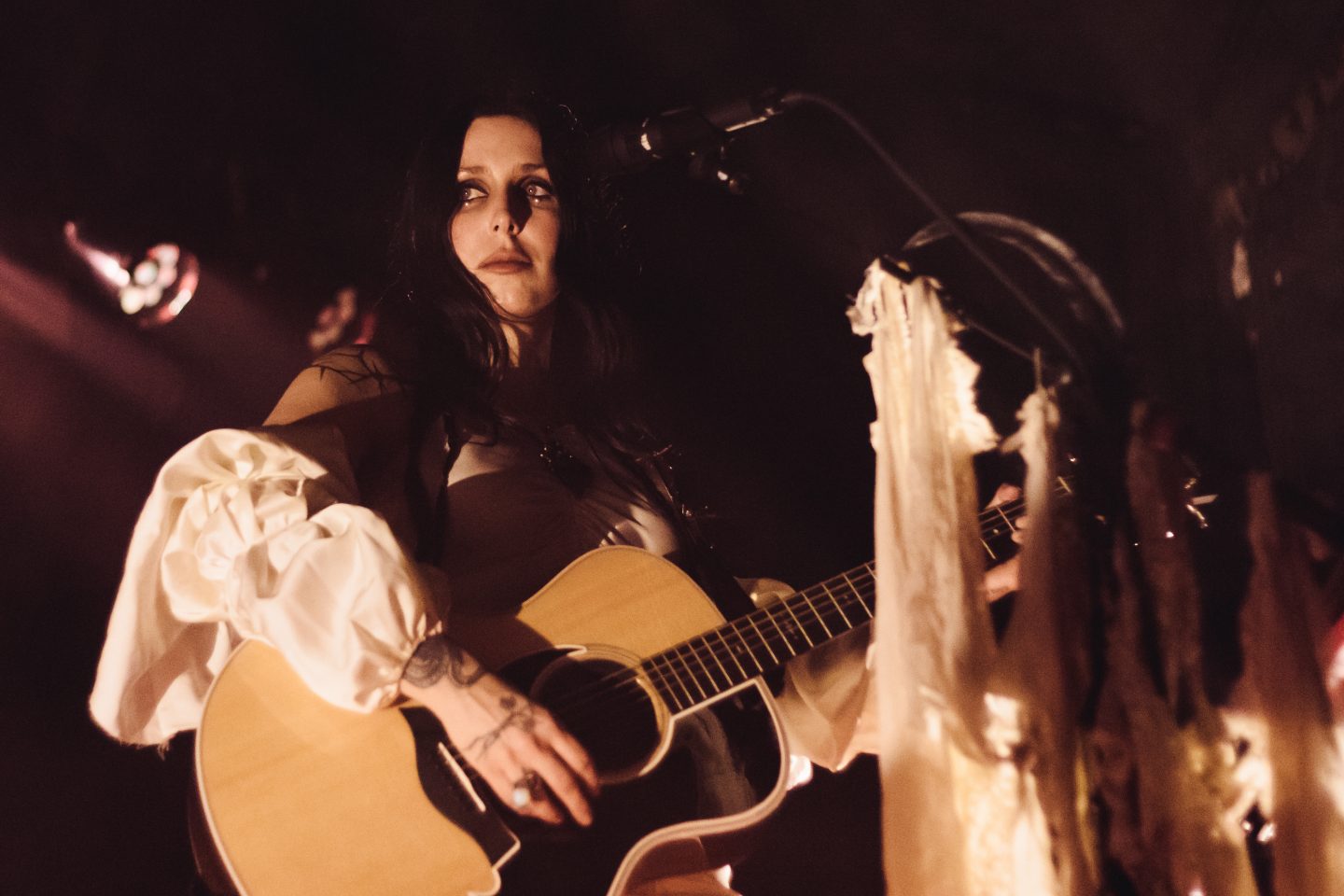 Chelsea Wolfe stopped at The Showbox on her American Darkness tour. I wasn’t completely sure what to expect from her set, but after hearing some of her mood-thick and ominously honest music I imagined this would be a night of dark sounds and deep texts. The stage resembled a fire circle in the forests where you expect the most mythical creatures of the dark to hang out. From the first note of Wolfe’s song “Flatlands” I was transported into a gloomy ruin by the sea. The audience and I, all together, I floated through her set guided by her magical soft voice.

The room shifted as it were, and we the listeners became the creatures that would inhabit this magical place created by the music. We traveled from the coast through flatlands accompanied by one another. Each destination framed by the songs one by one.

Fully captivated by her amazing voice and acoustic guitar we spent these hours in a world hidden away from any monotony of our daily lives. Only to harshly awaken after her final song, fittingly titled “Highway”. If mystery or fantasy books had a soundtrack, this would be it!

"Let get into this groove together"