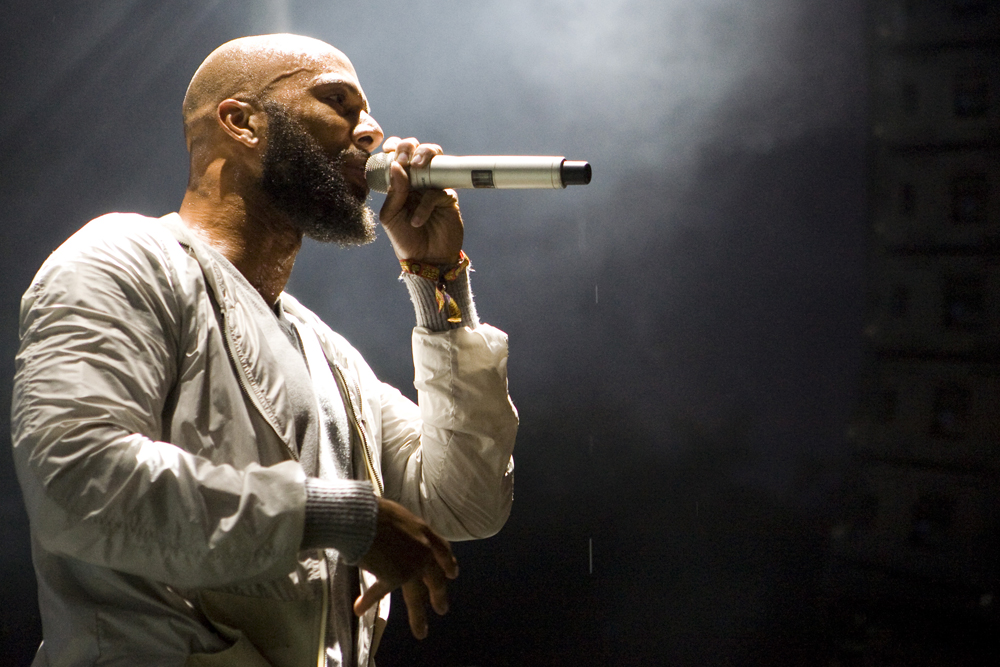 Other than the obvious similarity with his name, there’s nothing ordinary about Common. Laser guidance systems mounted to lighting rigs were replaced with simple house lights. Feather boas, suits, Affliction tees and visible male nipples got the axe in favor of a simple hoodie and jeans. Matted manes, mohawks and masks were thrown aside or trimmed off for a look that’s best described as ivy league Michael Jordan. In other words, he could have been any bald dude with a sweet beard that walked onto an average (albeit very large) stage anywhere. But this is North Coast and not an average stage anywhere, and like I said, there’s nothing ordinary about Common.

Before he strode onto the stage fashionably late, the “Elder Statesman of North Coast” (can’t take credit for this one, it’s Time Out that coined it) got the most official introduction of the festival from the 27th Ward Alderman. Common’s always been a bit of a political lightning rod because of his ability – neigh, desire – to spit lyrics of love and hate (depending on what side of the aisle you’re on) with a passion that’s almost unparalleled in music. One of the things he’s really passionate about just happens to be Chicago.

After orating a map of Chicago in word and song, Common took the entire festival – one of the few times there were no beer lines – on a soul baring excursion that was like watching a beautifully violent car wreck. That same sort of force and conviction poured out of Common in every way possible until the veins on his forehead strained to the point of rupture as if his skin was a pair of jeans on a hipster. Amped up by the clamoring crowd clearly willing to follow him wherever he was going, Common continued to weave explosive notes, lyrics and verses expertly. Not to be outdone in terms of emotional investment, the audience devoured it all like a fat kid eating cake. “Yeah, this is for the people.”