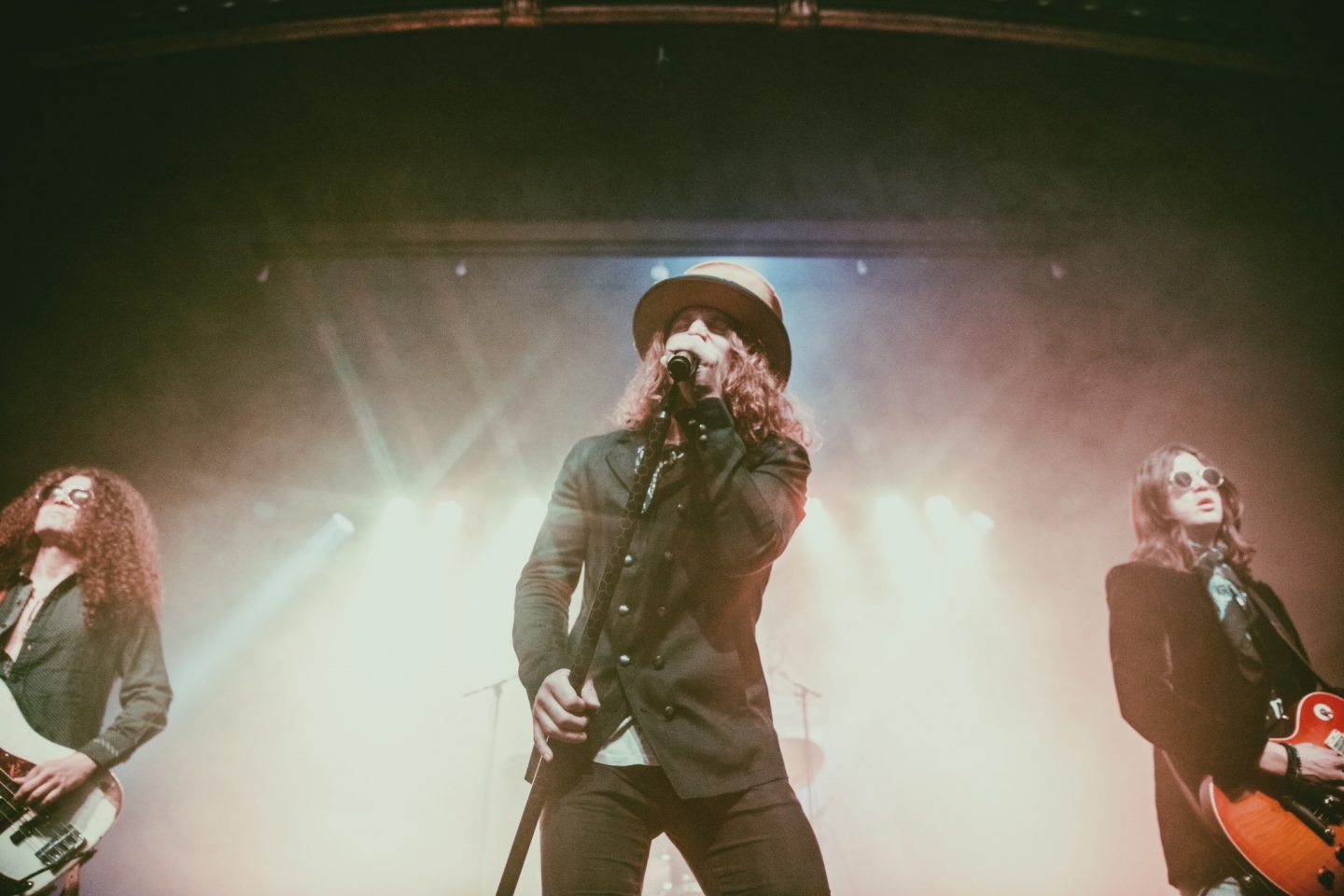 As Dirty Honey came out to the foggy and dark stage, the crowd exploded with excitement. Beer was being spilled and girls were screaming before they even started their first song. I had never seen Dirty Honey live before and had only heard their music a few times, but despite my limited knowledge of their sound, they completely blew me away.

It wouldn’t be an understatement to say that Dirty Honey is the reason that rock music is still alive among the younger generation. Their energy as a band was so intoxicating and they had one of the most cohesive performance I’ve seen in a modern-day rock band. Marc LaBelle’s voice was explosive and fresh and his energy with every song just screamed “Rock ‘n Roll.”

Throughout the show, each member performed about a five-minute instrumental solo about every 2-3 songs. For the guitar solo, John Notto played a small part of KISS’ Detroit Rock City. The crowd absolutely loved it and the whole room shook intensely with excitement. His solo was absolutely incredible and it was so satisfying to see an artist clearly doing what he loves most.

It isn’t a true rock concert until someone throws a bra on stage, so naturally Marc had to catch one as it was flying towards him during their final song, When I’m Gone. As he threw it back into the crowd, the crowd shifted, suddenly pressing some fans against the barricade. Throughout the evening, both the main floor and the balcony were full of energy—an atmosphere that was truly unmatched. It was chaotic, ear-piercing, and incredible. Everything a rock concert should be.

I highly recommend checking out Dirty Honey if you haven’t already and keep an eye out for some of their new music!