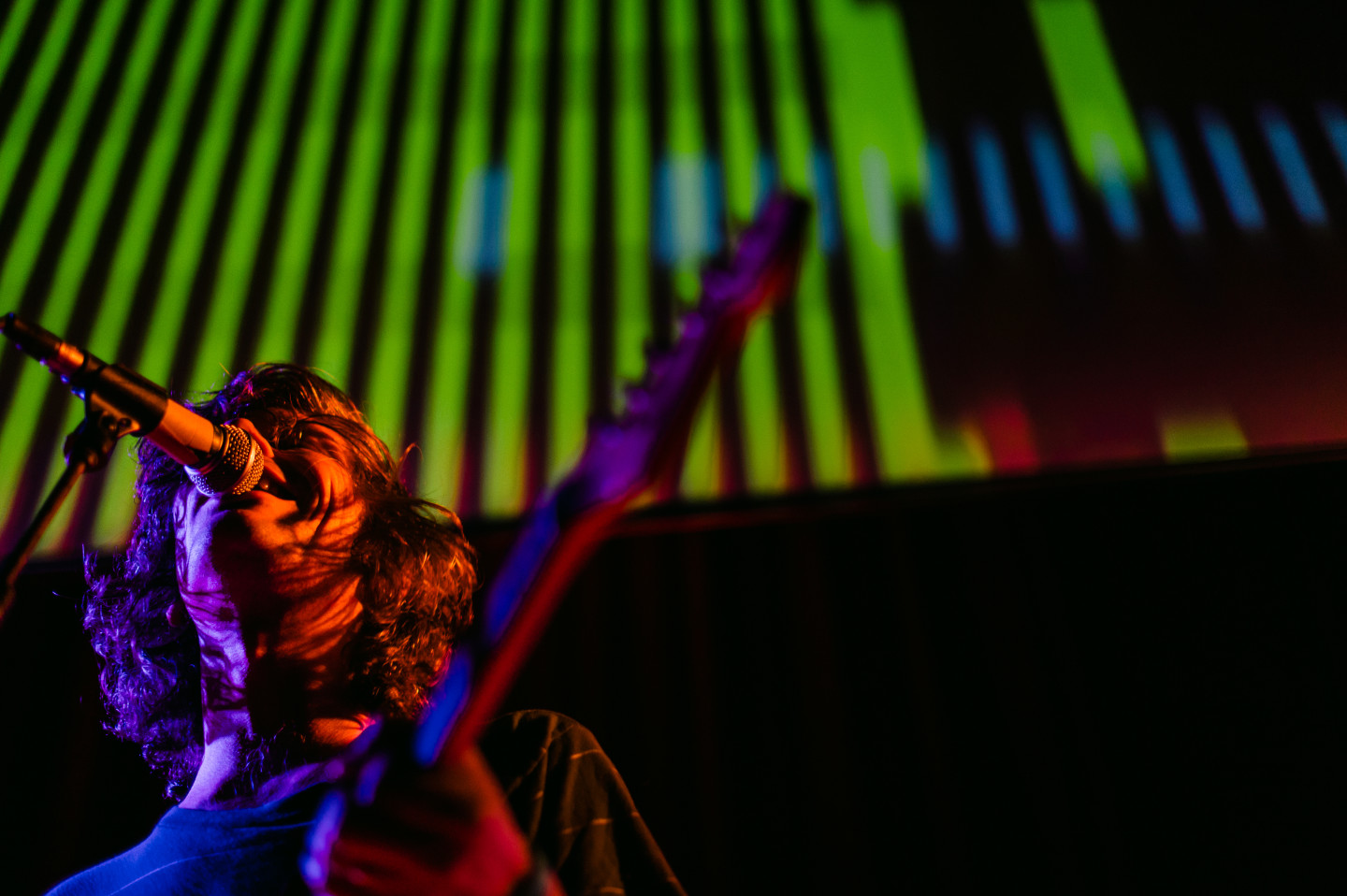 This will be unconventional. I’m going to admit to you, upfront, that this review is pointless.

Why? Because by now, the local, consistent genius of Disappears’ music is well-established. They’ve been around (and while I’ll refrain on a column of chastisement, but for shame if you’ve let them escape your radar). Having released their third album, Pre Language, just last year with Steve Fucking Shelley on drums, the band has been on a consistently upward slope with every new track (Steve Fucking Shelley has since left the band, replaced by Noah Leger, who also kicks ass).

In short, I already love these guys. But here I am, nonetheless charged with reviewing their Lincoln Hall performance, which I attended with high expectations. I’m not sure how I found this surprising, but said expectations were almost instantly exceeded.

Brian Case has a unique way about him for a guy that plays shoegaze. His delivery is wildly imperfect – intentionally so – and it’s hard to make out what he’s saying 60-70% of the time. No matter. Disappears are more about how the music feels after it’s punched you in the nose and sits on your chest like a middle school bully. That’s not to say it’s angry music. On the contrary, it’s much too heady to be filled with blind rage. Let’s call it “aggressively academic” music.

You won’t get lost in a sea of contradictory thought, however, so long as you stay away from certain overly-critical music reviews (not including the fine work at Lost in Concert, of course). To see Disappears live is to drop all a priori notions and submit to the wall of cranky, crinkled, crunchy sound. If you can do this, you’re going to have a damn good time and even emerge a wiser person.

That’s hyperbolic to say, but I kind of mean it. There’s something guttural about this band. Their performance is built entirely from the inside-out. While their recordings are tightly arranged explorations of sonic depth, their performance gets looser and breathes a bit. Jonathan Van Herik (guitar) still warbles the shit out of his six strings, but they jam more and, in the few times I’ve seen them, seem to increasingly enjoy one another’s company on stage, playing off their personal and musical chemistry.

We’re not talking about the Grateful Dead or anything, but those touches mean a lot for a band built on mimicking static. I’m biased, of course, but I give a lot of credit to Damon Carruesco (bass) for keeping the band solidified. When they hit uncharted waters, he’s always there with the compass to keep the ship afloat. How many more boat metaphors do you think I can fit in here? I think that’s aboat all. (got one!)

Disappears is rapidly becoming an essential Chicago band and with good reason. And having just dropped a new EP, expect them to stick around. The only question is, will you be there next time?