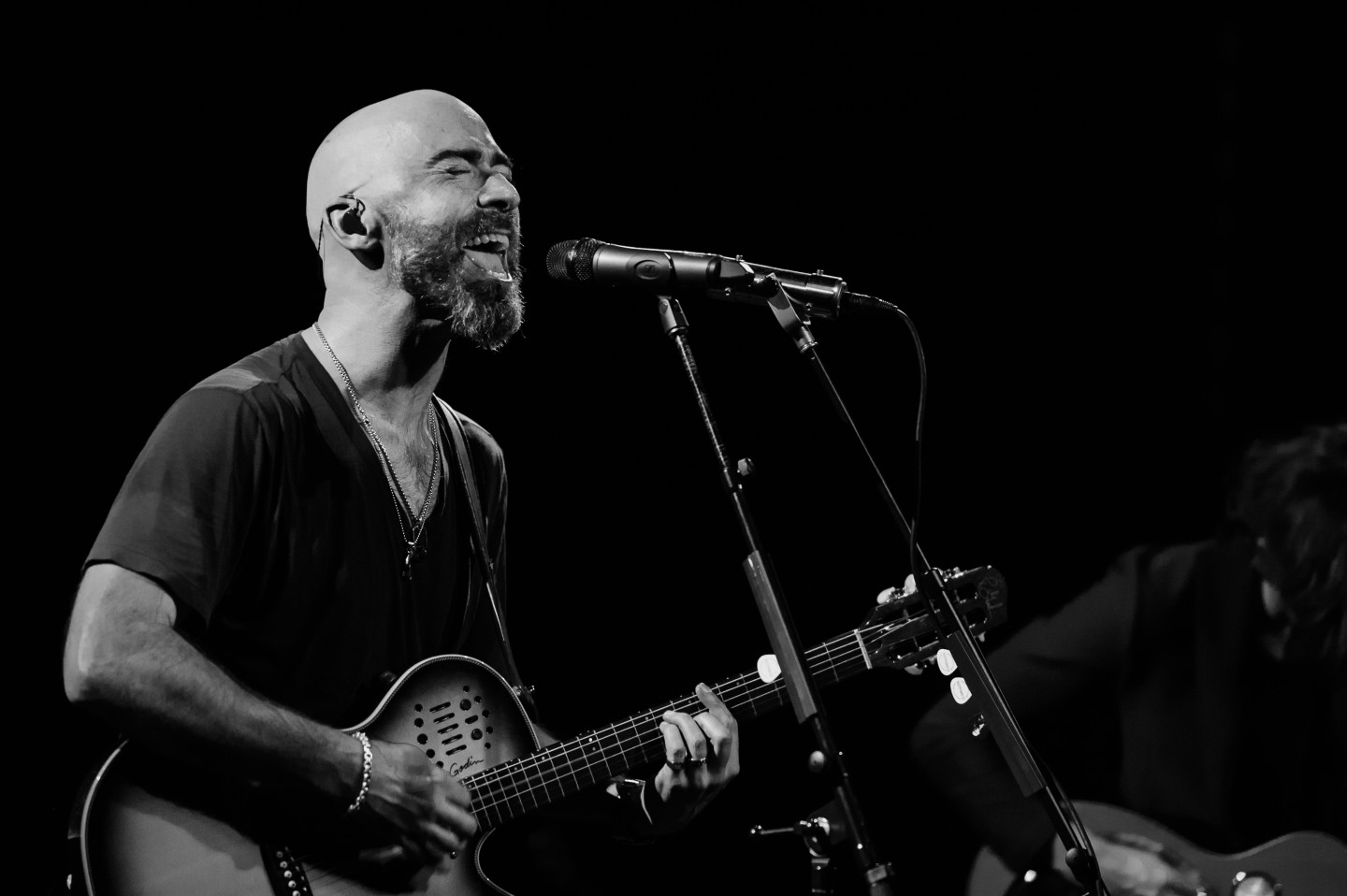 Throwing Copper was the second CD I ever owned. For this reason the album will always hold a special place in my heart. Although, like most youth, I was unable to really connect with the album as a whole. I was more drawn to the singles like Selling The Drama, I Alone and Lightning Crashes. 20 years later I was able experience Live’s original lead singer, Ed Kowalcyzk, perform this album in its entirety accompanied by Zak Loy.

The show began with a video slide show of current events from the mid 90′s—when the album was making its debut. Talk about a time warp. The events displayed were the perfect intro to bring us back. Kowalcyzk shared tales of the recording and song meanings throughout the night helping us to connect even further. As if his spot-on vocals and passionate guitar playing weren’t enough. While it may have been billed as an unplugged show I suppose we’ll just have to remain a little loose on what that means exactly.

Throwing Copper may be 20 years old. But I feel closer to it than I ever have before. And am proud to say it was one of the first I owned.