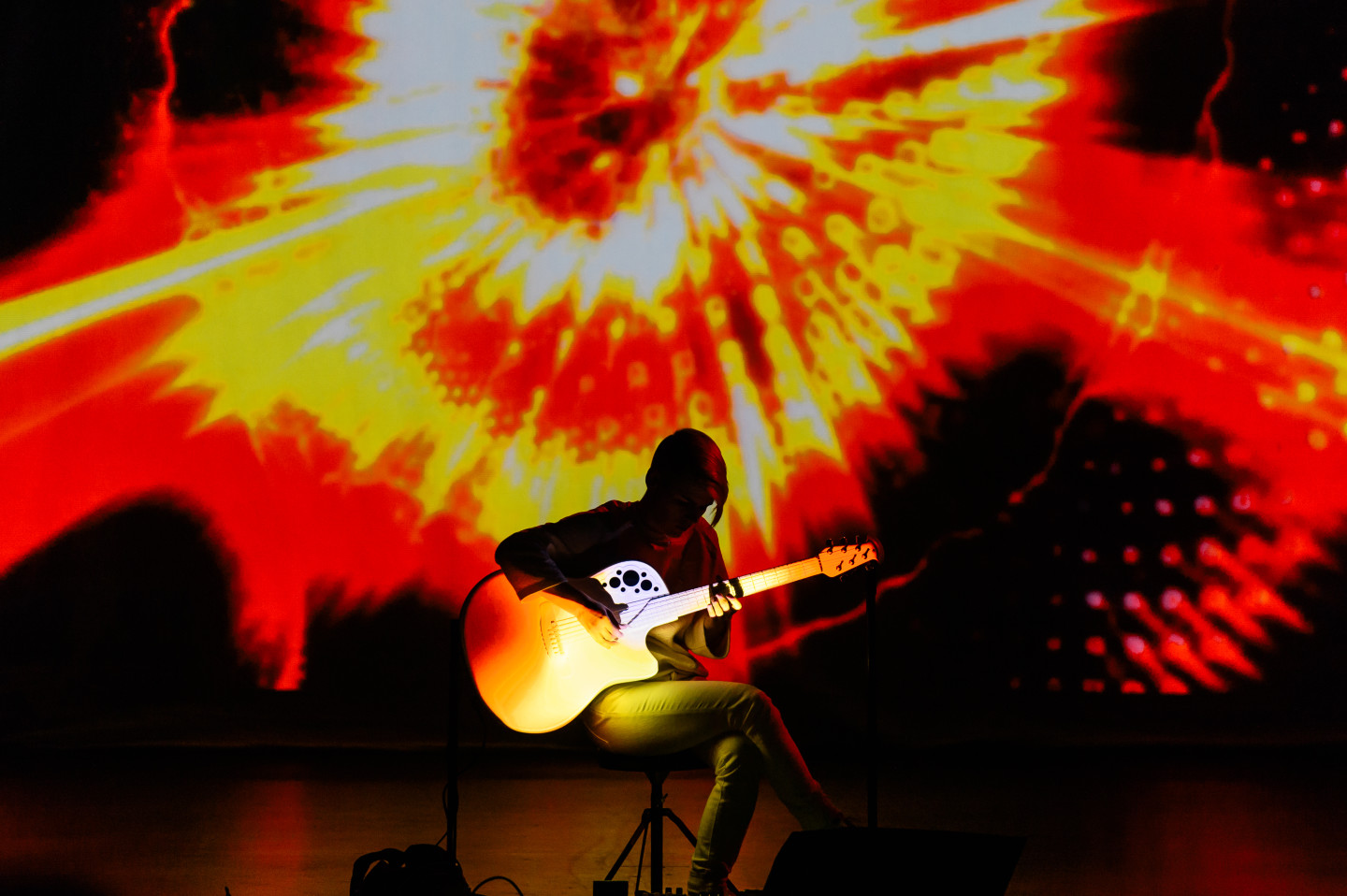 A neck is a bridge to the body, just like music is a bridge to the soul. From the first encounter to the last song, Kaki King made sure to turn everyone’s attention to the center-stage where a pale ghost-like instrument rested: the guitar.

The show started with screen projections as a way of narrating a story that encompassed ideas, thoughts, textures, places and feelings penetrated in sound. While one experienced an array of visual effects, she seemed to appear in and out of stage. It was clear she wasn’t holding the guitar, SHE WAS IN IT.

Her performance was speechless, continuous and exquisite. A contrasting variation of melodies. Based on my initial experience at The Triple Door, I would argue that Kaki King has a passion for contrast: light vs dark, soft vs hard, silence vs noise. Contrast was expressed through striking transitional melodies to interesting visual effects reflected on the guitar and the screen behind her. If you look her up online, one can confirm this idea of “contrast” by staring at the black and white photos from her new album. In my mind, there is no doubt she is a contrasting genius. Not only her music screamed contrast and innovation, but her personality did as well. She breathed her songs through introversion, and at the same time, was able to blow one away with her vibrantly loud and quite humorous interaction with the crowd at the end of the concert.

Kaki King’s new album soothes your soul while scratching at your skin. The show offered a shifting play between jazzy tones, acoustic, percussion and everything in between resulting in unified music. Every song was highlighted with visual projections that mimicked sounds with texture, motion and momentum. This performance does a fantastic job at merging the sight and sound experience. Visual effects varied from exploring new places to videos of materials and objects draping, deconstructing and vibrating in surreal spaces. Kaki King succeeds at deconstructing music into intention and vibration to create a three-dimensional music journey.