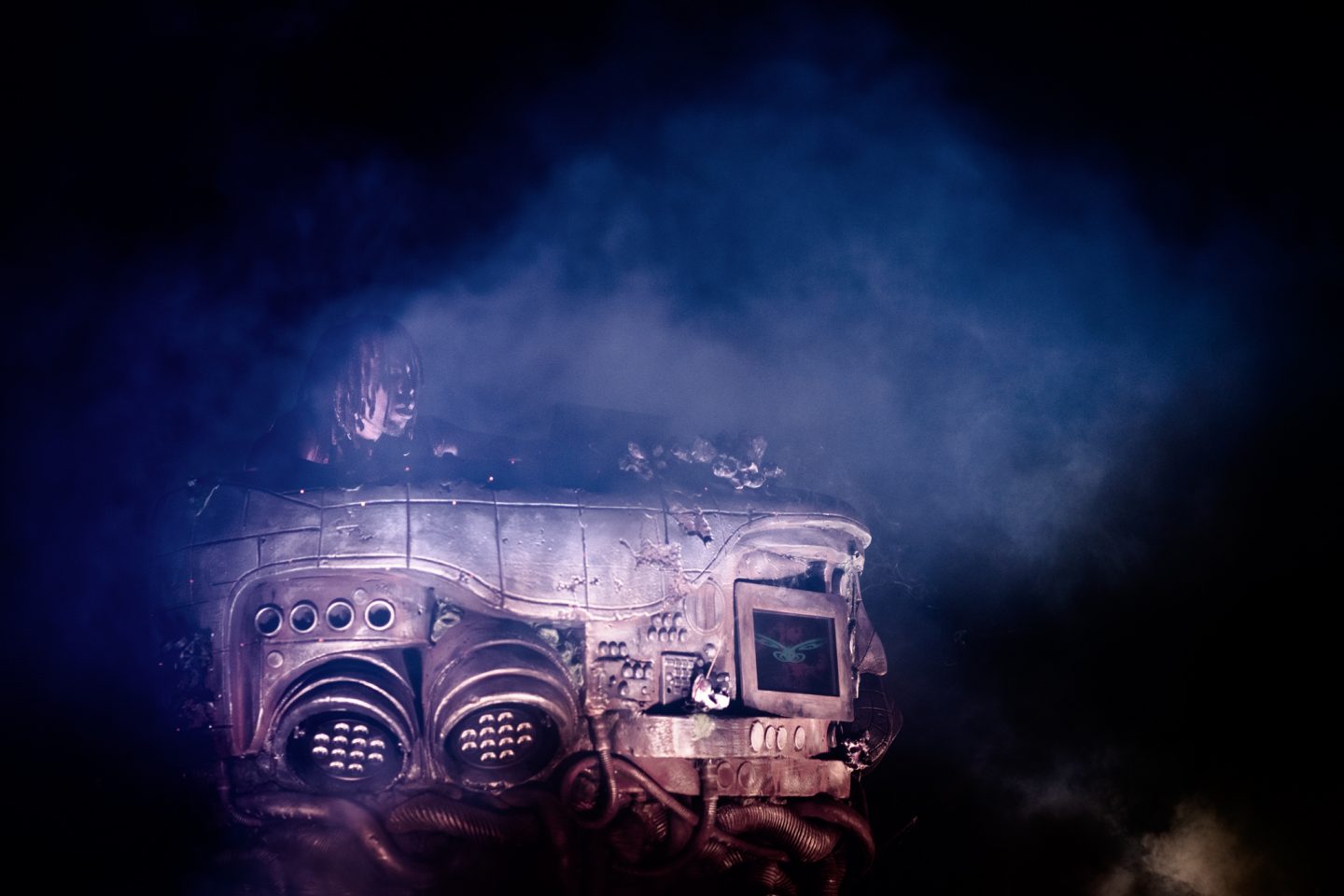 Flying Lotus at The Vic Theatre

Just when you thought the whole 3D frenzy was finally over, you realize it isn’t. Just as you thought no one – and I mean no one – would have 3D in their tour name, someone does. Just when you had forgotten how excruciatingly uncool these red and cyan 3D glasses were, you put on a pair. Just when you thought 3D shows were nothing more than a bucketload of nonsensical gimmickry, you find yourself standing in the epicenter of one, enjoying every second of it.

Flying Lotus, a Los Angeles based record producer, musician, DJ, filmmaker, and rapper, announced his current tour back in June. Accompanied by a brand new album, “Flamagra,” a 27-track collection of David Lynch influenced electronica (with contributions from the likes of Anderson.Paak, George Clinton, Little Dragon, and many others), the Flying Lotus 3D Tour promised to make the audiences “experience the unknown.”

The album and the tour have a “thematic idea” – fire. Or an “eternal flame sitting on a hill,” as Steven Ellison (that’s Flying Lotus’ real name) has described the concept behind his latest achievement. The sold-out Vic Theatre may not have witnessed the “unknown,” but there was fire. A lot of it, created by clever visuals and mesmerizing holograms.

And there was, of course, the man himself – Flying Lotus or “electronic Jimi Hendrix,” as some of his followers call him, deservedly so. Standing in front of LED screens, he looked more like a pilot from a “2001: A Space Odyssey”- Esque fantasy than a DJ from California.

But that’s the beauty of show business: if your artistic goal is to make people gasp ‘Wow, does that exist? Wow, is this happening? Is this is possible?’, then that is what you do.

Bastille at The Greek Theatre

A vintage television set, a staircase, and a circular spinning turntable.