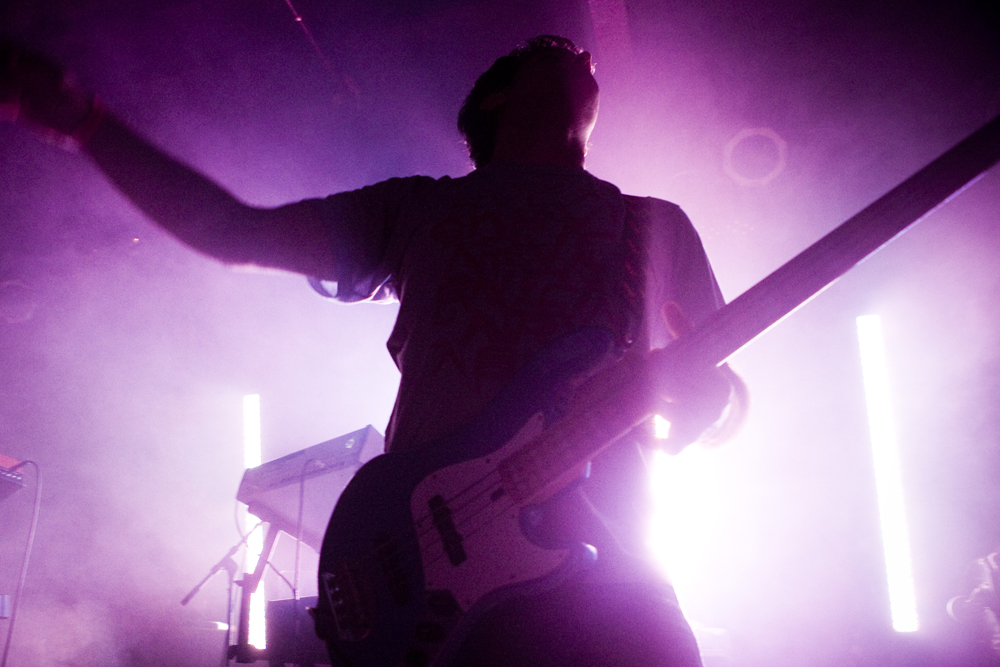 Unless you’ve played Nintendo while tripping balls or rolling hard you won’t know quite what to expect at a Future Rock show. There’s enough equipment on the stage to outfit a Guitar Center and a Best Buy and everything is wired – including the drums. The stage is littered with more cords than most modern pop music, and the three men responsible for their use made sure to provide enough chords as well.

Amidst a crowd of future Alcoholics Anonymous attendees dubstepping like it’s a career choice (I was literally astounded by the amount of drunk people), they showed a huge collection of home town fans what your brain feels like on Future Rock. Turns out it’s the only migraine you’ll ever enjoy. The constantly changing rhythm and pace induces euphoria as much as epilepsy, and the crowd is more than happy to oblige with what passes for “dancing” at a show like this.

As Mickey, Felix and Darren switch between keyboard, synths, drums, bass (sometimes simultaneously) – all the while recording live loops – it’s very apparent that multi-tasking doesn’t really begin to cover what each of them are capable of. While all of that chaos is transpiring, without skipping a beat, they also manage to slip in a fair bit of headbanging and horns. Outside of a few brief pauses for silence, it was a seamless, brain rattling, bass thumping trip down electric avenue.