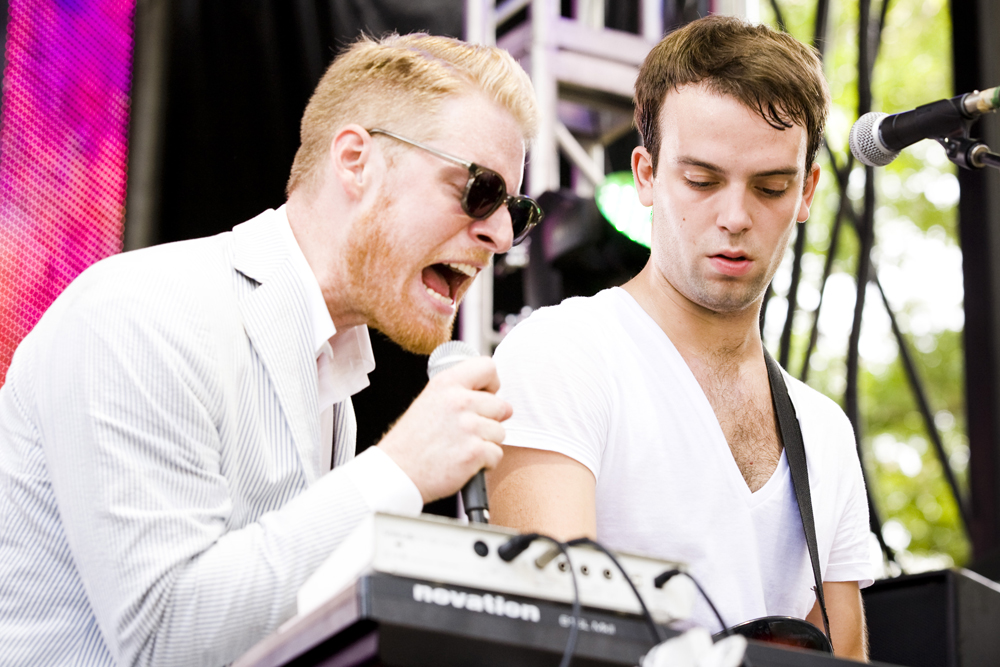 The gentlemen of Gemini Club are pretty much family around these parts. We’ve covered them live, interviewed them and seen them DJ at more than one well known club in the city. In other words, we’re intimately familiar with their music and their stage show. But we were still completely blown away by their performance at North Coast 2011.

The visual odyssey morphed from mushroom clouds to smoke to magnified cell structures to multi-colored, amoeba-like shapes to their own logo. The come-hither lilt of the harmonic vocals was framed perfectly by electronic samples, drum cadences and perfectly depressed keys – all before being projected at approximately this-is-really-fucking-loud decibels. Seeing as how no one in this band is capable of doing just one thing, it’s no surprise that their amalgamated sound plays well when blanketing a crowd also absorbed in a stage and light show.

But it wasn’t all sunshine and rainbows, there were some bad parts too. Actually, correction, it was all sunshine (there may or may not have been rainbows). The production level of the videos alone far surpasses shit shown on MTV and in Hollywood and it was almost completely wasted in the daylight. Additionally, most people that like Gemini Club enjoy dancing to their music and drinking – not necessarily in that order. No one enjoys dancing in the middle of the day, outside, at 1pm when you’re hungover. As for the sound, we’d be remiss if we didn’t mention the terrible levelling. Gemini Club was up on stage busting their asses to put on a killer show, but there were certain parts that just, well, sounded like shit. We have a few points of reference for the quality of their live performances, so we’re thinking it’s probably not their fault.

There aren’t many bands that we would go see in the early afternoon when the party from the night before ended a few scant hours earlier – Gemini Club is one of those bands. Even with the daylight and the occasionally poor mixing, the guys put on one of their best shows and one of the most entertaining of the entire festival.