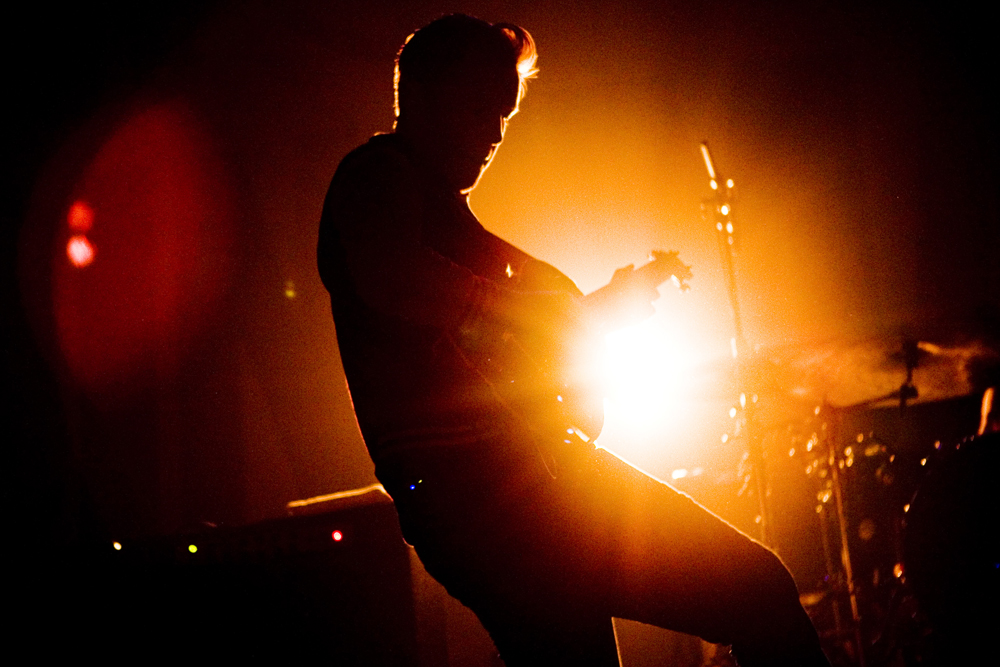 Two Door Cinema Club was a guilty pleasure that I didn’t think any of my other friends had heard of. Apparently the feelings were mutual, as Two Door Cinema Club hit some mainstream fame in the United States this past year, and we each casually admitted to being long time fans. Whether they are all fair weather fans remains to be seen, but walking into a sold out Vic was both surprising and exciting. They are riding high on their 2010 release Tourist History and on good measure. It is catchy enough to catch the glimmer of mainstream success–without sacrificing their musical genius.

They took the stage about half an hour late, but with late 90s dance music pulsing throughout the Vic, most barely noticed time had elapsed because they were too busying twirling imaginary glow sticks. Alex “Scott Howard” Trimble and friends slowly took their places to a roaring cheer. A single strum later, they owned the stage. Alex’s Irish accent mysteriously vanished, and if you weren’t already a fan, it would be ridiculously difficult not to become one. The Vic’s natural acoustics only intensified the melodious experience brewing on stage, and the Two Door Cinema Club experience was well underway. There’s something about upbeat and heartfelt music coming from a man rocking a red varsity jacket that makes you want to relive joy that only mid-to-late 80s cinema can do.

Somewhere between a better-than-the-album performance of “What You Know” and recognizing Sam Halliday’s striking resemblance to George McFly, I realized what I was missing as a Two Door Cinema Club fan was the live performance. If you haven’t seen them perform live, you are missing the complete package. Many bands don’t meet expectations from speaker to stage, but Alex and friends not only met and exceeded expectations, they raised the bar for any band in the future.