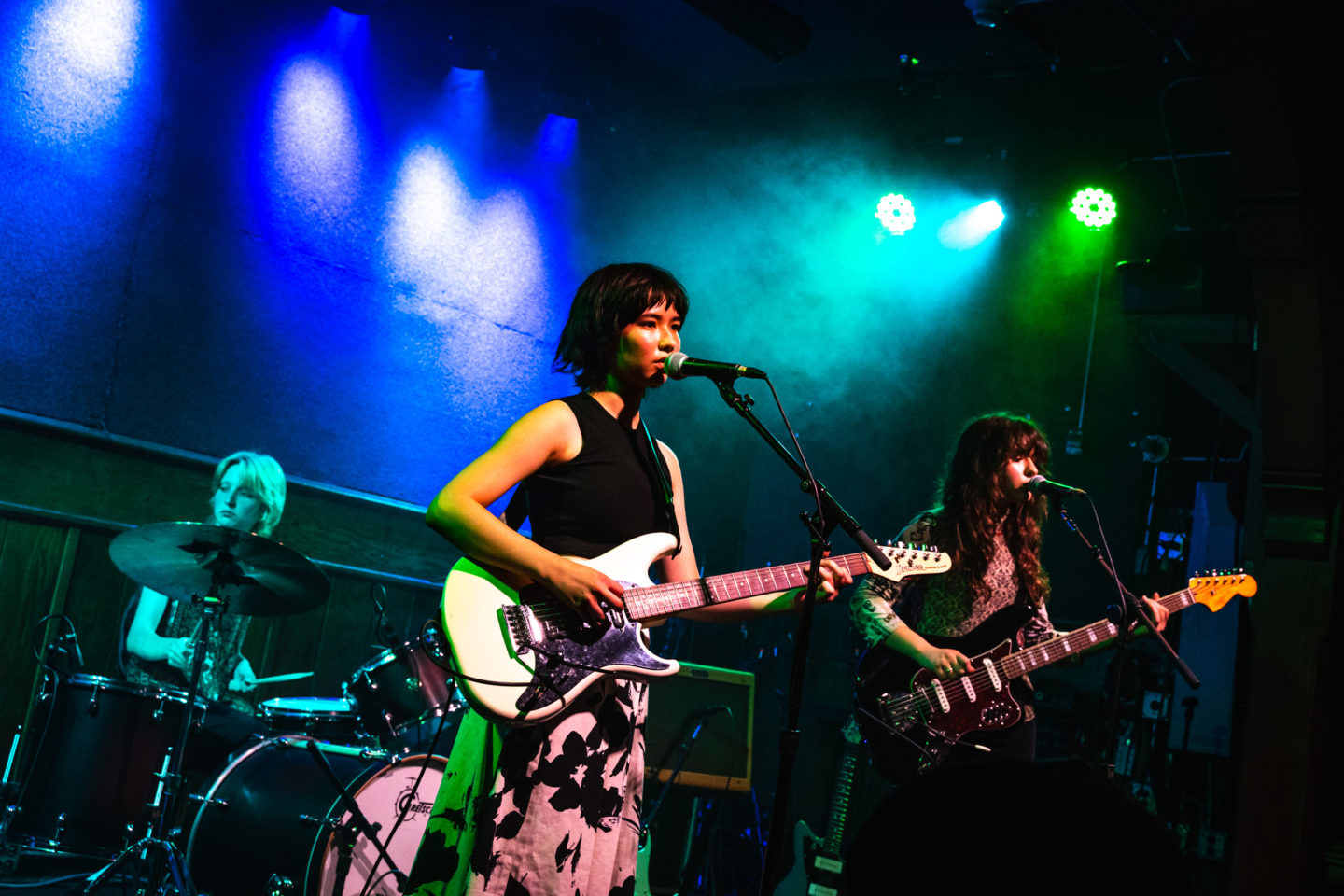 Local youngster upstarts Horsegirl treated a packed Schubas house to an excellent indie band welcome back party. The trio is comprised of 17-18 year olds Penelope Lowenstein, Nora Cheng and Gigi Reece. Age doesn’t necessarily need to be brought into these discussions, but let’s go ahead and acknowledge that being on the bill of Pitchfork Music Festival 2021 and being listed on the Matador Records website, one tap away from Interpol, deserves a decent serving of props.

The evening’s crowd was an expected mix of friends, fam and local scenesters stoked to be out at a show. You’d think the band would have gushed more about being glad to be playing in front of an audience again and all that, but they impressively stayed true to their aloof, punk rock indie aesthetic on stage. Co-vocalist and guitarist Nora Cheng broke and gave the tiniest smile for a millisecond, when she announced “this is the hit” before easing into Ballroom Dance Scene. While Reece held down the steadiest of grooves, Cheng and Lowenstein traded vocals, harmonized and created a wall of sound and swirling effects as songs started and ended by morphing in and out of various verbed/delayed out interludes. They kept the set moving along with a creativity and maturity often not seen in musicians twice their age…no weird “local band” silent awkwardness!!! And you wouldn’t believe all that texture, tone and sweet delayed distortion walls were coming from a couple tiny combo amps and a few pedals. Horsegirl takes the simplest gear and songwriting concepts and weaves them into arrangements and sonics that greatly outweigh the sum of their parts.

Given the colossal impact that the last year has had on society at large, and in this case, the arts in general, let’s just say that us Chicagoans are all too ecstatic to be able to take in live music once again! And what great timing to catch a rising star like Horsegirl.

Believe in science and Minor Moon