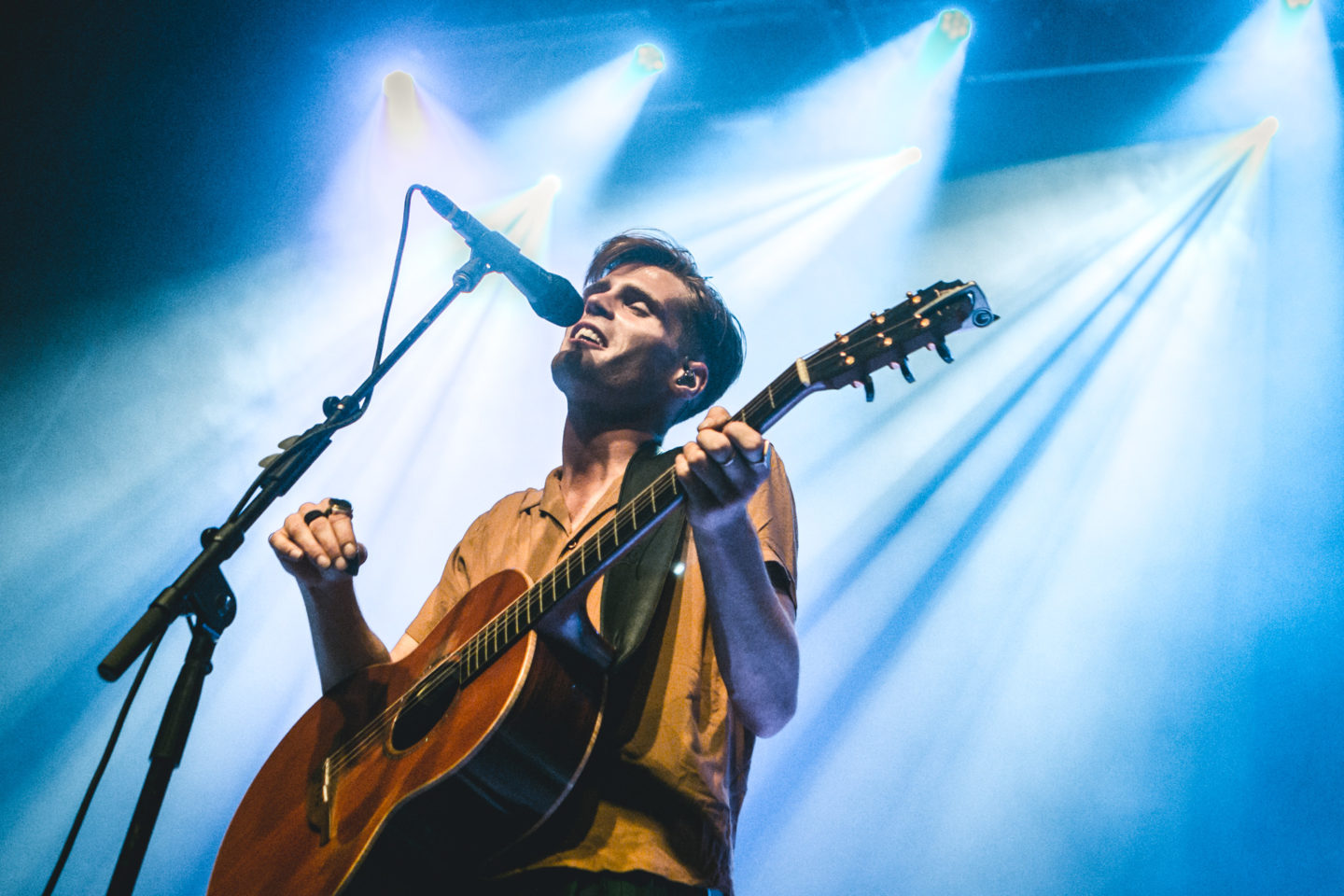 Dublin, Ireland’s Hudson Taylor started off on a strong note with the crowd by opening with Travellin’. With the first words, “Here I am. In Chicago”, the crowd erupts into euphoric acceptance of the customized lyrics. From there, the energy continued into the set.

Although it’s Harry and Alfie Hudson-Taylor for whom the band is named, one can’t ignore the fact that other band members help drive this folk powerhouse to fruition. Out on the road, in support of Hozier, this is a band that can really jam together. One can’t help but want to hang out with this group and all of their closest friends. Alfie’s continuous energy continues to bring the crowd in, with a smile that isn’t only infectious but shows us his passion for playing much like the other band members.

The crowd was engaged for the show and took many opportunities to sing along with the band. The middle of the show came with a delightful surprise; the keyboardist showed us his Irish tin whistle skills as if it seemed to be a nod back to the homeland. The crowd was in complete agreement as they let out a rush of cheers in enjoyment. At the end of the set, several concert goers asked again for the band name as to make a musical book mark to definitely check them out.

Equally significant, was that their newest record, Bear Creek to Dame Street was released the same day as this Chicago show!

Check out “Travellin’ which was also their set opener.