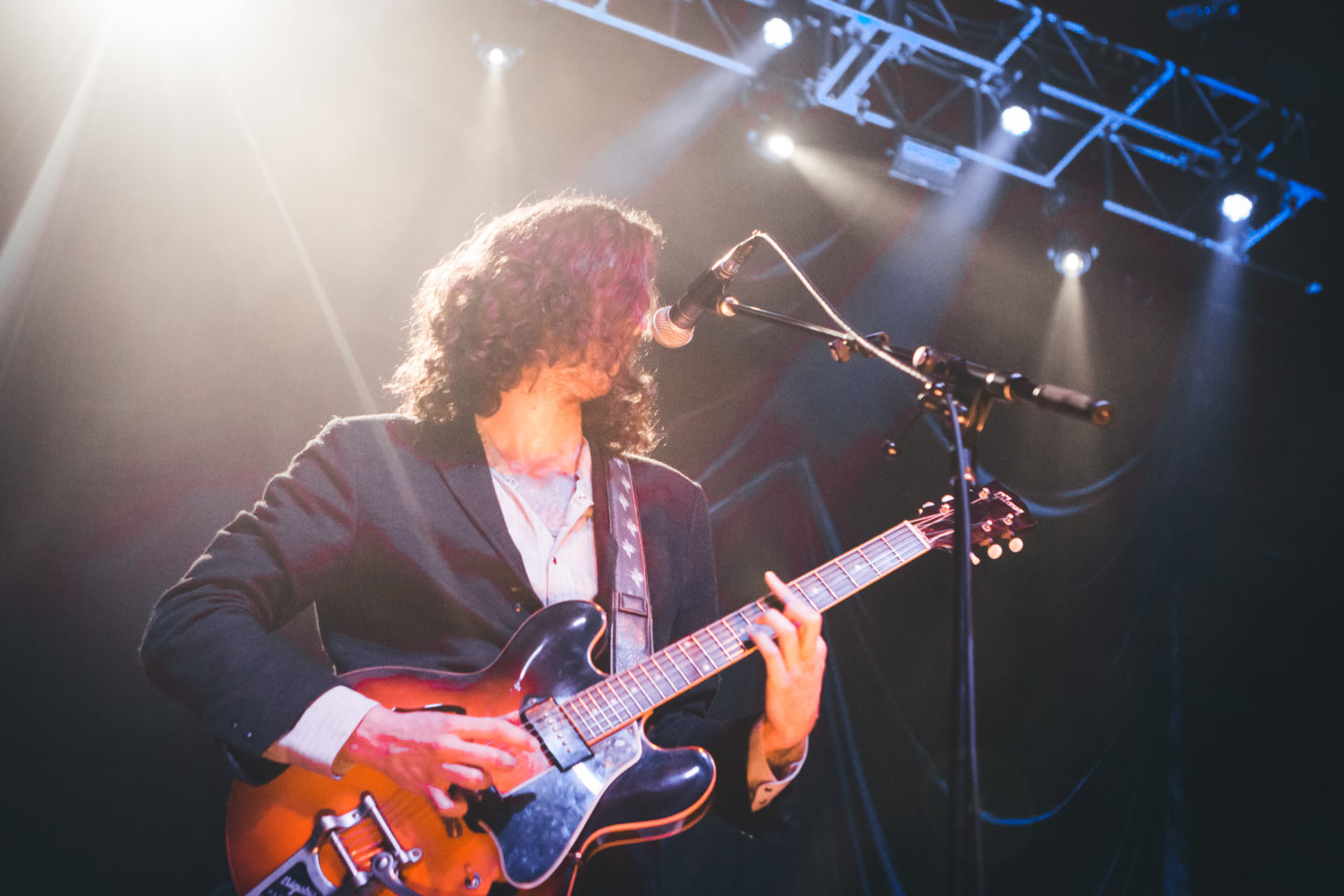 Concert opener Hudson Taylor did a tremendous job of delaying anticipation for Hozier, that is, just until the lights dimmed and Hozier took the stage. At that point all things broke loose into mad excitement as the band started their set list for the night. And what was contained on that set list was a beautiful mix of musical styles. I heard everything from blues to gospel, from folk to pop, and one song had a bit of swing influence in it.

This was not surprising given the ability of Hozier to produce a chart topping song, “Take Me to Church.” That masterpiece aside, there were some serious deep cuts in the mix that night that left fans screaming for more in between songs. In fact, the exuberance from the crowd was so violently loud, I had to reach for my ear plugs multiple times. But, thankfully the next song was already queued up. At one point during the song “Shrike”, one dedicated fan fainted and became surrounded by concerned fans asking to stop the show and to help. To be fair, it was seriously hot in the theatre from all the excitement and being a sold out event. The show took a quick break to check on the patron who turned out to be OK. The concert continued.

At another point in the show, Hozier took a moment to talk about his love for Chicago and how integral Chicago’s music scene was to his development as a musician. That development couldn’t have been displayed in a better manner than with his blues derived guitar licks that would have Buddy Guy giving a standing ovation. The mastery of blending all the sounds on stage was also impressive. There were two backup singers, one of which did percussion, a violinist, two keyboardists, a bass player who also doubled as a synth player, and a drummer keeping the whole machine in sync.

We also can’t forget Hozier with his hands at work picking and flicking different guitars through the night while releasing some of the best vocals that had both men and women’s toes curling in ecstasy. I couldn’t help but wonder who in Hozier’s life gets to hear the most intimate of guitar performances, and in reality, it was all of us that night.

It was a beautiful evening of karaoke, with fans of all shapes, sizes and ages joining in.

As the band took the stage, the echoes of excited screams filled the room.