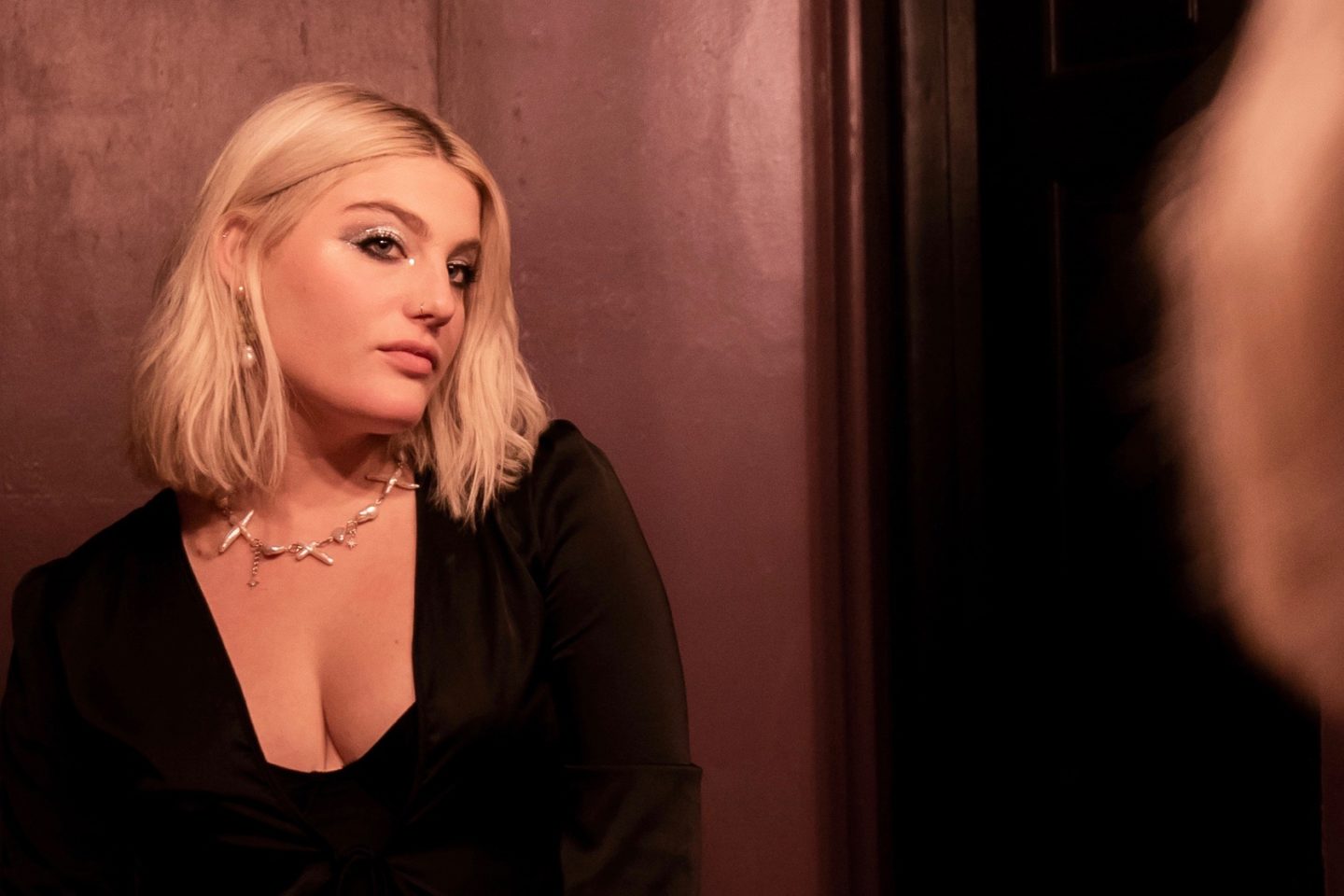 Lost In Concert had the exciting opportunity to sit down with 21 year old singer-songwriter ella jane before her performance for the Troubadour on her first headline tour. She writes about her own coming of age story and real-life inspirations to the soundtrack of her relatable lyrics and notable indie pop sound. She only started releasing music in 2020 and has found great success among Gen Z with millions of streams, her first few songs earning spots on popular Spotify playlists, and accumulating a strong community from Tik Tok of fans and friends who gathered in person for her current first headline tour, which continues on through the United States in February. Before she went onstage in Los Angeles, we talked about her recent sophomore album release Marginalia, her real-life connections and inspirations behind her lyrics such as The Great Gatsby and Euphoria, and, our hardest question to answer, which songs she’d love to duet with Taylor Swift.

Lost In Concert: Your father is a jazz pianist and you’ve mentioned that music was a big part of your life growing up because of him. Has jazz had an influence on your work at all? How did you sort of move away from your dad’s career of jazz to your indie pop sound?

ella jane: I think in subconscious ways jazz has impacted me a little bit, but it’s less that jazz has an actual influence on my songwriting and more that I feel very lucky to have been exposed to it because I think an appreciation for older music has really helped me discover my own taste in music and figure out what influences I want to imitate.

LIC: During the peak of COVID, you recorded and released your first single, “Nothing Else I Could Do” for a high school project on the Great Gatsby. When you released it, did you expect it to blow up in the way it did? Was music always your career goal?

ej: I definitely didn’t expect it to blow up at all. Nothing Else I Could Do was the second song I ever put out and the first one had a better trajectory than I thought it would because I really went into it blindly, I put it out independently and I even messed up some steps putting it out. That was when I started leaning into Tik Tok more and by the time I put out Nothing Else I Could Do, I had a bit more experience with self promotion and figuring out what people respond to. At that point I still had a very small following and not a ton of streams so I definitely didn’t expect it to get the playlisting that it did. It was just a nice affirmation to see some of those playlists happen because I didn’t expect them to. I think that I always kind of secretly wanted to pursue music. I come from a town where not a lot of people pursue anything creative and my parents were big supporters of my music journey but the idea was definitely that I would go to a good college and get a degree and get a job so I could have a good future, so I didn’t really associate having a good stable future with being in music. It wasn’t really until I started seeing some success that I considered it as a career option.

LIC: You released your sophomore album “Marginalia” last month, congratulations! Where does the name Marginalia come from and how does that tie into the themes of the album?

ej: Marginalia means writing in the margins, like annotations. I definitely don’t read as much as I used to but I’ve always read with a pen in hand and a lot of my lyrics are based on little words I’ve picked out from books or movies or shows or even real life conversations. I draw a lot of inspiration from different things that I consume. This album was kind of realizing just how much the things I consume influence my songwriting. I also started to see these songs as annotations of the events in my own life.

LIC: Your recent release “Crash Cart” is based off of a relationship from the show Euphoria. When you draw inspiration from fiction like you do in “Crash Cart”, or in “Nothing Else I Could Do”, do you still feel like you have a personal connection to the lyrics?

ej: Yeah, and I think that’s the only way I can really write the song. For me, in order to finish a song, I feel like I need to have a sense of purpose with it. Even though Nothing Else I Could Do is about the Great Gatsby, I very much resonated with the concept of unrequited love and unrequited crushes. And with Crash Cart, everyone was like “[The Euphoria character] Cassie is so annoying” but you’re like, yes but also everyone can relate to that feeling of wanting to settle for someone who maybe is not good for you just because they’re still giving you attention and affection. Definitely when I write about fiction I feel like I need to resonate with it somehow.

LIC: What is your favorite song on the new album, and what lyrics holds the most meaning to you?

ej: I really love Sore Loser, that’s just my consistent answer because I listen to a lot of music that sounds like that and I feel like I tend to make way more pop-leaning music so it was a nice indulgence for me. But my favorite lyric is probably the last verse of You Shouldn’t Have Said That [It looms with a promise / This cloud that I’m under / if quick is the lightning / then sure is the thunder / The silence between / Beating slow like a death march / But just for a second / It’s light ’til it gets dark]. Sometimes I feel like I’ll just black out and lyrics will spill out of me and that was the case with that. Sometimes I feel like it’s just what my subconscious has to say. I’m really proud of that. I love strong visuals and imagery and I feel like that gets the job done.

LIC: Our last question: If Taylor Swift invited you to be a special guest at a show on the Eras tour, which song of hers and which song of yours would you want to duet together?

ej: This is sending me into a little spiral…I would love to duet on Cruel Summer (that took me so long to answer) and then, for my own, I think she would kill it on I Wanna. Also just because on I Wanna we reference Out of the Woods and 1989 in general.

ella jane at The Troubadour

my overall dream is to be able to connect with people