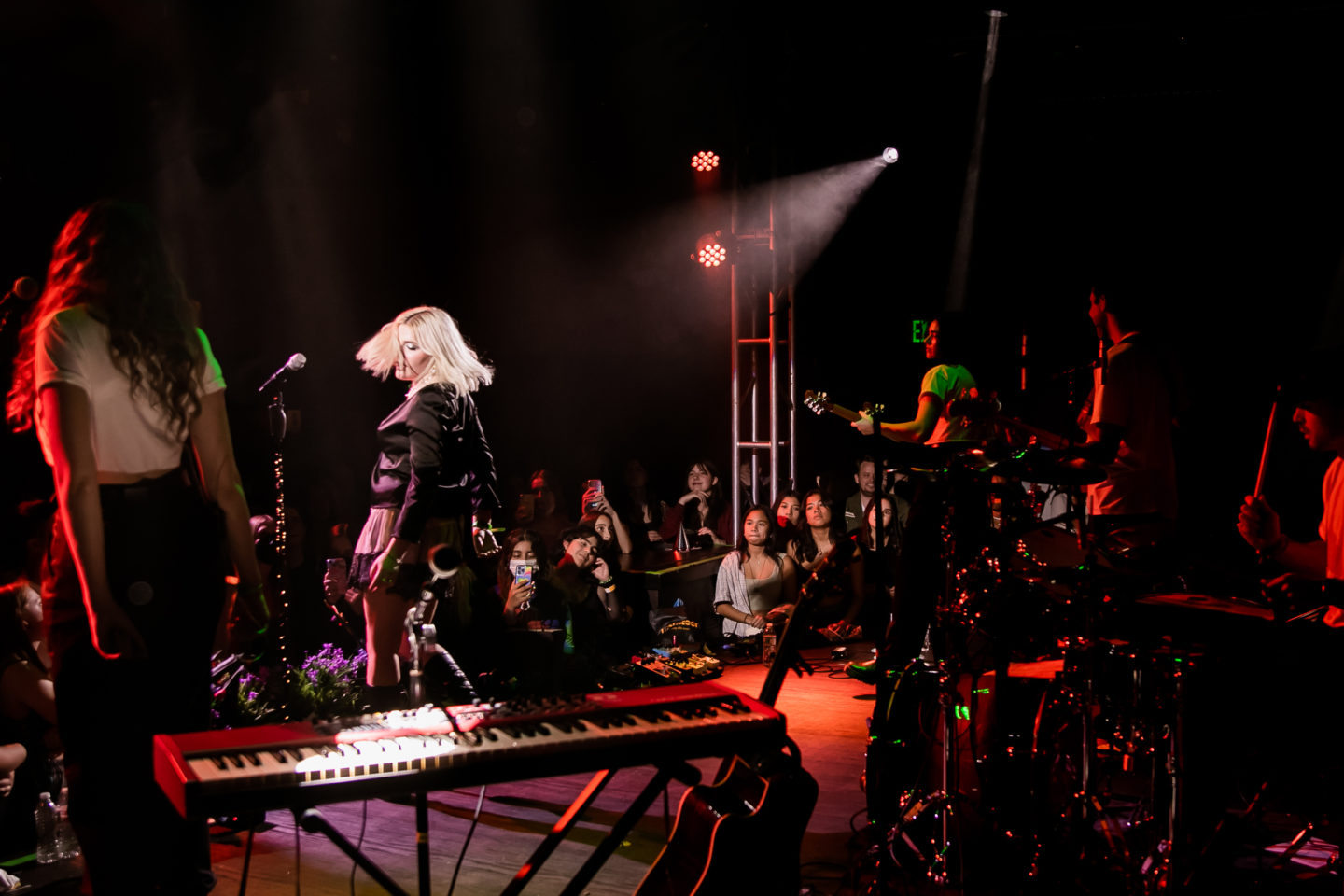 ella jane at The Troubadour

Rising indie-pop singer ella jane put on an incredible show last Saturday at The Troubadour in West Hollywood, Los Angeles. After the recent release of her sophomore album Marginalia, Ella has set off on her first headlining tour covering the United States. This was the second to last show within the first leg of her tour, which she will be continuing next spring.

The Troubadour, a historical nightclub venue, was full of fans, friends, and family waiting in anticipation for Ella to come out. The fans there were all dedicated and true to Ella which they showed through paper hearts and stars that were passed around with instructions to hold them up during different songs.

As the lights started to dim, the crowd grew quieter, and the room instantly became full of whispers and eyes searching for Ella. She started the set with the leading song on the album, “7”, in which the crowd was instantly hit by her stunning voice. Ella continued with the set, playing her hit songs that included “bored&blind”, “AUGUST IS A FEVER”, and “I Wanna”. She even played a unique acoustic cover of Katy Perry’s hit song,“Teenage Dream” which was a huge crowd pleaser.

She finished the set with her first released single “The City”, leaving the crowd in awe of her breathtaking vocals and encapsulating stage presence. As she exited the stage, the crowd started to chant for an encore, which was shortly granted to them. Ella came back out for three more songs, starting with “Crash Cart” a song based off of a relationship from the hit television show Euphoria. She followed it up with a fun interactive version of “Calling Card” in which she split the crowd in half to help sing the background vocals. She ended the encore and the night with her most popular song “Nothing Else I Could Do”, leaving the crowd in absolute awe of her and her headline performance. An unbelievable voice paired with an entertaining stage presence made for a truly amazing night from Ella Jane’s first headline tour at the sold-out Troubadour.

Alix Page at The Troubadour

Making the most of her 21st birthday

Joshua Bassett at The Troubadour