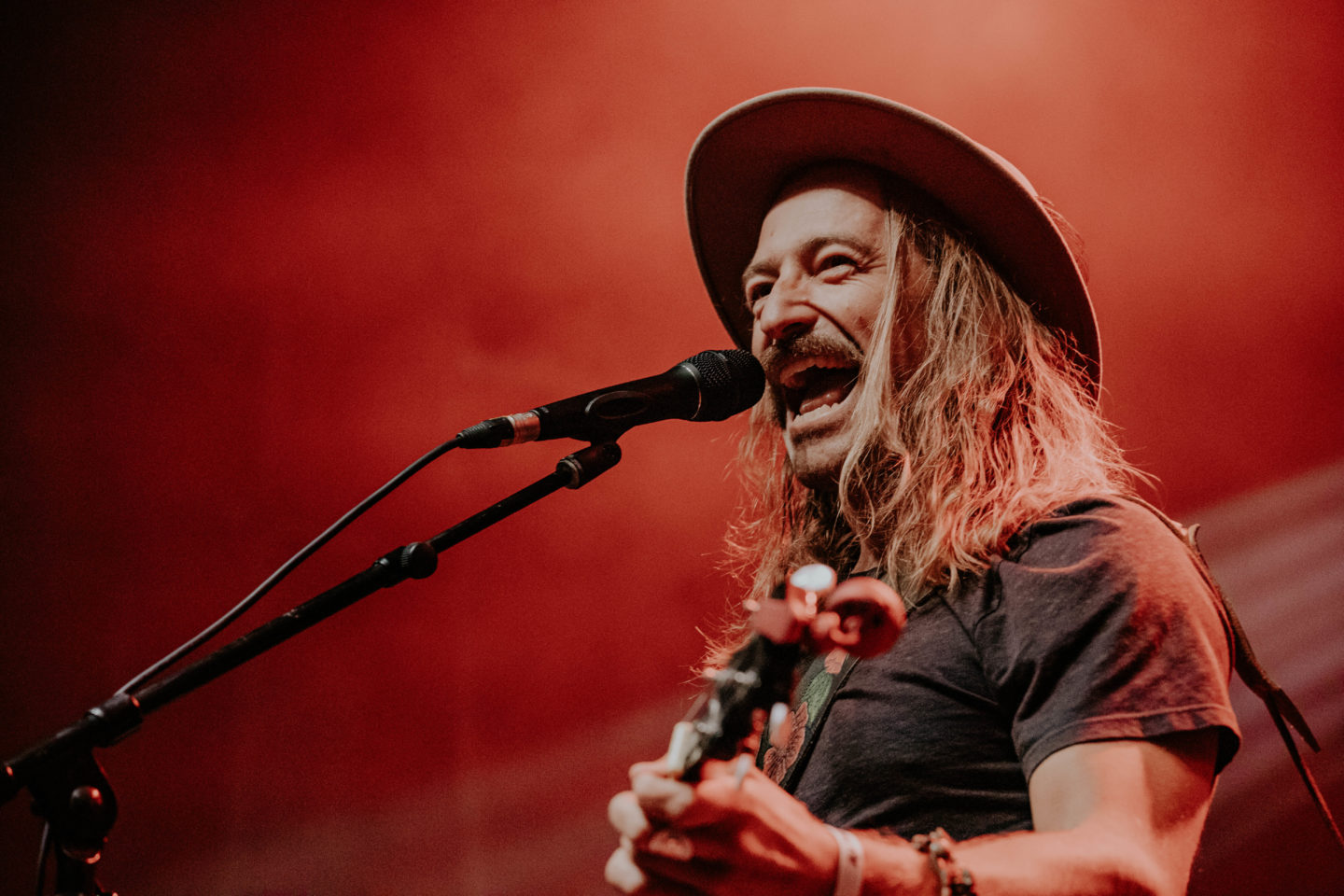 Closing out an epic weekend at the All Ways Home festival in Langford BC, local blues-rock musician Jesse Roper gifted music fans with a whopping dose of rock and roll.

Easing in with the banjo-driven ’Horizons’, Jesse basked in the moment — so full of joy to be reunited with the stage and a large crowd full of happy people. Before diving into the rambunctious crowd favorite ‘Red Bird’, he opened his arms up wide and shouted “I’ve missed you guys so much”,  to which people cheered and embraced each other, grinning from ear to ear. The triumphant return of live music was here.

As if no time had been lost, the familiar electricity of being surrounded by music lovers came crashing home. The captivating performer moved around the stage with abandon. His soulful vocals, rich layering, and soaring guitar solos on songs like ‘Access to Infinity’ and ‘Hurricane’ lifted the spirits of everyone in attendance.

One of the most mesmerizing moments of the night came when Jesse posed a question:

Things then got very strange in the best way possible. “Aeiou” is probably one of the wildest phonic moments I’ve had at a show [IYKYK]. Taking the vowels from the alphabet, Jesse strings them together in a deep bellow to create a gravelly, tribal chant of sorts. Yes, it’s weird. Yes, it’s amazing and yes, you should go to a show and experience it for yourself.

With gratitude overflowing, Jesse shared gifts with the crowd — homegrown produce, straight from his garden in his hometown of Metchosin. I’d be remiss if I didn’t mention his super-duper gardening video series “What’s in my garden, Man” where he shares his gardening escapades with fans and followers.

Returning to the stage for an encore in bare feet, Jesse was at home. Leading us into a new song about his love for performing and how if it were up to him, he’d be happy to go out of this life with a guitar in hand, performing to an adoring crowd. It would be sobering if it weren’t so lighthearted. Leaving the show on a beautifully poetic note, the crowd dissipated in a blissful state after a weekend full of celebration and great music.