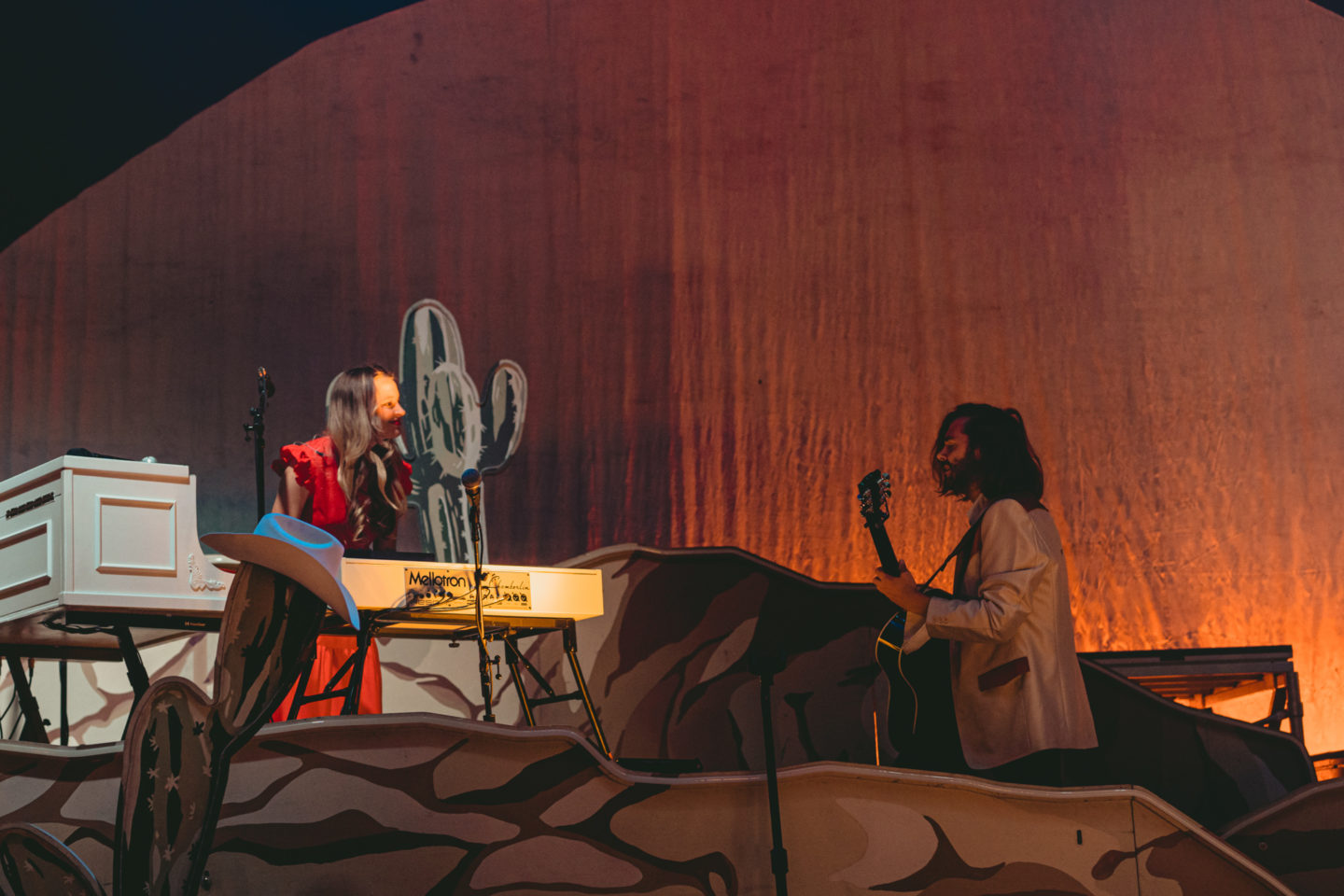 Lord Huron at the Orpheum Theatre

Underneath the high intricate ceilings of the Orpheum, the crowd was buzzed with a little beer and a lot of anticipation that seemed to get them swaying even before they took the stage. The minute the lights went up, the crowd was on their feet, dancing to the heartbeat of Lord Huron.

Lit up with neon lights that illuminated the rise and fall of the songs, the stage was set with a theatre-inspired desert scene. For the rest of the night, it would be the playground for lead singer Ben Schneider to move, sway, and lose himself in his performance.

Beneath his soft but strong voice was a warming combination of Elvis-inspired 50’s rock with the sad heartbreak of a lone country singer. His talented band filled out his unique tone with a mixture of electric instruments, acoustic guitar, vocals, harmonicas, keys, and cello. The marriage of all of these brought forth a night that was dreamy and vibrant and rock and roll all at once.

Schneider’s background in visual arts was a clear part of his character and performance. It was an experience that delivered you into what felt like the outskirts of an Arizona town or under a moon-lit night near the Rockies. His transitions were filled with chords and vocals that teased you like a vivid dream. At one point, coming out with a skull mask to serenade us with his song, “Not Dead Yet”.

Prior to this night, I felt like I had missed sentiments of his music that came alive only now. In a bolo tie, cowboy hat, and long hair, his desert, indie cowboy persona felt like salt on the notes of his songs—bringing to life part of him I had naively missed while letting him fill the background of long car rides or dinner parties.

It was a night that took you away into a place and story beyond the walls, which in my opinion, is one of the greatest gifts of music. Lord Huron delivered to his faithful fans the beauty and magic of art and storytelling in a way that I most definitely will not forget.