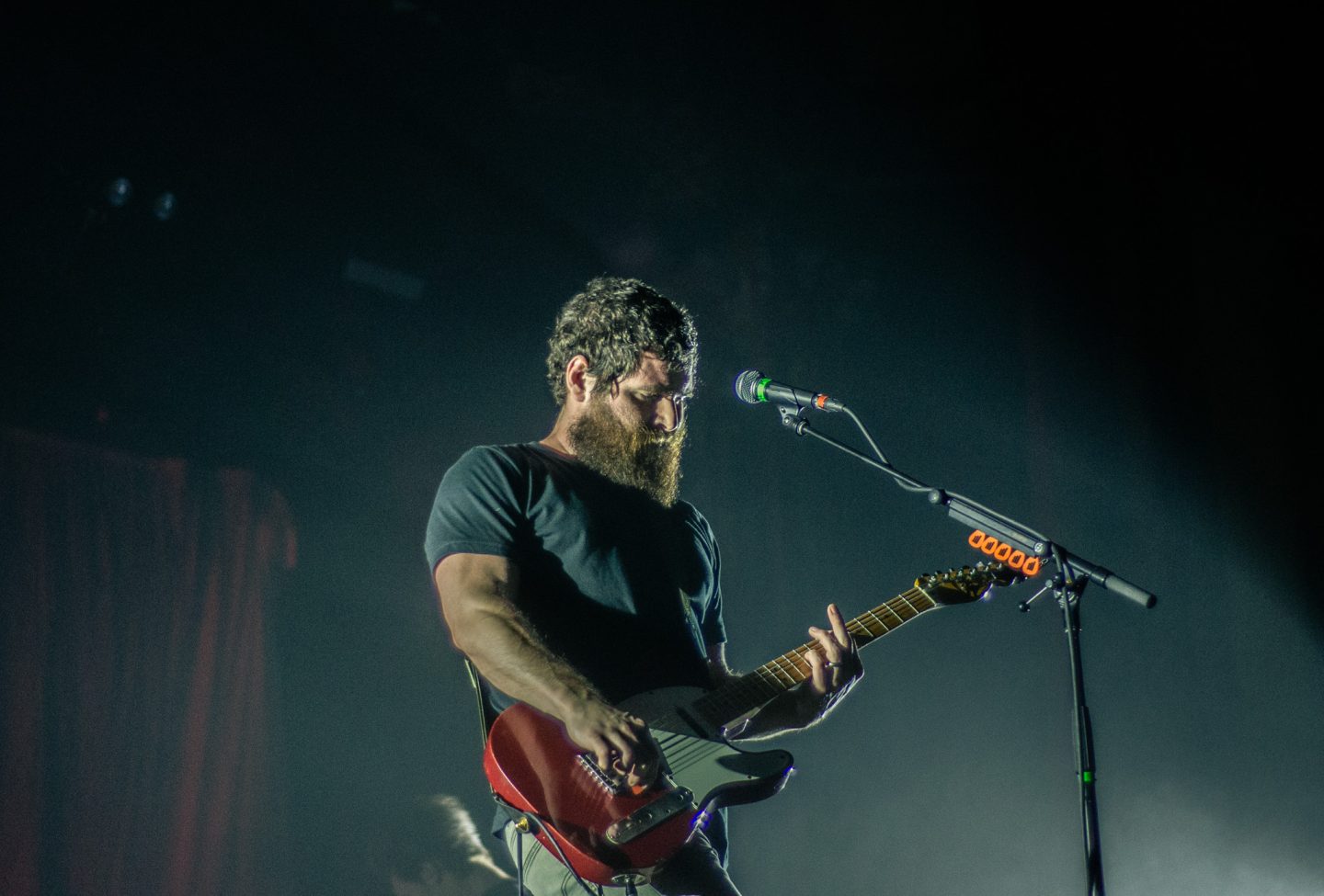 Manchester Orchestra at The Aragon Ballroom

Manchester Orchestra brought their incredibly robust, yet simultaneously delicate show to Chicago’s famed Aragon Ballroom on December 8th. They steadily traversed their catalogue, playing a variety of tracks across their collection of albums, only slightly favoring their most recent release, 2017’s A Black Mile to the Surface.

The band performed nearly entirely in the dark, intermittently backlit by floods of red or blue light or outbursts of strobes. Admittedly, it made the show challenging to capture, yet was incredibly visually congruent with the bands subtle strength and intermittent losses of control. Front man Andy Hull kept banter to a minimum and let the band’s sound speak for itself. Manchester Orchestra’s melancholy and sometimes almost southern twang sounding songs don’t immediately strike one as hard hitting, but the band surprises with outbursts of heavy and long winded riffs, complete with accompanying lighting.

Despite the setting being a massive music hall, the entirety of the set felt almost as if you’d been sat down in a house of worship to quietly pray, but ended up listening to a raucous sermon. The band is wrapping up their 2018 tour with a number of East Coast dates, culminating just before Christmas. The band signed off their set before their encore by stating they’d be disappearing for a while in attempts to write a new record and hopefully, subsequently, more tour dates to support it.

Bask in this delicate 2018 one-off track, “Allentown” and enjoy the photos down below:

Korn at the Aragon Ballroom