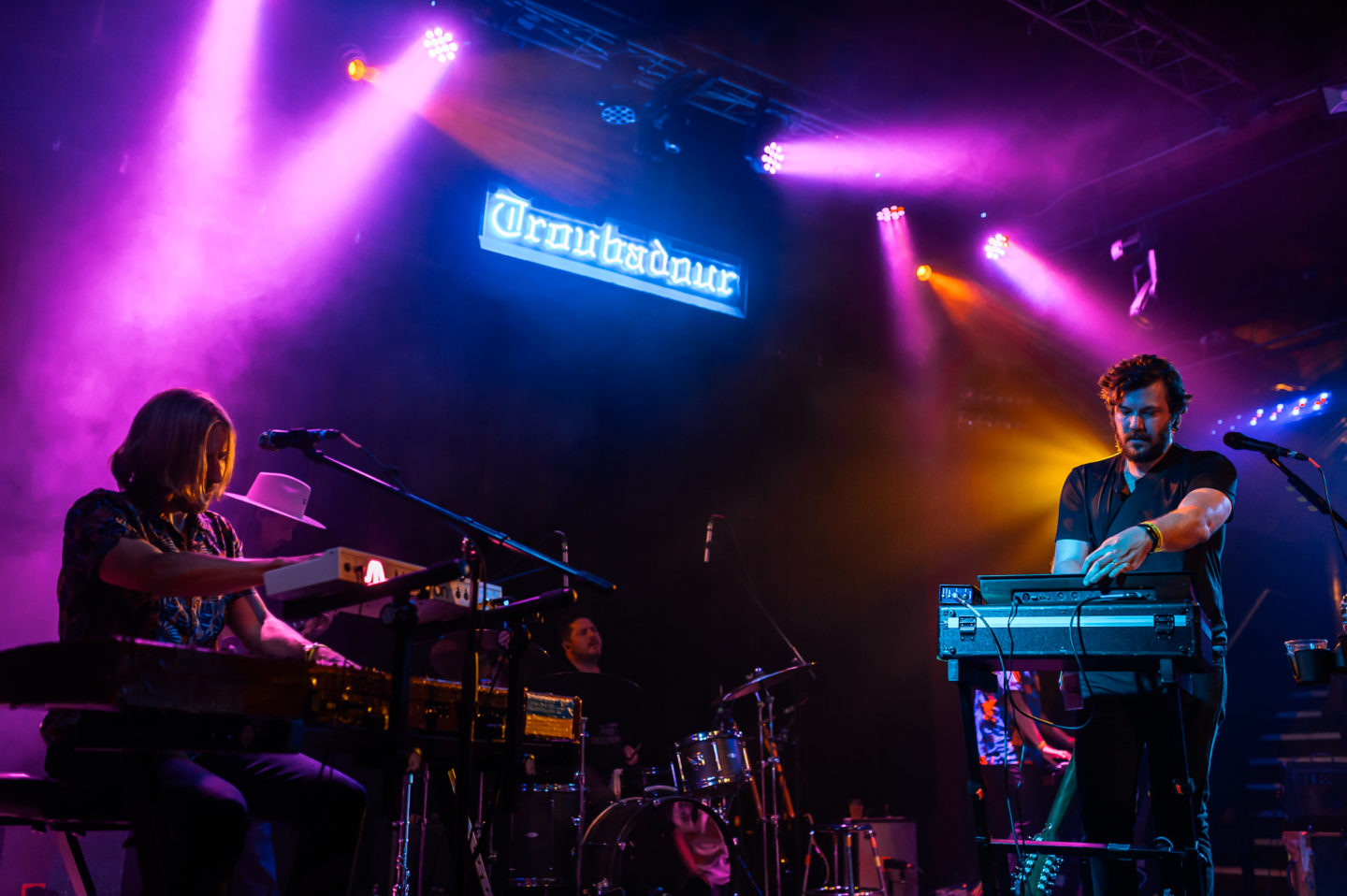 Midlake are more of an experience than a sound. It was sometime around 2013 when I experienced them for the first time. Granted, they’d been making music long before then—but their release of the track ‘The Old and the Young’ just hit me exactly when I needed it. Funny how nearly 10 years later I’m here writing about them. Honestly I had all but forgotten they were still around as happens with so many bands and songs. The band recognized their absence and elaborated to the crowd how they had been taking time off for other musical projects and some personal life projects which included starting families. Since they all live near to one another around the Denton area, as their families are growing so did their desire to get back and begin recording a new album.

If you’ve never listened to Midlake before it’s basically the closest to rock music that folk gets. Folk doesn’t do it justice really. Is folk opera a thing? I mean the harmonies and layers of sound coming together is more than 1 genre can contain. It feels more like they are trying to take me on a tour of a new world. And in this world, all of the different aspects of nature and life take form in their sound. Filled with rolling crescendos, multiple guitars, keys and yes even flute. This was the perfect end of the week release.

Is folk opera a thing?

The days of sheltering in place have left us with a greater understanding of being alone together. Watching from the crowd as each member played their part in the songs I couldn’t help but feel each was in their own space sending sound messages to all the others as if on some group message channel. These broadcasts were more like a conversation though. Connecting, syncing and progressing the song forward. Current frontman Eric Pulido recalled a similar message in between songs saying, “We’re in this together guys. You know.. like this billboard I saw earlier today: ‘Sick of STDs?’ You know, I am!” Of course everyone laughed and Pulido went on to commend the historic Troubadour venue and their excitement to finally be playing it.

He is only 3 years old and takes each day with more love and joy and gratitude than most anyone.

During their recent time writing and recording they’ve found lots of inspiration in their families. Pulido told us the story of a young child who is a constant inspiration to all of the band. Garret Noble Smith is the son of drummer and original band member McKenzie Smith. He is only 3 years old and takes each day with more love and joy and gratitude than most anyone. All this despite a rare brain disease which makes living much more challenging. The band then played a song they wrote for Noble. There really is space for each member to add whatever energy and vibe they want. There was a seriously long piano intro for Noble’s song that was absolutely beautiful. If you’re interested, you can learn more and even donate to lend a hand at Noble.Midlakeband.com.

Take a break. Put on an album by Midlake. Close your eyes. Escape.

The Fox & The Hounds at Subterranean

Watkins Family Hour at The Largo