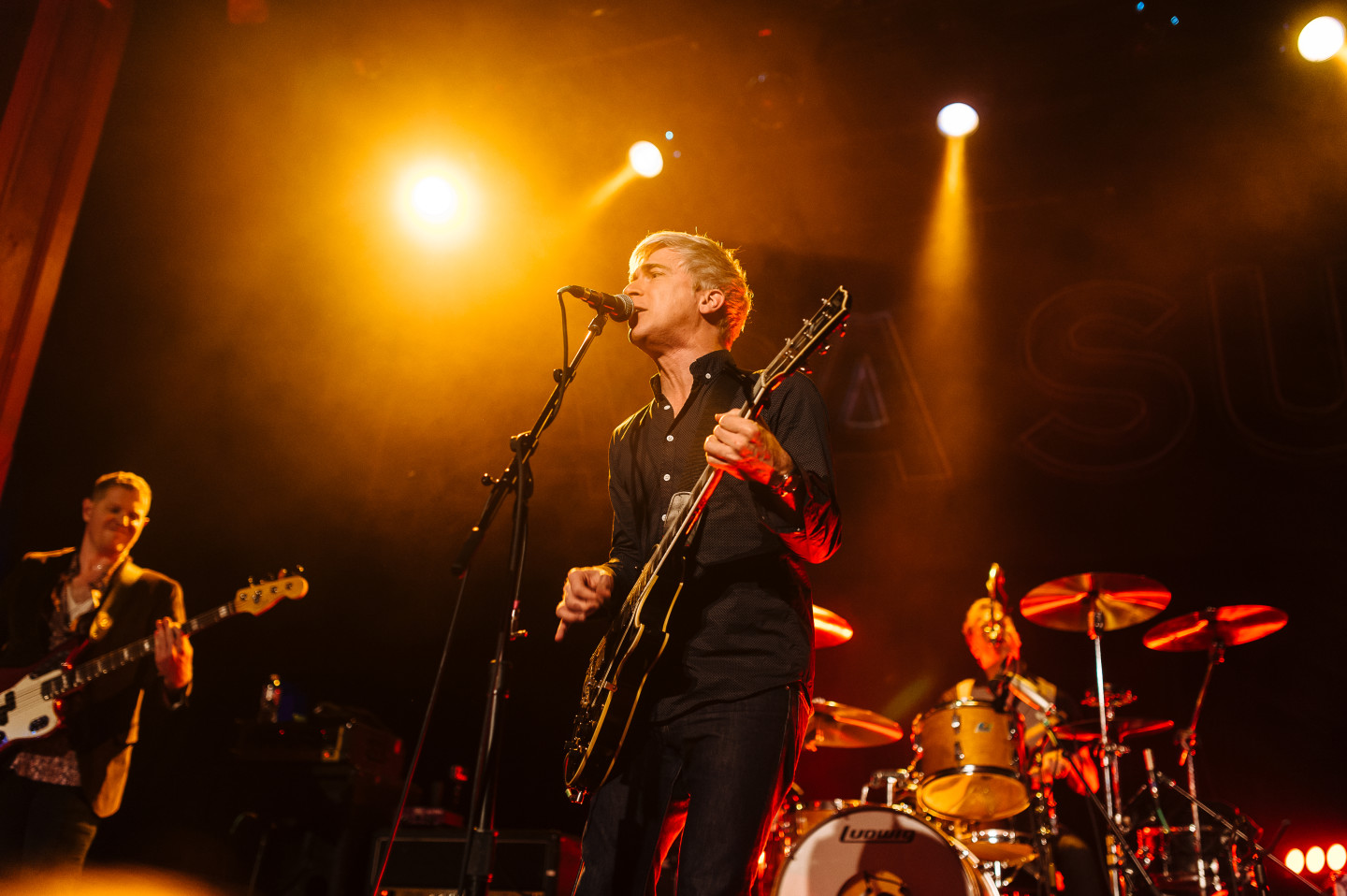 Less than one year after Nada Surf recorded “Live at the Neptune Theater,” the band returned to the historic venue for another round. Although the band didn’t originally reside in Seattle (they’re from New York City), Nada Surf represents a central piece in the mosaic heart of music in Seattle. They’ve got an infectious energy that’s hard to come by in a live music performance.

Nada Surf kicked things off with “Cold to See Clear,” the first track off their new album You Know Who You Are, before progressing on to “Whose Authority” and “Weightless” from 2008’s Lucky. The audience collectively inhaled every note and lyric, their full attention given to Matthew Caws’ words, reliving the songs that became so entwined in their consciousness after repeated listenings. About midway through their set, Nada Surf paused to remind everyone to stay late for a surprise. Comparing their set to a movie, we would be happy if we chose to stay through the credits. There was a buzz in the air, a couple people shouting out their favorite song names, throwing out guesses about what the surprise might be.

“You don’t have to be some kind of hero,” sang Caws along with his audience. The lyrics for “Alone in the Dark” echoed within the beautifully decorated walls of Neptune Theatre, “But it’d be good to get out of the dark/and get yourself around some other people.” After that song and feeling the audience’s pulsing energy, there was clarity; the audience is an integral part of Nada Surf’s remarkable live energy. The joy was infectious.

After an amped performance of “Hyperspace,” the band waved and started to exit stage left. Predictably, the audience called them back out, excitement in the air about their aforementioned surprise. Nada Surf rounded out the night with that very surprise: they performed an intimate acoustic rendition of “Blizzard of ‘77.” Unsurprisingly the audience sang along to every single word. It softened the edges of their set perfectly.

What do you take away from a Nada Surf show? What really makes them special? It becomes obvious after watching them perform. They are beloved for their one-on-one connection with audiences and their ability to make people feel a part of their story. The music transcends all pretentiousness. In a world where music artists are perceived as intangible or idols, it’s refreshing to witness the raw passion and realness that seems to translates to their fans during a Nada Surf performance.

OK Go at The Neptune Theatre