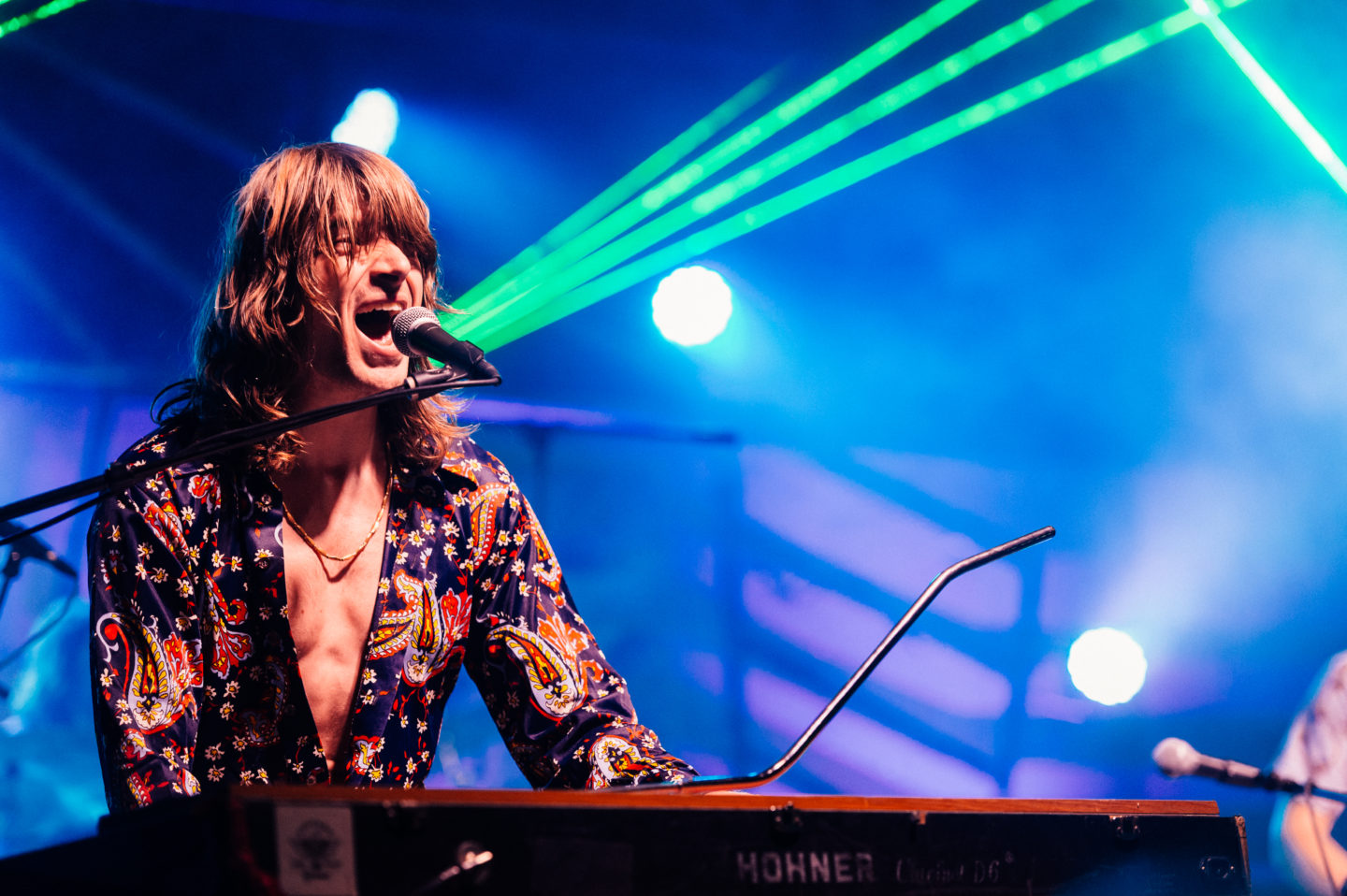 As I got to the front of the stage for Neal Francis’s set, the crowd was noticeably thin for 7:30 PM during the peak day of a music festival. While I was excited to enjoy a front row spot without sweaty armpits in my face for the band we’d been looking forward to the most, it seemed off given the thick crowd throughout some of the previous headliners.

Francis and his band started off mellow, but the beat quickly picked up as night fell and a crowd amassed around the stage. As they got into their groove, their set was filled with long, rhythmic songs punctuated by funky instrumentals and jam sessions that really allowed them to embellish and shine. At times, Francis’s deep crooning was giving me big Trey Anastasio (but better?!) energy, which I write with the highest of compliments. And the band’s groovy guitar solos and effortless keys — spanning from piano to synth to another instrument with a whammy bar that I didn’t even recognize (The Whammy Clavinet) — continued to draw in the masses.

As night fell and the band got deeper in their set, an almost-full moon rose behind the stage. I smelled a rogue stick of palo santo being burned somewhere in the crowd and it felt perfectly in place with this magical setting. Francis and his band weren’t the most talkative throughout their set like other groups who interact heavily with the crowd. But that’s ok, because they’re here for the music and it really shows. And most importantly, as they play, it’s clear they are having as much fun, if not more, than their audience.

The whole band spent the set laughing and smiling and having a great time vibing with us. We came for the music, and they delivered.

By the end of their set, it was an entirely different show and audience than the empty stage that afforded me a prime front-row spot just an hour and a half earlier. The funky jams overtook the crowd, packed thickly around the stage at this point. The vibes were high and everyone was dancing.

Having heard their records, it’s not like I was expecting a bad show, but I was seriously blown away by this set. Neal Francis’s recorded albums are good, but the live show is something else. Run, don’t walk, next time he’s in your hood.

Choppin' all the bad thoughts