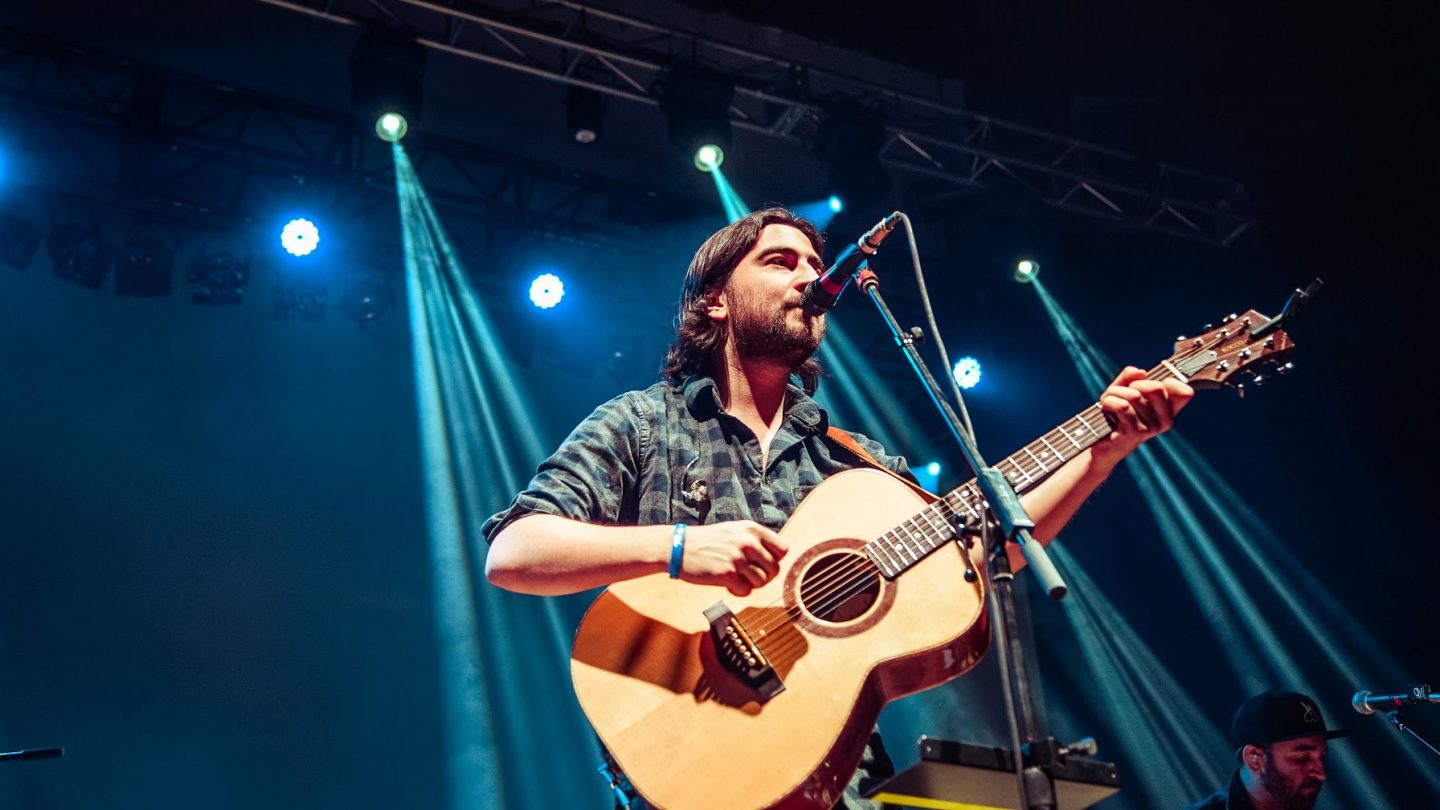 American singer-songwriter Noah Kahan opened for James Bay’s Electric Light Tour this past Monday in Royal Oak, Michigan, a neighboring city just outside Detroit. If you’re unknowing of Kahan’s name, you might be familiar with his hit song “Hurt Somebody” featuring up and coming artist Julia Michaels. Currently, the track has over 100 million streams on Spotify. Another collaboration of his landed him a feature on Quinn XCII’s song “Tough”, which is popular with the 16-25 age range. Kahan emanates a rugged folk-infused look, sporting a beard and long hair reminiscent of 70’s John Lennon.

Despite an older appearance, he is surprisingly only 22 years old, and I find it difficult to believe we are the same age. Kahan started writing songs and uploading them on SoundCloud at the age of 8, and has gained an average of 6 million followers on Spotify in the course of 2 years. I have personally been waiting to see Kahan live since I heard his first single “Young Blood” and let me tell you, he did not disappoint. The vocals and guitar skills were incredible on stage and sounded nearly identical to the tracks. His coffeehouse vibe matches perfectly with his style of music. However, his mellow stage presence and laid-back personal vibe caused a lack of engagement from the crowd. It also did not help that a majority of the crowd were not familiar with some of his songs.

A deeper listen to his song lyrics reveal his heartwarming, hilarious, and awkward point of view on life events. In his song “Mess” he chants, “I’d move back home forever, I’ll feed the dogs, and I’ll put all my pieces back together where they belong, and I’ll say, ‘I’m a mess!’” My interpretation of the song is how going home and returning to your roots can help you fix inner conflict and help you recover from personal setbacks.

Another favorite of mine, “False Confidence”, was performed and got the crowd clapping and stomping to the rhythm. The song about finding yourself and realizing the need for self-acceptance, a message not often spread in today’s pop music. I also enjoy the music video, which illustrates this ideology through the story. The video depicts Kahan playing at an open mic night every week in a French cafe, and each week he changes his style and looks to fit specific stereotypes. By the end, self-actualization happens where Khan gains the crowd’s approval by just being himself. To me, this music video was a bit similar to what happened on stage during his performance, and I have a feeling he will leave Michigan with plenty of new fans.

Kahan is an inspirational artist to me because I relate to the lyrics he writes and find relatability in his music. I cannot wait to watch him grow as an artist and continue to put out music that I, and many others, can enjoy.