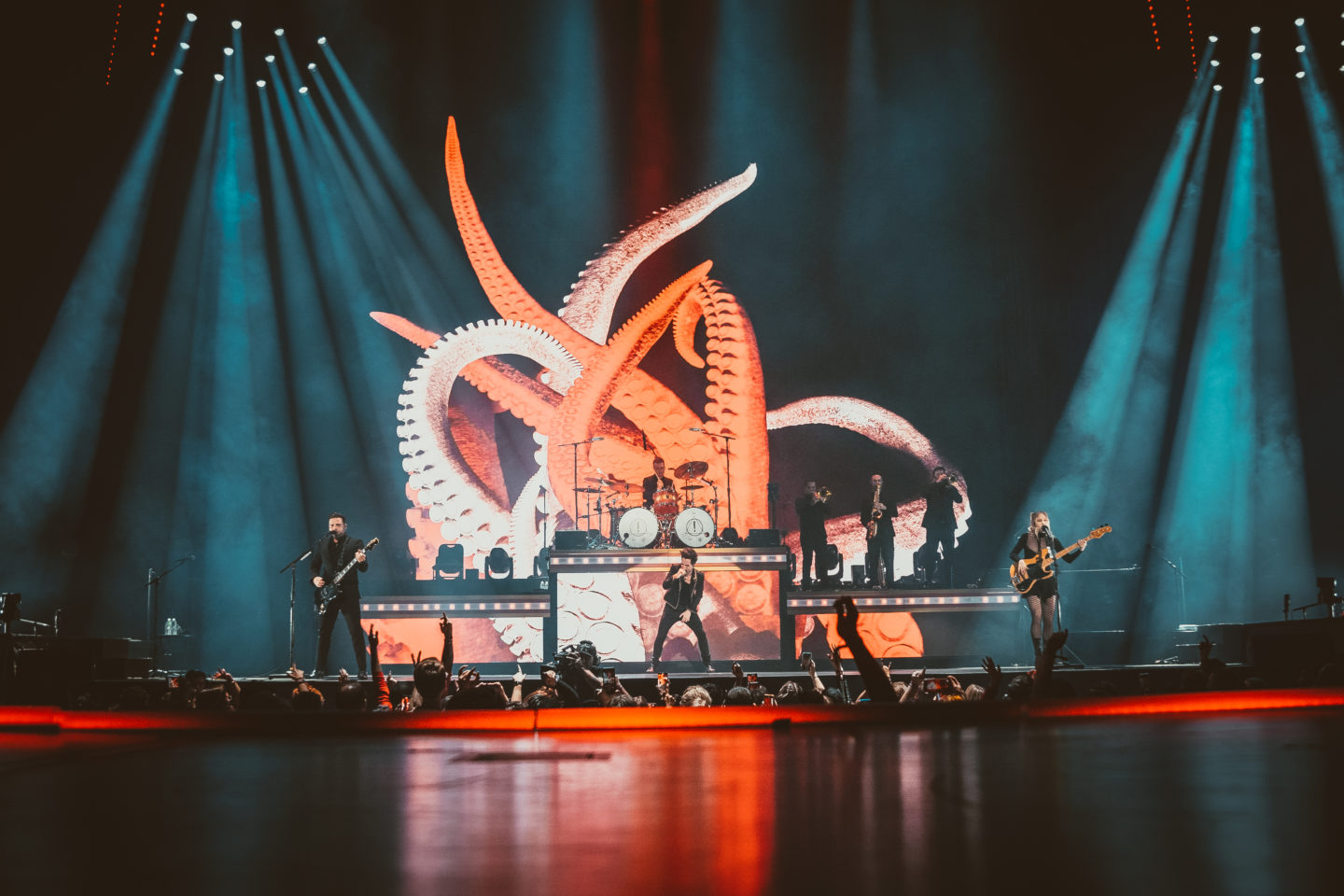 Panic! at the Disco at Climate Pledge Arena

Panic! At the Disco is one of those rare bands that survived the emo era. In fact, they did more than survive, they flourished in the last few years, and Seattle’s stop-over for the Viva Las Vengeance tour showed me exactly why. Full disclosure I’m a human who generally listens to A Fever You Can’t Sweat Out  over any other PATD record, however, I saw this band perform in 2018, and I saw them in 2022, and I can’t understand why Panic! At The Disco is not selling out football stadiums. Brendon Urie is the 21st century’s greatest showman. To build a crowd’s excitement with a backing track, and emerge through a stage covered in fog is one way to make an entrance. As a photographer standing at the bottom of the stage attempting to sort through the fog to see this shining figure appear directly in front of me on the 6-foot stage platform. Opening with a fan favorite in Say Amen (Saturday Night). The Seattle audience roared to life. With a large stage cut out in a square with an inner section for a small group of fans to see the show from 10 feet away for a more intimate experience.

Panic! at the disco could best be said to perform an intimate theatre show to a large arena audience. The set list comprising of a few warm-up tracks, to divulge into the entire Viva Las Vengeance album, only to finish the night off with a few old fan favorites for the Emo Era. While having the greatest voice in music, Brendon Urie brings a full Choir to accompany songs as they are performed in addition to his band. Panic! at the disco have carried this high from the last two tours, seeing less favorable days playing to smaller audiences in the past. Viva Las Vengence hit #2 on billboard alternative, showing the talents of this group are not going to waste. We can only hope Panic! at the Disco makes their return to the Pacific Northwest soon!

Who's Scared of a Tuesday Night?

5 Seconds of Summer at Allstate Arena

A performance so hot it sates the winter chill