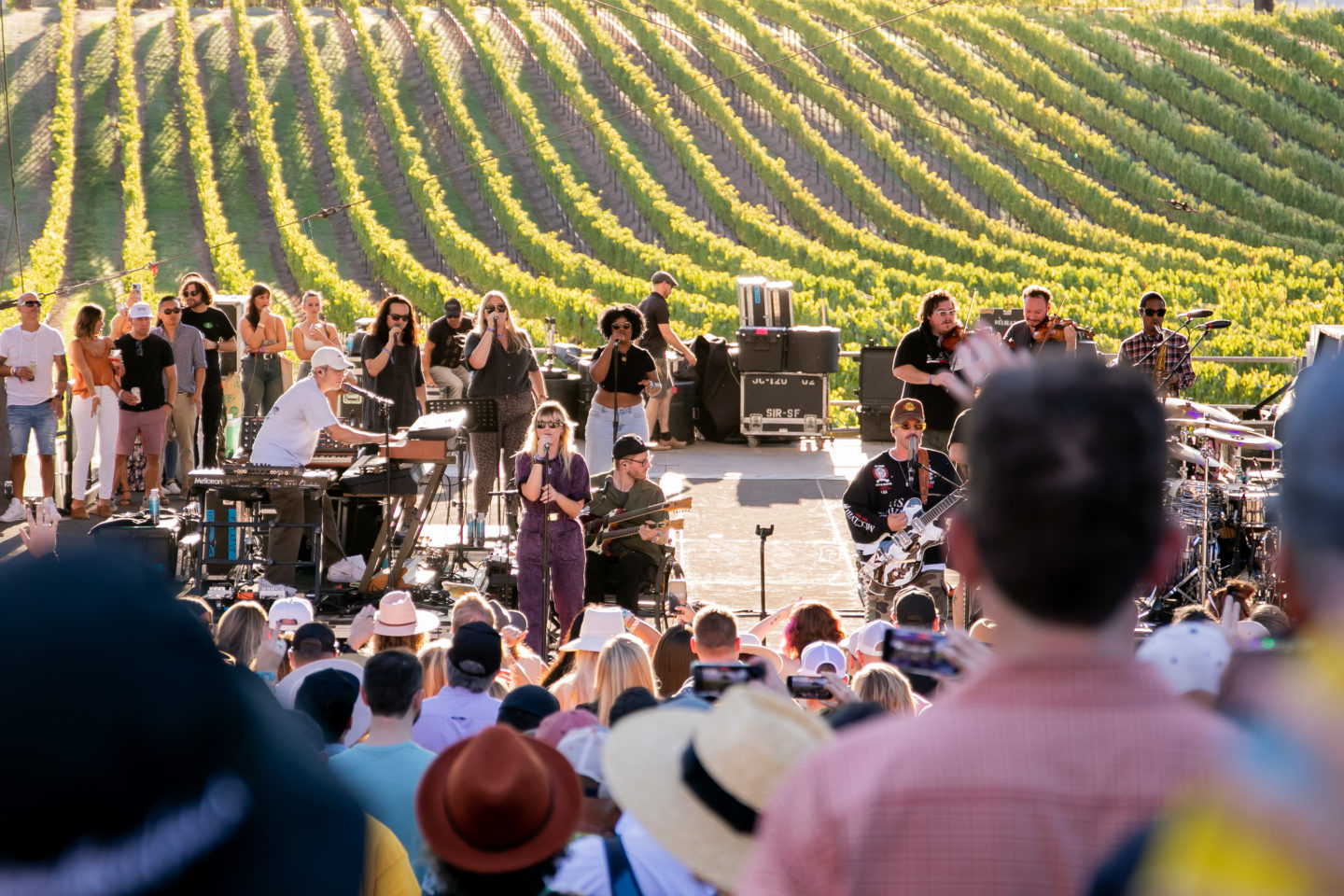 The six-piece rock band Portugal. The Man headlined the Sonoma Harvest Music Festival with lots of guests packed onto the small stage and even more energy! Before the set began, they introduced themselves as being from Alaska and are very cognizant of how land is displaced. So, at their shows, they bring a native from the land that they’re performing on to introduce themselves and explain their background. They welcomed a descendant of the Coastal Miwok people, who told the crowd how they wanted to spread good vibrations like the festival was doing this weekend. It was a uniting and grounding reminder of the love everyone at the festival has for Sonoma, California before the music began. Portugal. The Man then continued to bring out quite the crew: three backup singers, a saxophone, violinist, and cello trio, along with their six-piece. They moved all around the stage and got the entire property on their feet during their funky, rockin’ set. Picnic blankets were left on the field as folks danced, sang, and twirled each other during the closing golden hour of a memorable weekend.