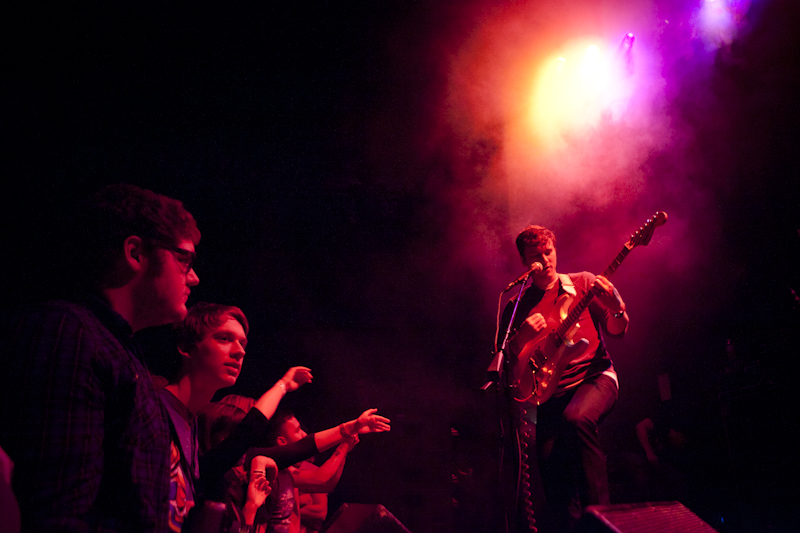 The first thing you need to understand about Portugal. The Man is that nothing is quite like a Portugal. The Man show… not even the last Portugal. The Man show you were at. The distinctive elements of their sound: Ryan’s keyboards and synths, John’s sultry voice and the obligatory clapping are always there, but each show takes on a distinctive flavor all its own. Which is probably part of the reason why Lincoln Hall has never been this packed, and the band has developed a cult-like following in Chicago.

Unlike their opening set for Primus at The Oddity Faire in October, this show traded the electric light orchestra for a much more intimate, warmer feeling. It was so different, in fact, that I didn’t even connect the dots until later in the evening. Aside from a few simple “thank yous” (a special one to Audiotree for hosting), the night was devoid of fanfare, which allowed the gentlemen of Portugal to focus on what they do best – the music.

As Portugal jammed between synth powered indie ballads and rough riff psych rock, the audience looked on with rapt attention waiting for the next note, clap or dance cue to follow along to. Unlike the pop music you’re so used to hearing on the radio, you don’t have to know all the words to every Portugal. The Man song to enjoy it. In fact, you don’t need to know any of the words to enjoy all of their music, but everyone in the audience did anyways.