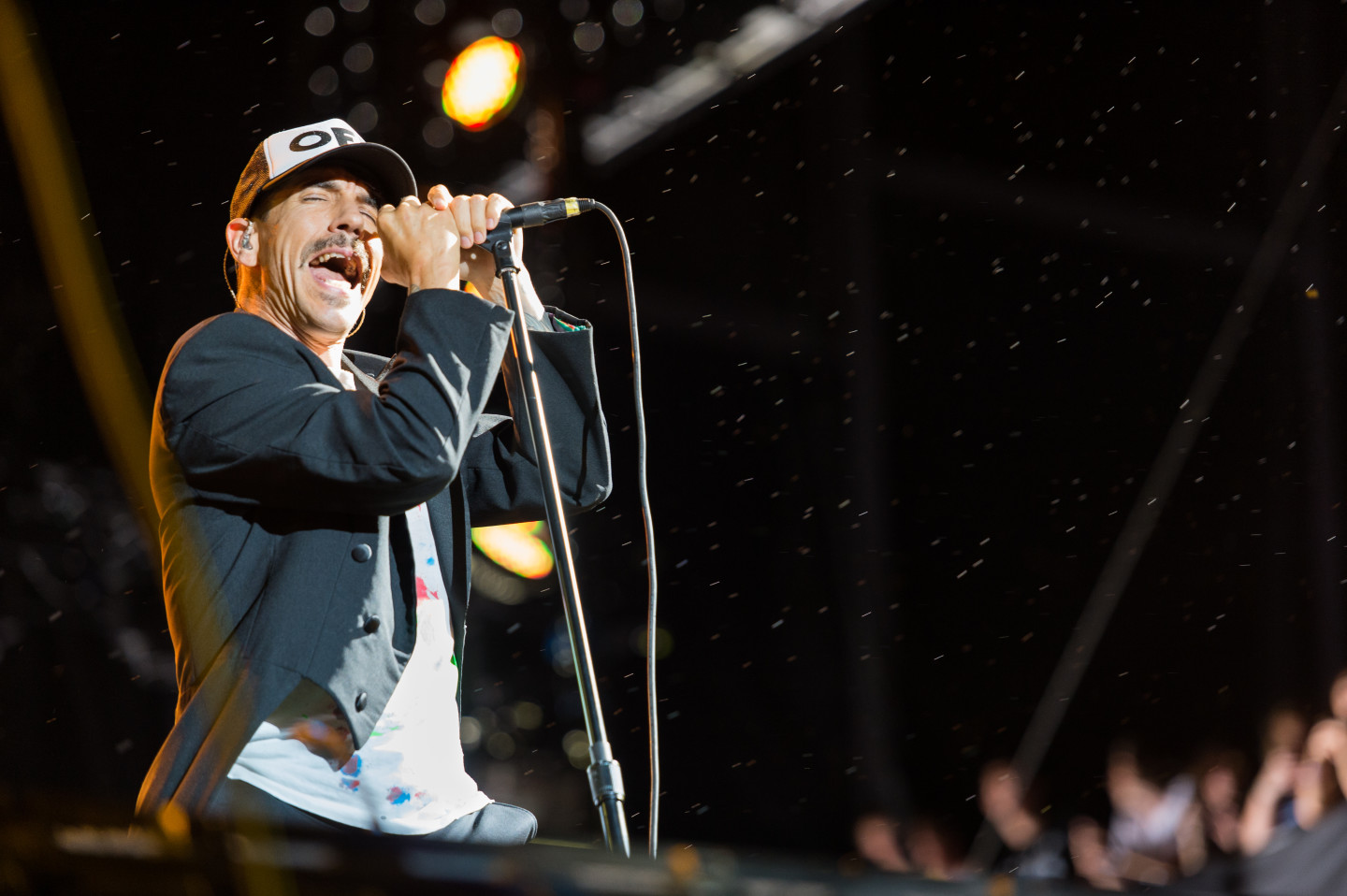 The simple mention of Red Hot Chili Peppers sends me right back to 1991.Blood Sugar Sex Magik. I was in 7th grade. I remember the eight-pointed asterisks drawn on people’s folders; the way “Give It Away” managed to unleash the frenzy within otherwise calm teenagers; how “Under The Bridge” got under my skin and moved me even though I was too young to grasp the subject matter. For all these reasons and more, I was stoked to hear RHCP was going to be a Lollapalooza headliner – which is why it pains me to skip to the punch line and say I was really disappointed.

Let’s first acknowledge that earlier that same day, there was the threat of RHCP possibly not even taking the stage at all. The giant fest in its entirety had been evacuated due to storm warnings and frustrated music lovers weren’t even sure if gates would reopen. Alas, after some shuffling from Lolla organizers and permission from the city to push back the day’s end from 10:00 P.M. to 11:00 P.M., RHCP was still on. The day’s rain, however, had transformed Grant Park into a cavity of mud that only farmhouse pigs could envy – particularly the well trodden ground in front of the Red Bull stage that had seen high traffic from fans all day long.

So there we all were; an impressively large mass of people squishing in the mud, getting pushed and shoved by zealous fans eager to get closer, our feet sinking into the ground beneath us. It wasn’t pleasant – but it would be entirely worth it as soon as RHCP started to rock, right? What the crowd needed at that point was one of the fundamental natural highs that the live music experience has to offer; to hear those first immediately recognizable notes to a song everyone loves. Give me “Suck My Kiss”. Give me “Can’t Stop”. But for the sake of Rock, do not give me some subtle melodic jazz intro that leads into “Monarchy of Roses”. But that’s what they did.

Perhaps a big part of my issue was the setlist altogether, which for me, lacked flow entirely. Song selection and the order in which those songs are played is a huge part of the live concert experience. Don’t get me wrong; was it great to hear a thousand voices sing to “Snow (Hey Oh)”? Of course. Was it exciting to hear the roar from the crowd as soon as we all heard the bass line for “Otherside”? Absolutely. Unfortunately, the grand moments were only intermittent. It felt like more effort was dedicated to Flea waxing poetic about peace than toward rocking the mud off of everyone’s face. I’m all for love and kindness, but I really have trouble embracing those ideals when I’m getting elbowed in the kidneys every two minutes by people who don’t know the words “excuse me”. Maybe I wouldn’t give a crap if the band on stage was keeping me hypnotized, but that was hardly the case. Even the performance of the beloved “Under The Bridge” fell apart toward the end. Kedis sounded off-key and then guitarist Josh Klinghoffer ruined it by whining the lyrics, “under the bridge downtown” toward the usually perfect ending of that song. (Fast forward to 3:00 in on the live taping and watch from there to see what I mean.)

Sure, there were fireworks that came and the final encore ended on a high note with “Give It Away”, but neither of those things out-shined the shortcomings. RHCP’s 1991 hits (and a number thereafter) will forever hold my gratitude and respect, but this headlining performance was unfortunately way less Blood Sugar Sex Magik and much more muddy water with no magic at all.

The Weeknd at Lollapalooza 2012

Bear In Heaven at Lollapalooza 2012