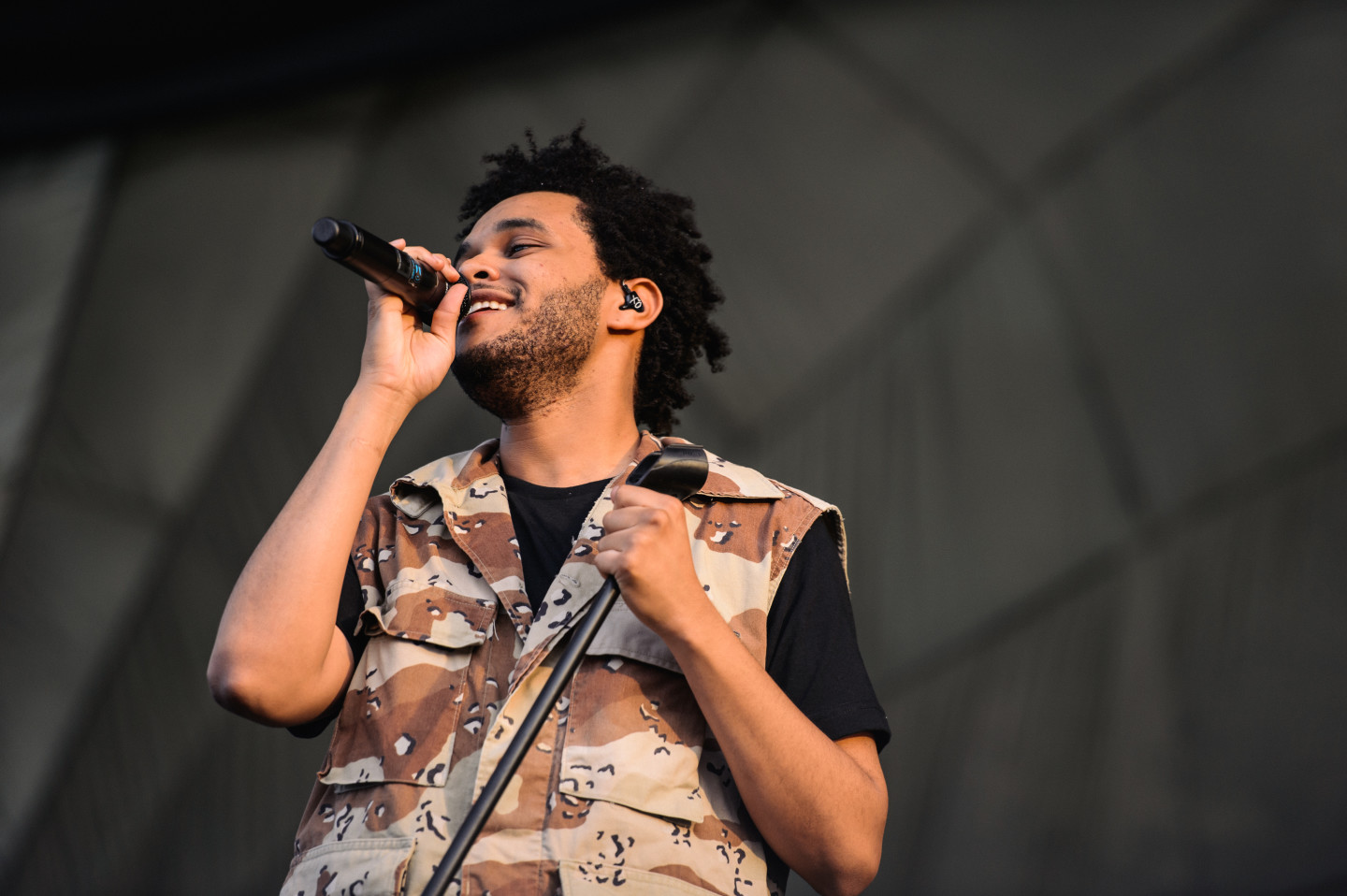 The Weeknd at Lollapalooza 2012

Truth comes in many forms. The 22 year-old Canadian Abel Tesfaye, better known by his stage name The Weeknd, prefers to deliver his truth through soulful R&B beats and lyrics. It’s not to the feel good, life’s gonna be alright theme either. The Weeknd’s music is pure passion. It’s the feelings of anxiety and anguish and betrayal that you just can’t shake. Strangely, it’s too beautiful to want to shake. You comply. You let the vibrations run from the headphones through your body twisting and turning at will.

So how does someone who’s been transformed into such a sensation through the Internet transfer to the live performance? I’ll start by saying that this is the kind of band you’d want to see at their own show. Kudos to Lolla for signing the young star and for putting him in front of thousands. People need to hear this music. Watching Tesfaye on stage was exactly what I’d hoped for. You could feel the range of emotions from the sound and see it was effecting the source just the same as you. The tension, the relief, the moments all meant something. Everything was from the heart. They were all his truths.

And for those of you who are as into the first three mixtapes as much as I am, get ready because another is due to drop on November 13.