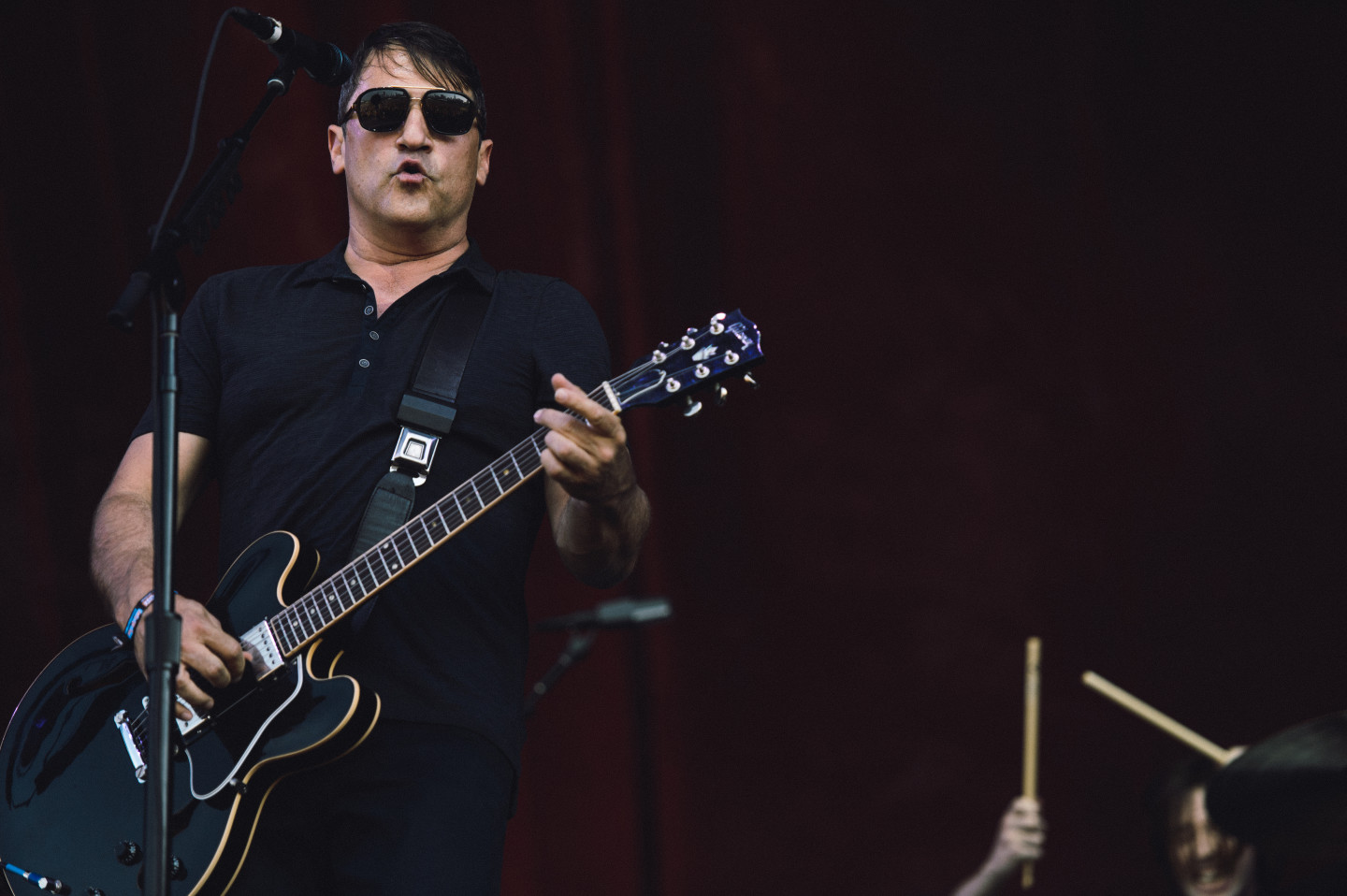 The Afghan Whigs at Lollapalooza 2012

Greg Dulli, Rick McCollum, John Curley, and whoever happens to be drumming, are rock stars. Not was, as in the past tense, is. A decade later (there are accounts that differ between 11 and 13 years), The Afghan Whigs can still fucking rock/thrown down with the best of them/fire on all cylinders/take it to 11/insert only-slightly-amusing rock cliche here.

The truth is, the core members of The Afghan Whigs do look a little worse for wear… but you never would have suspected it based on this performance. Sure, they’re a little more According to Jim and a little less Sheen-era Two and a Half Men (off-camera, of course) in looks these days, but that doesn’t stop them from winning in the performance department. Even with the hiatus, they’ve been doing this for a while. They know how to work a crowd. Dulli can still–somehow–simultaneously growl and croon. McCollum and Curley’s twang, strum and backbone remain in tact and help take the emotion to the next level.

After the sabbatical, they’re still cool. (Have you seen that seat belt buckle guitar strap?) It’s approximately the temperature on the surface of the Sun, but The Whigs made no sacrifices. They played their music, music with a legitimate message I might add, on the afternoon of opening day, Lollapalooza, 2012. In my opinion, The Whigs threw out the first  pitch of Lollapalooza this year, and it was equivalent to the Cirque du Soleil pitch from Padres/Royals in 2011 (if you have no idea what I’m talking about, watch this). There was just enough flash and just enough dancing to get people unfamiliar interested, but it wasn’t at the expense of the purpose. In baseball, that’s a strike. In the case of The Whigs, it’s good fucking music.

Of Monsters and Men at Lollapalooza 2012