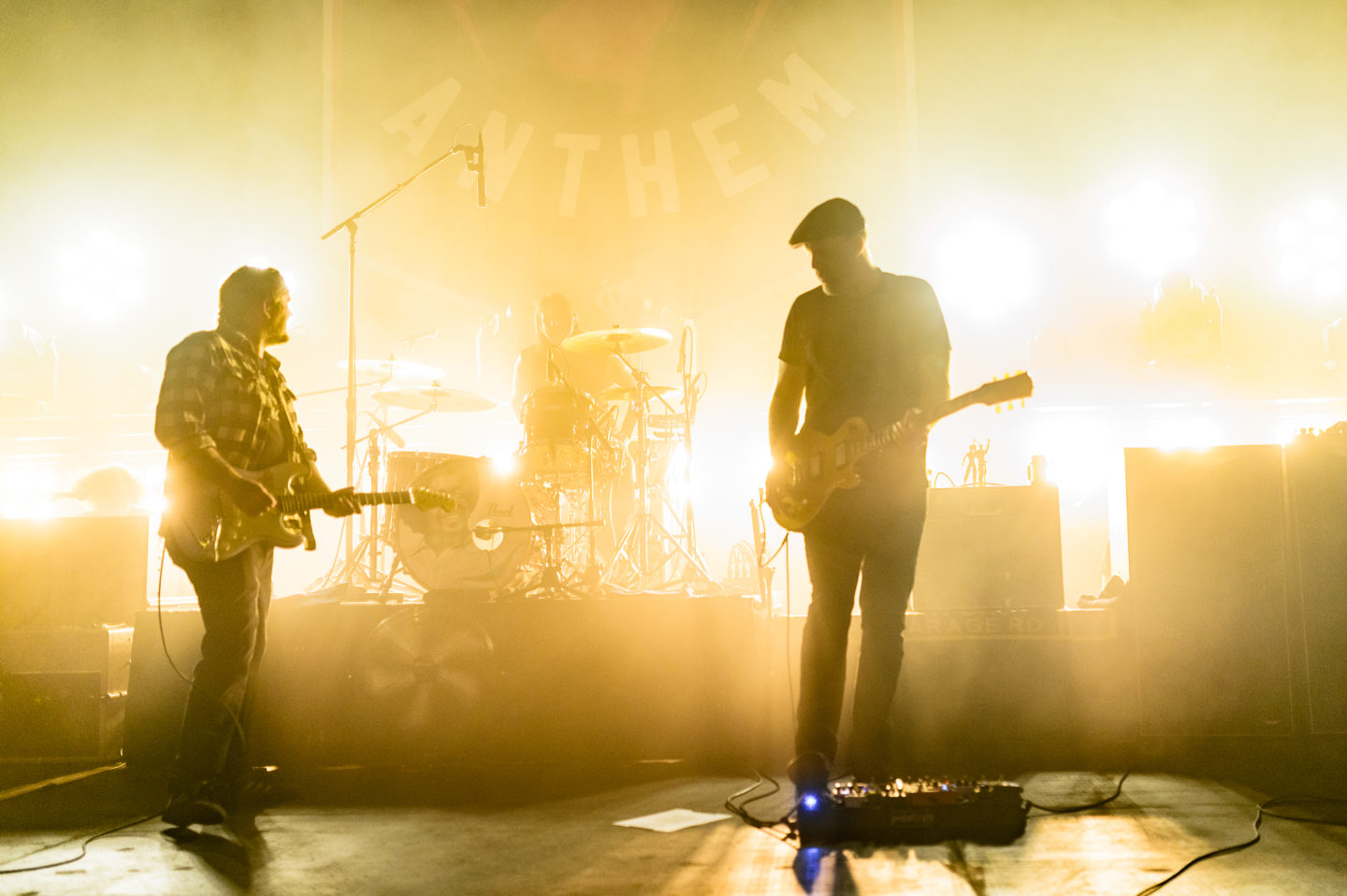 The Gaslight Anthem at The Riviera Theatre

You know that feeling when you’re in the right place at the right time and everything you believe in seems to fall into place? That’s the magic I felt on a chilly September night in Chicago at The Riviera Theatre. The energy of the room was abuzz with excitement for The Gaslight Anthem. They had already played a few songs. The crowd was warmed up. Lead singer Brian Fallon looked out at the audience and proclaimed,

“I am on an evangelical mission from the rest of the country to tell you that your pizza is a casserole.”

Feeling more validated than I ever have in my life, I smugly looked at the deep-dish-loving pizza deniers around me and enjoyed the show.

Pizza validation aside, the show was everything you could ask for from a nostalgic, mid-aughts punk-pop throwback night. The show was fun and casual with the formality of a stage but the early 2000’s vibe of watching a local band hang out and jam in someone’s basement. The band was fun and laid back, chatting with each other and playing little riffs on their guitars between sets (did my ears deceive me or did I think they were about to cover Nirvana at one point?). The jokes about pizza reminded me of a band I loved “back in the day” who used to riff together in between sets and wrote an impromptu song about tofu.

Their set started slowly and quietly with an emo flair, picking up the pace with “Old White Lincoln” and ramping up their speed and energy song by song. Leaving us hanging until the encore, they ended the night on an upbeat note with fan favorites, “45” and “The ‘59 Sound.” Regardless of which song the band was playing, there was a faint echo from the crowd singing along under The Riv’s high arched ceilings.

The Gaslight Anthem at Lollapalooza 2012