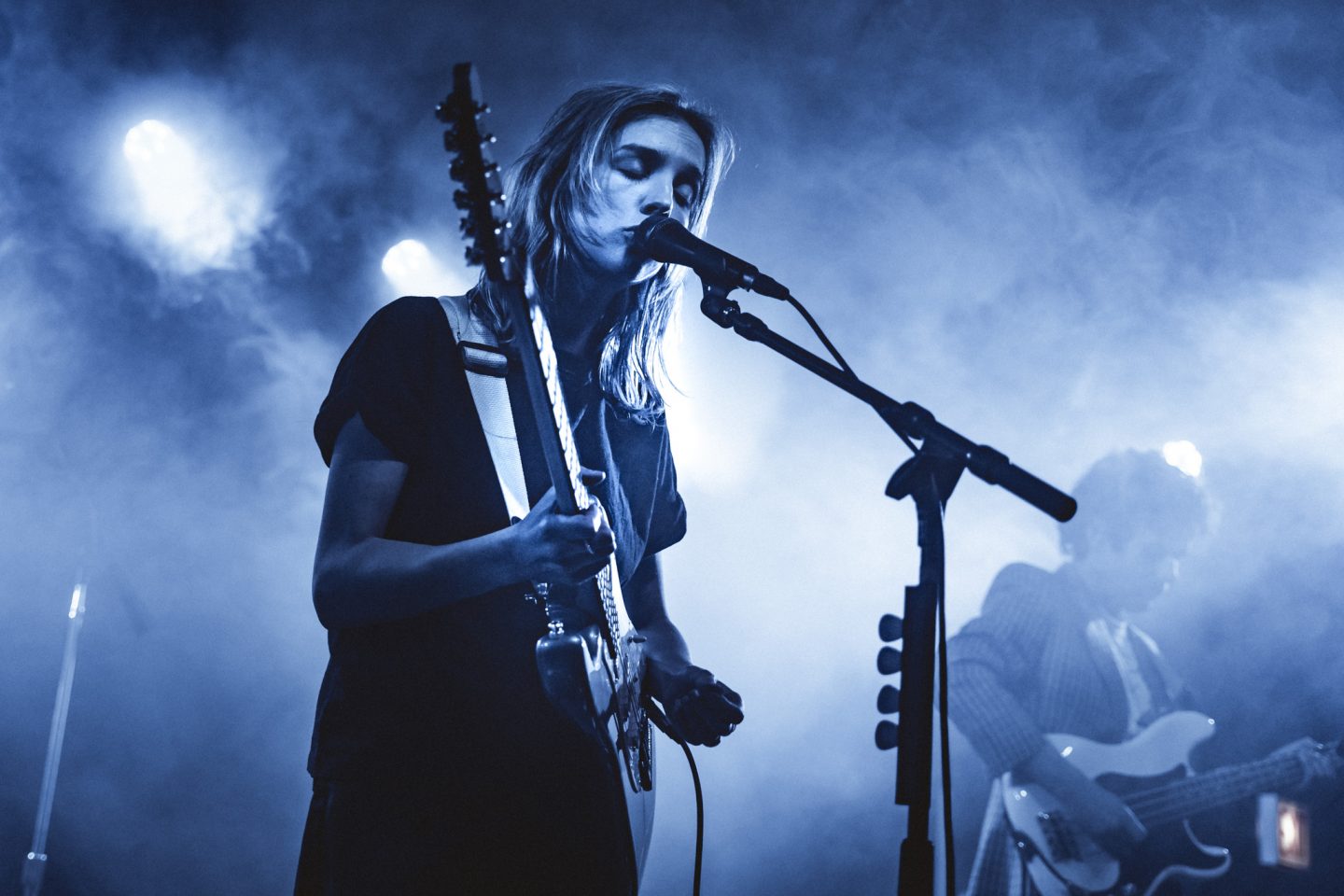 Bathed in blue, drenched in fog, The Japanese House took to the stage with their pre-cooked introduction track and then proceeded to get right at it with their beautiful jam “Face Like Thunder” from 2016’s Swim Against the Tide. Going back even further, perhaps to shore up the vibe, the second song was “Cool Blue” from 2015, finally followed by new material, “We Talk All the Time.”

There was a strange sense of familiarity from the outset seeing as band leader Amber Bain and her mates just graced our fair city in December 2018. Except, now, those “new” songs from back in December have been out as the full album release, Good at Falling, since March 2019. Fans had seemingly done their homework and were rewarded as such, as plenty of personalized waves and hi’s were doled out by Bain, both during and in between songs, to adoring fans who knew the words.

The Japanese House continues to improve and are obviously continuing to gain more and more fans as evidenced by the sold out crowd at Bottom Lounge. Even though the set was pretty short, a little over an hour by my count, it was executed with precision and swagger. The first 3 songs had sound techs running back and forth across the photo pit pulling and exchanging cables with Bain commenting on sound issues she was experiencing right during the songs. If sound difficulties were being had, it was sure hard to tell, and the situation was handled with grace and hardly affected the performance at all.

Things really settled in midway through the set during “Maybe You’re the Reason,” that milestone in a club set where the sound is really dialed in and everyone is warmed up and relaxed. The set had a comfy and relaxing second half finally culminating with “Clean” from 2015. Someone shouted out “I’m hurting too” which was very sweet. The timing was really nice with that, and despite the often hurting tone of many of the tunes, this one provided a nice catharsis to bring down the house.