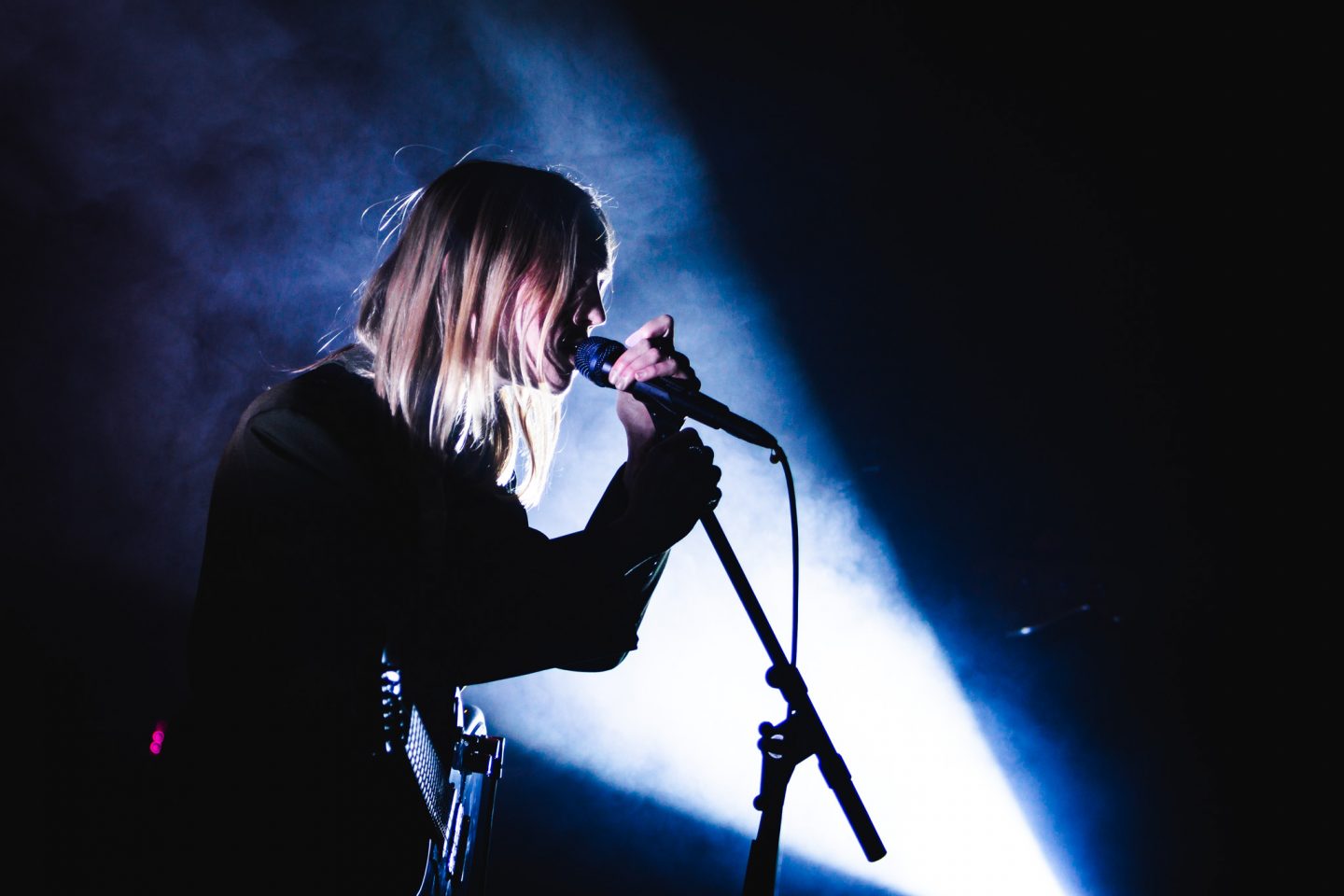 The Japanese House, led by the 23 year old British mastermind Amber Bain, treated a packed house at Chicago’s Lincoln Hall to a delightful, yet emotional set of about an hour last week. Bathed in smoky blues, greens and pinks, the English songwriter had the crowd holding their collective breathe for fear of disturbing the delicate atmosphere in the room. Often delivering her vocals with the creative use of harmonizers, it was easy to hang on every word, as they rang out with a richness that filled the environment.

Amber Bain has a truly unique voice, in the sense that it’s quite difficult to categorize exactly where it sits in range or style. It’s almost as if the words are wrapped in the complexity of a synthesizer. It’s this depth that gives such a power when poured at amplified volume into a small room. It’s like a bath…it’s all around you…it’s touching you. Some of The Japanese House’s material may even have you questioning whether the vocalist is male or female, a discussion that has been had in the past, and in my opinion, a huge asset. She sounds like nobody else.

“Face Like Thunder” led off the evening and gathered everyone in straight away with it’s undeniable dramatic hook in the chorus. Having first heard the band on Canada’s The Signal radio program back in 2015, I was excited to hear deep cuts like “Still” from Pools to Bathe In, which reminded of why those comps to The 1975 exist (notably whom which she has worked with in the past).  In a nice twist, “Saw You In A Dream” was delivered acoustically. And it felt like the room might collectively burst into a group tear session during “Leon,” a track which could disarm even the most hardened of characters.

At such a young age, Amber is also a very skilled songwriter and guitarist to boot. Her songs are little works of art that lead you places. Being not much of spectacle on stage, it didn’t matter if one closed their eyes for a while to achieve an even better experience, deprived of the input of eyesight. Notably, many concertgoers in the crowd were employing this tactic, of escaping, only to open their eyes once in a while to check and make sure that there were actually still humans on the stage.

Check out “Leon” and see if you agree that the tension can be cut with a knife:

Someone shouted out "I'm hurting too" which was very sweet, fitting the mood well.