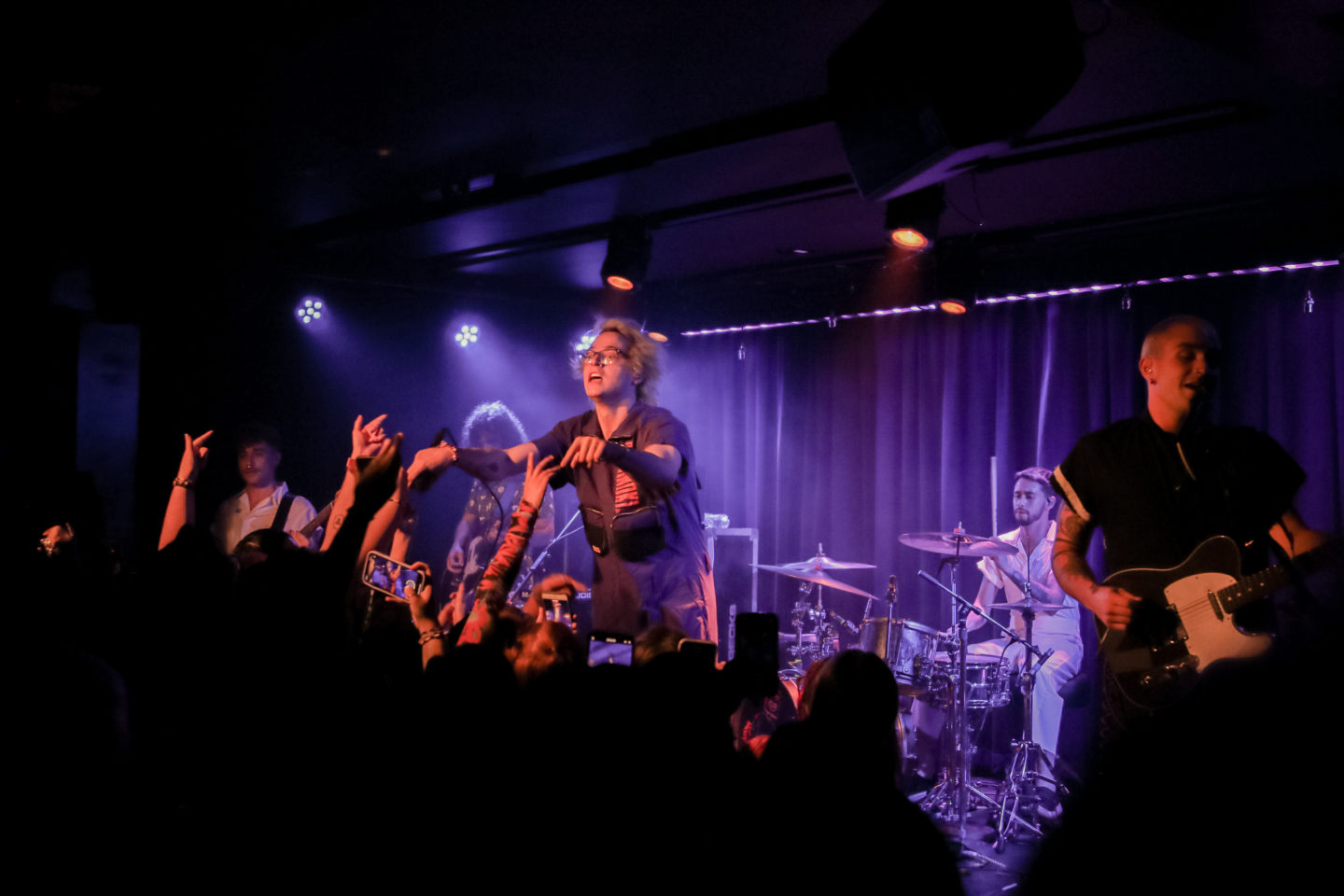 Seeing your favorite boy band play in such a small venue the night after their album release is probably a fangirl’s dream scenario. The Wrecks, the pop rock boy band, played one of two sold out shows at San Francisco’s intimate Cafe du Nord. It was a small space but the energy was still through the roof (and so was the temperature inside). The fans across all ages, many of which sported VIP laminates, knew all the words to the band’s sophomore album that had only come out two nights before. Everybody mimicked having just as much energy as lead singer Nick Anderson; nobody stopped jumping, clapping in rhythm, reaching for the boys’ hands, or scream-singing for a second. There was no room within the heat exhausted four walls to mosh, but I’m sure that would’ve happened too. I heard many folks even went to the Wrecks’ San Francisco show the night before, taking full advantage of the band’s first time playing two back-to-back sold out shows in the same city!

Nick Anderson, the lead singer, did not mind the lack of barricade between the crowd and the stage. He rocked all around the stage, bending to scream his pop/punk/rock lyrics right up in the front row’s faces (I’m surprised his glasses never fell off, or that no girls took them…) The band played lots of favorites and songs from their newest album release Sonder, yet no matter whether a song of theirs had been out for a few years or 24 hours, the crowd still screamed every lyric right back to Anderson. At multiple points throughout the night, he and his bandmates made a point to grab the little air fans on stage (not people!) and passed out water bottles, pausing the high-energy between songs to keep the crowd in the speakeasy cool. Nevertheless, Anderson had the biggest smile on his face the entire night and I appreciate how even when singing or just talking between sets, he made a natural point to interact with the crowd and took advantage of the ability to connect in playing the intimate space. He accepted gifts from the front row like a flower crown and tried his best to talk with the excited fans from the stage (“It’s your birthday? Oh, you said ‘it’s your merch, babe.’”)

The Wrecks ended their second to last song of the encore by singing “Infinitely Ordinary”, and the melancholy chorus “I think I could get used to this…” really resonated with the room. It reminded me to appreciate seeing live shows post-pandemic and bands in smaller venues once again. Anderson ended the song noting “me too” to the crowd with a big, goofy grin.

SOLD OUT tour kick off