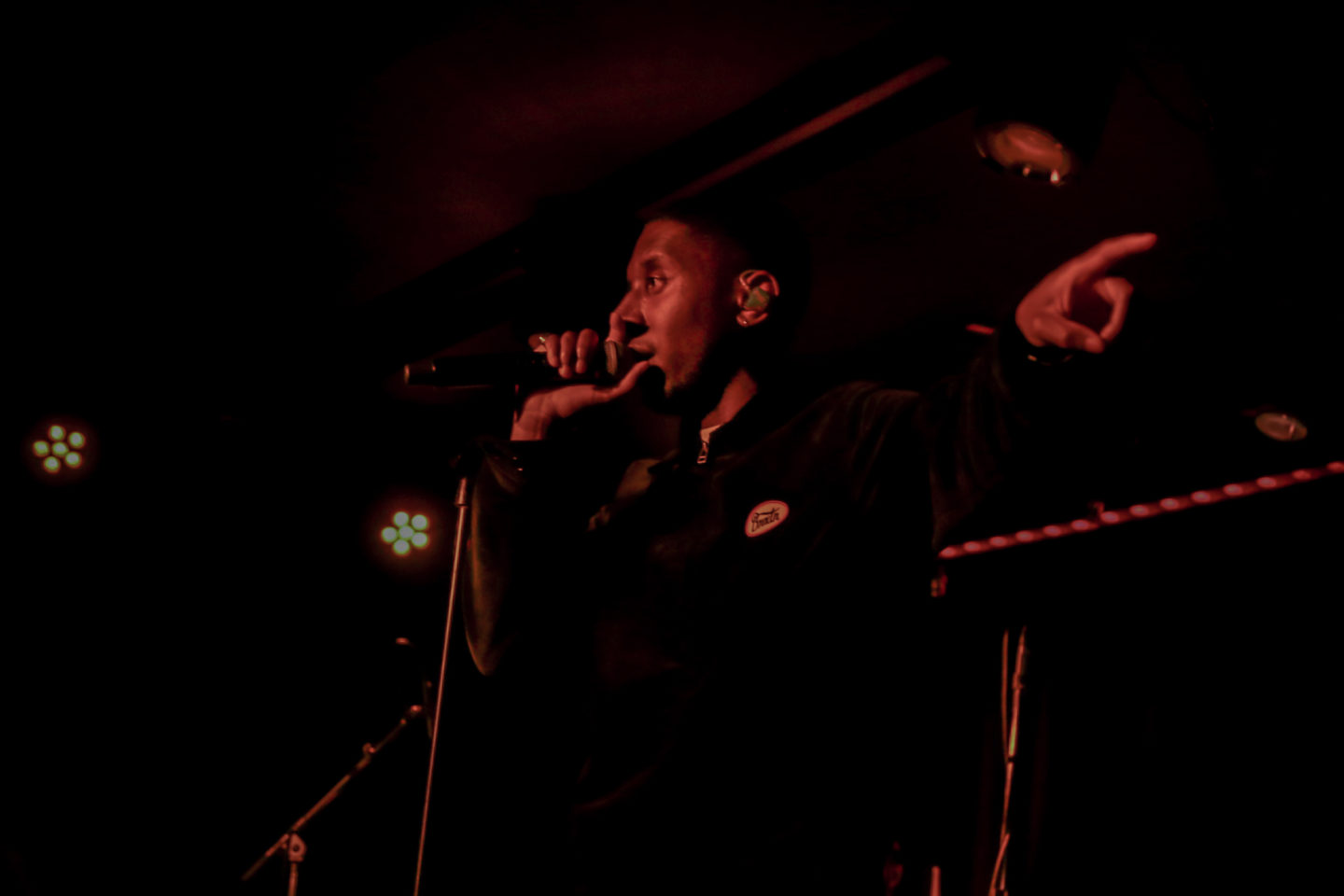 The room was packed and felt like 100 degrees on an otherwise chilly San Francisco night but honestly? Best energy from a crowd I’ve seen in my past seven months of documenting concerts. It was hard to move around the San Francisco speakeasy Cafe du Nord since it was completely filled at all sides with folks who buzzed in anticipation for Samm Henshaw to headline. This was the first (sold out!) stop of his biggest US tour yet for his first album…aka a very special night for both artist and fans, and everyone surely knew it! No witnesses took this honor for granted. The venue’s capacity of 300ish could barely hold the vibrance and energy from the younger adult audience on this Friday night as everybody, accompanied by drinks and friends, could not (and did not by any means) control their excitement for Henshaw’s live show.

Surely all of San Francisco could hear the hollering and clapping that erupted at the moment that a hint of Henshaw entered the stage. This energy in the sold out room did not lessen for the rest of the night, no matter if the song being performed was upbeat or slow. No one wasted a breath as everybody excitedly chatted with friends, clapped, sang, swayed, cheered, whistled, and shouted extra encouragement between momentary pauses. The audience even helped assist as his background or chorus vocals to many songs with perfect knowledge of the lyrics (it was honestly like everybody was invited to a rehearsal that I missed!) The room clearly knew all the words to the setlist and sudden, louder screams every now and then told me that fans could also easily recognize the very first notes to their favorite songs. The people did their research and matched his energy this way all night. Everybody celebrated his first time performing in their city and Henshaw continued expressing his gratitude in return between songs.

The genuine excitement and love that the small room but big crowd had for Henshaw’s performance was just through the roof. I was truly reminded of the unique magic of the live music experience and its ability to connect artists and fans, even on smaller stages, as everyone around me soaked up the excitement of witnessing this show and exerted all the support possible towards the stage in 1.5 hours. No one wanted him to leave, a few people chanted “one more set!” in a last attempt to keep the fun going, but nevertheless everyone continued buzzing with adrenaline even after Henshaw left the stage as many of the younger folks stayed behind to buy merch and take photos with friends below Cafe du Nord’s marquee to remember their night.