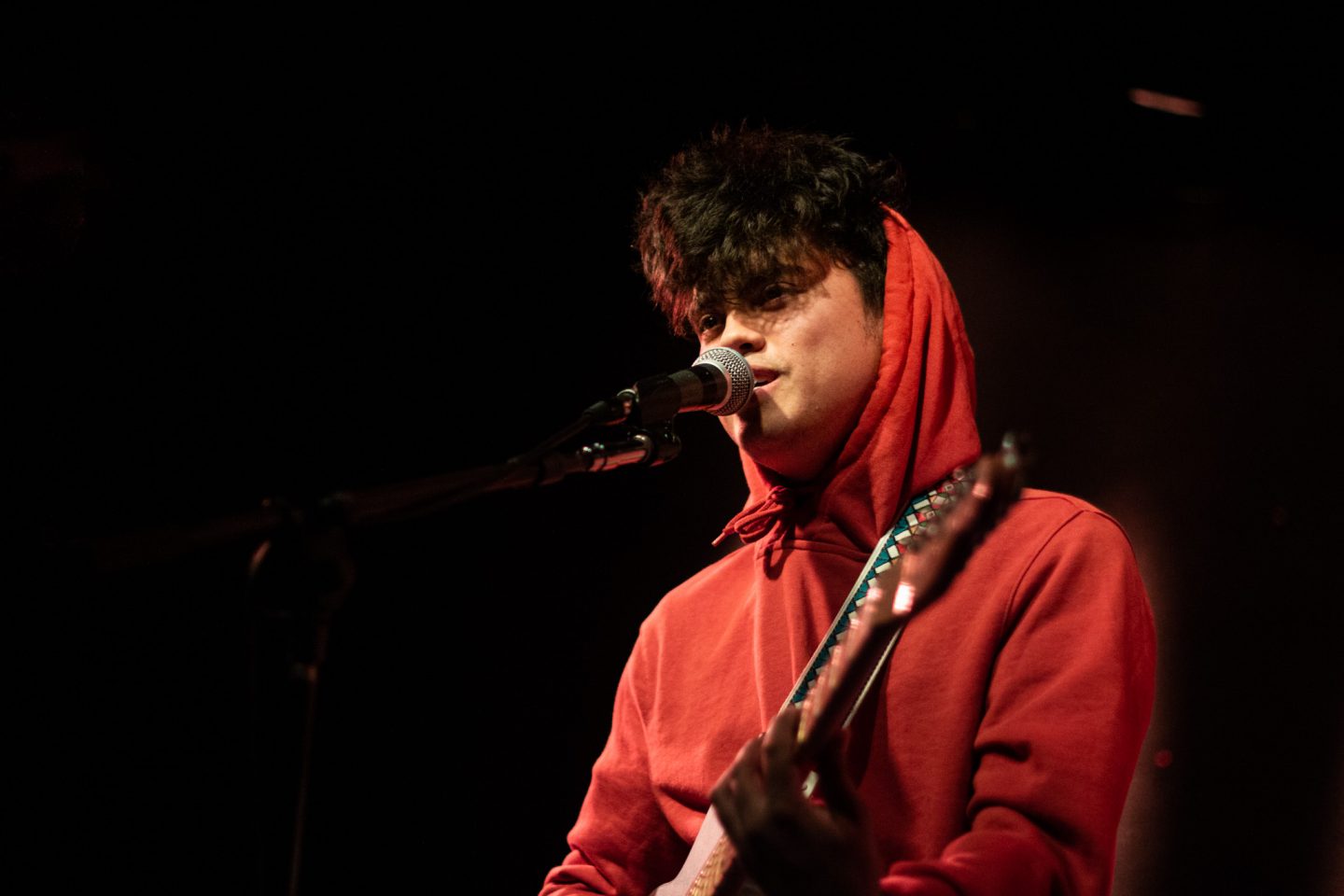 Does everybody in California look like a supermodel? Or is it just the young singer/songwriters with a degree in photography?

With Tim Atlas, the San Jose born reincarnation of Hall & Oates, you can’t help but wonder how the hell was he able to pass the ID check? It’s not only his almost childlike looks that might create doubt over him belonging at Schubas, the undeniably cozy tavern on North Southport Avenue. It’s Tim’s unearthly charisma that makes you want to check his driver license. Is he really from California, not some unnamed planet from a distant shell galaxy?

Gwen Stefani isn’t the only person in love with this irrefutably talented musician (remember their Voice affair?). Despite a glorious Sunday evening with temperatures finally high enough to throw that first BBQ party, Schubas was packed by the time Tim marched to the stage. “The Voice” or not, Chicago is a competitive city and even more so on an evening that summer decides to finally arrive.

Tim is ready for prime time, as is his entire band. Perhaps he’s even more “ready” than one would wish, with almost no room for growth. Not a complaint, just an observation from someone open to human error and creative mischief. Atlas looked lazy, even arrogant, but you could see it’s all a disguise, perhaps intended to make a perfect show sound and look a little less perfect. But they failed, for lack of a better word. It was perfect.

Indeed, Tim Atlas poured “the heart” into his performance, as Gwen Stefani would say. You could feel and see it reflecting in the smiles from the audience, smiles somewhat in awe and mesmerized at the same time. Yes, Tim Atlas is a mesmerizer and that’s what mesmerizers do – they mesmerize. But can we blame them for that?

The red-dressed goddess took the stage and became instantly one with the aptly lit surroundings.