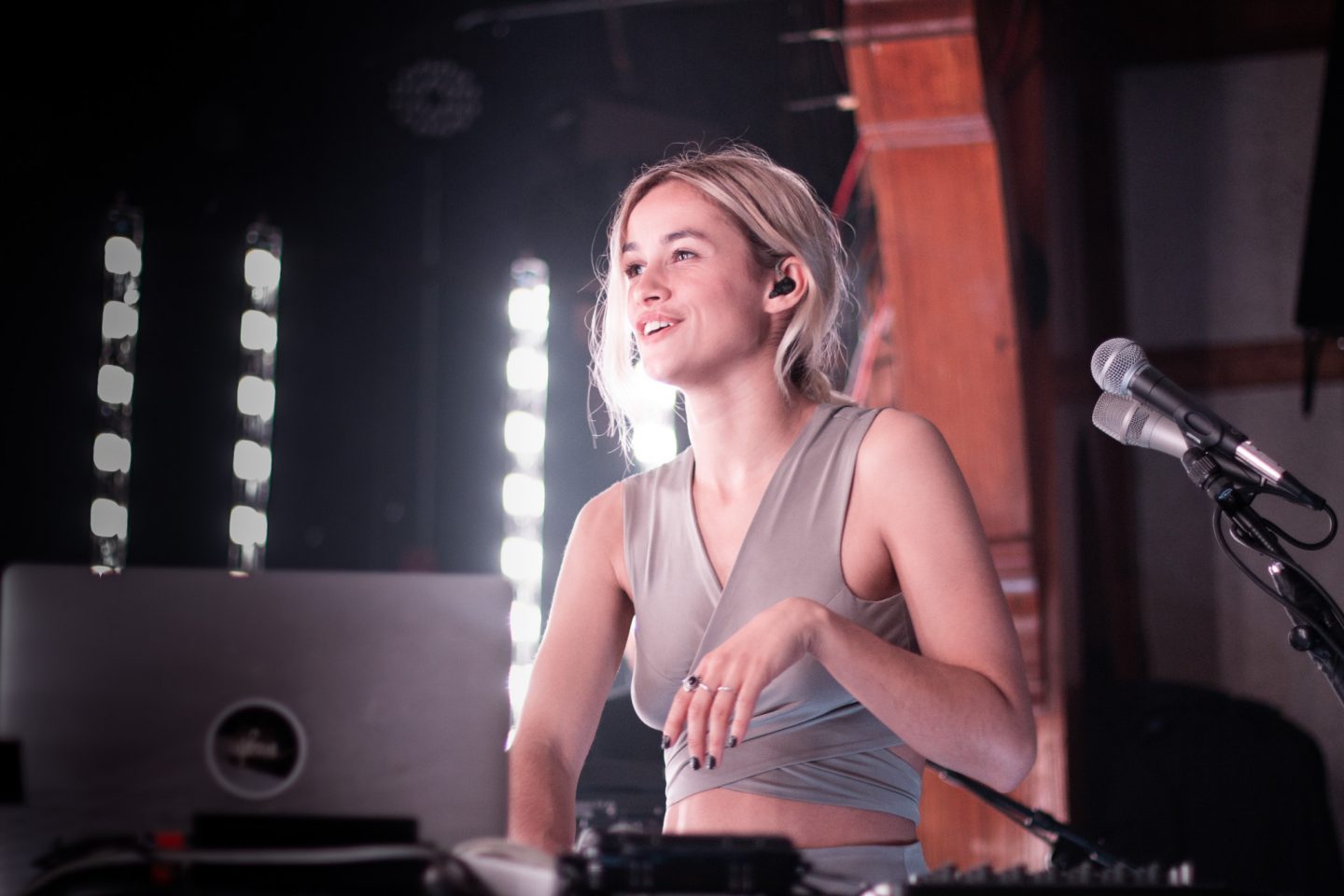 There’s an instant temptation to draw parallels between Mogli, a German singer-songwriter from Berlin, and Mowgli, the protagonist of Rudyard Kipling’s stories, for reasons so obvious it feels almost painful to admit them. Yet, there she was, taking her candid songs to the stage of Schubas, an old Schlitz brewery turned into a music bar, and one couldn’t help but wonder if there was something besides similar sounding monikers that would connect these two.

Mogli (or Selima Taibi as her passport states) might not be a household name in America yet, but the Chicago venue was filled with “early adopters” – people with sophisticated taste and prophetic abilities. In her native Germany, however, she is almost a cult figure, well known for many different things – movies (her documentary, “Expedition Happiness” did well at the German box office when released in 2017), designing clothes, belief in female empowerment and sustainability, and – of course – music, profoundly lyrical and impressively bold at the same time.

Mogli uses her voice to raise important issues. In addition to crafting catchy hooks and chord progressions, she excels at being funny, even when discussing serious matters. At Schubas, you could almost touch the connection she made with the crowd, a rare thing to happen these days, and Mogli’s ability to fill an audience with confidence and trust is simply stunning.

“I’m inspired by people who I feel honestly share their feelings and have a creative output that hasn’t been there before,” Mogli once said in an interview.

Frankness seems to be contagious, and if there’s one word that would describe her show best, it’s “honesty.” Something a little boy from Rudyard Kipling’s books would surely relate to.