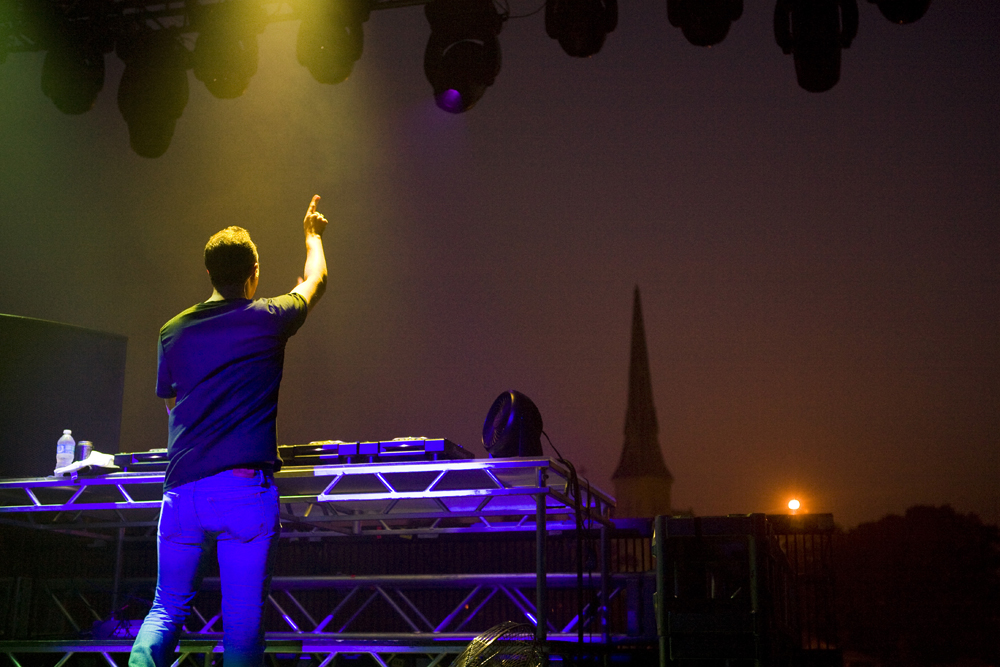 There were two shows taking place simultaneously when Wolfgang Gartner was performing for North Coast Music Fest this year. The obvious was from the Ministry of Sound man of the hour who happens to look nothing like a famous DJ. The second was the spectacle put on by the wild and free creatures of the crowd.

It’s a given that Joey Youngman offered the big, sweaty-ass cluster of bouncing DJ lovers exactly what they wanted. He stepped out on the elevated metal platform on the North Coast main stage and there was instant hand-clapping. Props to him for delivering remixed beats that integrated music ranging from classical to Nikki Minaj.

But again, the real noteworthy details of this experience truly came from the crowd. A range of amusing group markers taped onto sticks and poles floated among them; an applause sign, a blinking light-up teddy bear, a skull, a glittering deadmau5 head. There were people rocking spandex, sporting crocodile head hats and even a dude in a full-out Yoshi suit. (Mario and Luigi were nowhere to be seen.) At some point a shirtless dude who was higher than the Hancock building outright fell face-first into the dirt, did a snow angel (dirt angel?!) and popped back up while his friends headbanged around him.