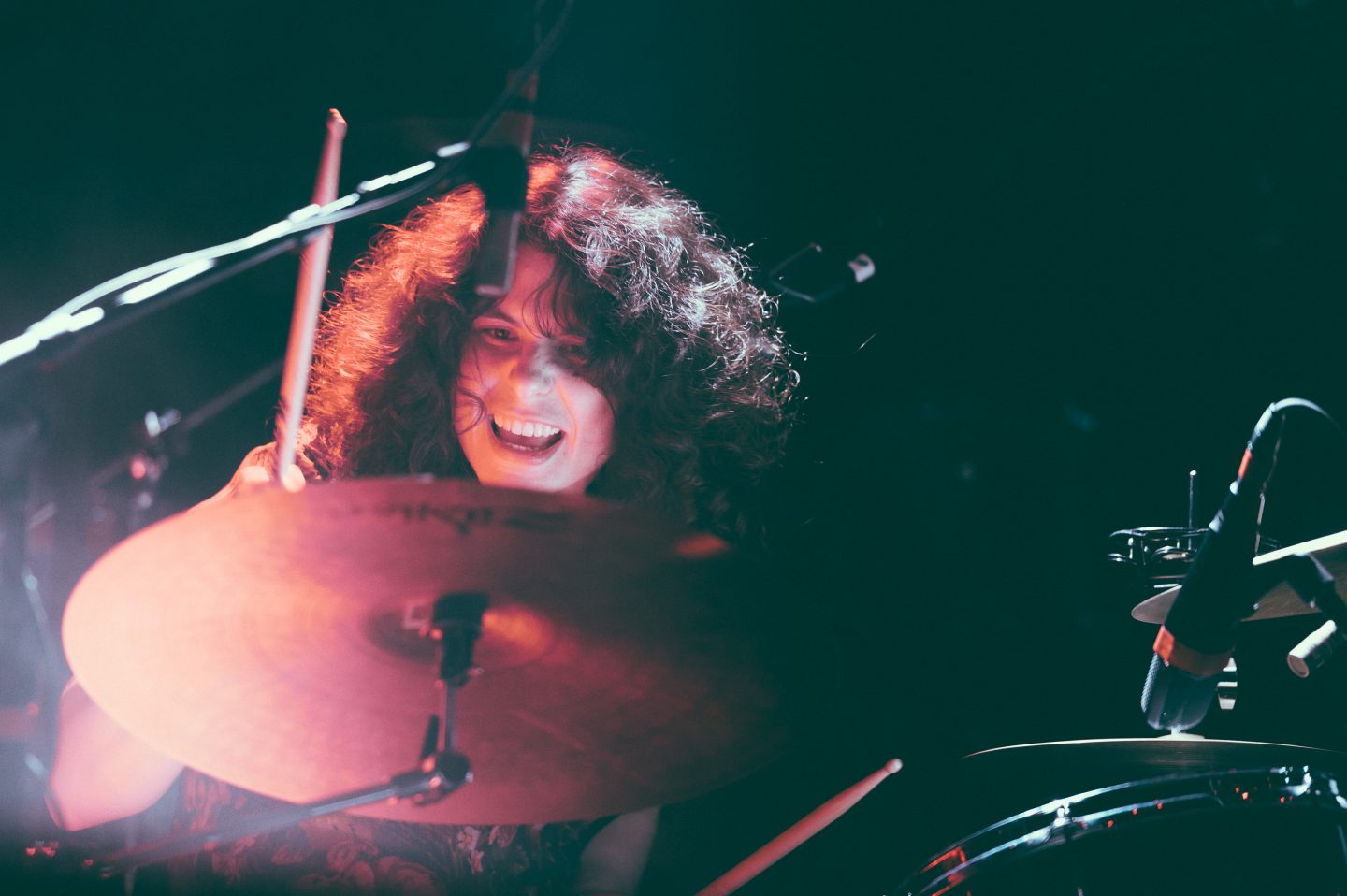 Ever been on the ride Soarin’ Over The World at Walt Disney World? You buckle in and you take flight. Flying all around the world over the Eiffel Tower in France, the Golden Gate Bridge in San Francisco, the Taj Mahal in India, and finally, you land back in Walt Disney World. You are exposed to sites, sounds and smells from around the world on this journey that leaves you wanting to ride again and again. Watching and listening to Alvvays perform felt like riding Soarin’.

It was an experience that took me on a journey and lifted me off my feet. They told a story that made me feel at home as if I were alway part of the family. Each member was wearing their most comfortable clothes, being themselves, and performing in a rockin’ way that made the crowd express themselves with their songs. It was obvious they were having the time of their lives on stage and their energy radiated across the venue. Molly Rankin (lead vocals and guitar) even commented to the point between songs saying,

“This is really fun.”

From Toronto, Ontario, Canada, Alvvays performed in a way that makes me want to see them a thousand times again. Molly, Kerri MacLellan (keyboards), Alec O’Hanley (guitars), Brian Murphy (bass) and Sheridan Riley (drums) let me have the time of my life right alongside them.

The Strokes at WaMu Theater

only pussys for me