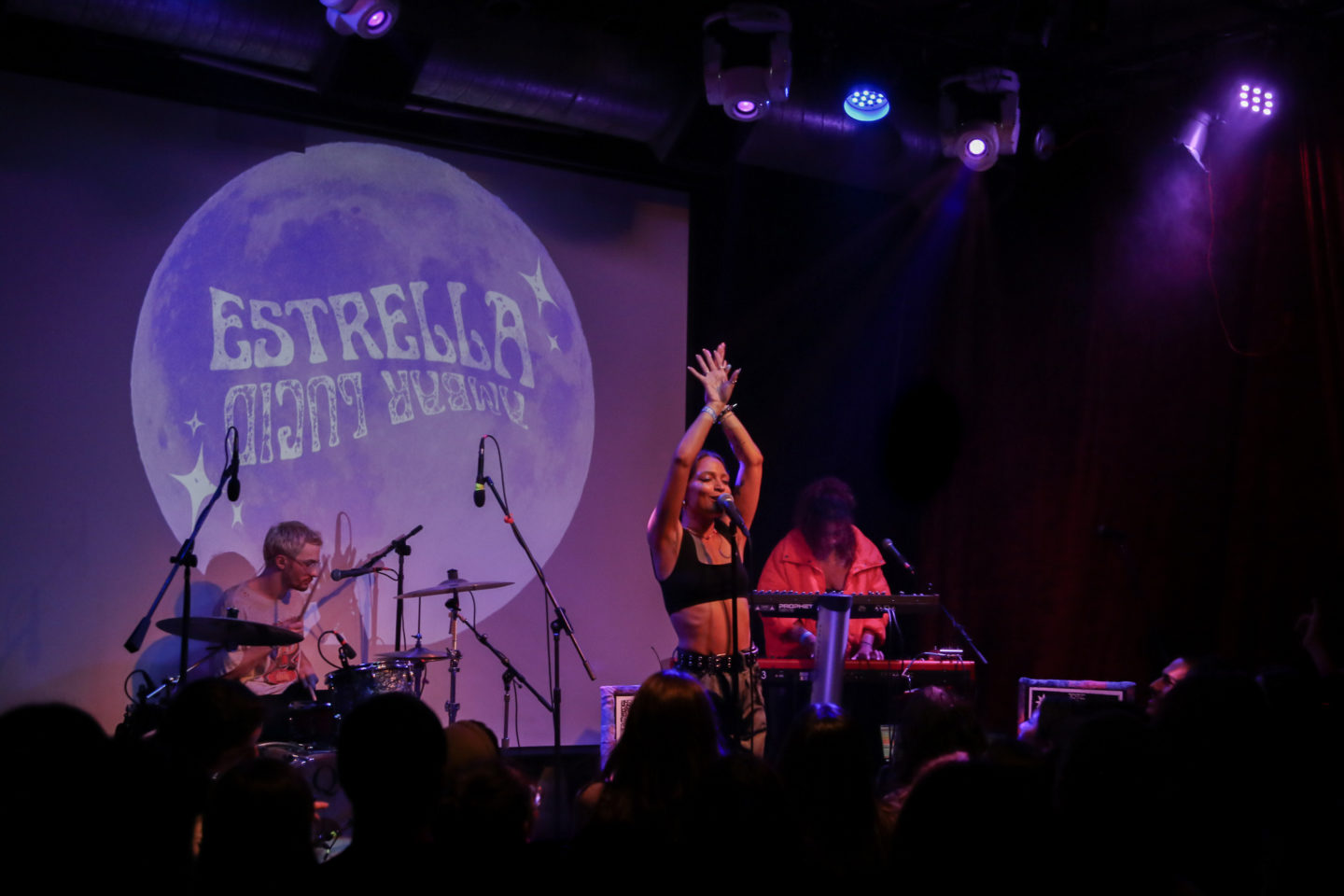 San Francisco sold out Ambar Lucid’s first stop on her first headline tour titled Estrella. The 21-year-old Latina artist brought a stylish younger crowd out to Rickshaw Stop who all similarly donned brightly colored outfits and lots of glitter to replicate the singer’s usual look. The venue’s intimate, youthful vibe was lit with light bulbs strung in an X across the ceiling and a disco ball! Lights danced across the ceiling and bounced off the walls to the pop music that kept the crowd excited and chattering, many taking pre-concert group photos with friends before Ambar went on.

Her Spanglish pop setlist covered all the bases a fan could want in a concert. I felt teary eyed during an emotional crowd favorite called “A Letter to My Younger Self”, danced to the encore “Universe” (that was my personal anthem throughout high school), and laughed when Ambar introduced her newest single “Girl Ur So Pretty” by asking the crowd “So where my fruity bitches at? Well, we’re all a little…” She kept everyone on their toes by gracing us with a few unreleased songs (“I’m Treatin’ y=Y’all Good Tonight!”) and a cover by one of Ambar’s favorite artists Rosalía. Ambar’s insanely powerful vocals, humor, and pure excitement to kick off her tour shined tonight as she sang with breathtaking emotion and grace in every song. I was just in awe seeing her perform live and getting to hear her otherworldly vocals, like she was totally lost in her own world or “Fantasmas” (one of her popular song titles) while singing but then was brought down to earth every time as she beamed at the crowd cheering and kept repeating “Thank you, I fucking love you guys!” throughout the night. I’ve personally been a fan for a few years and can’t believe this is only her first headline tour! I can’t wait to keep watching her grow and I strongly advise you all to keep a tab on her success as well!

SOLD OUT tour kick off

Ready to dance and rock.