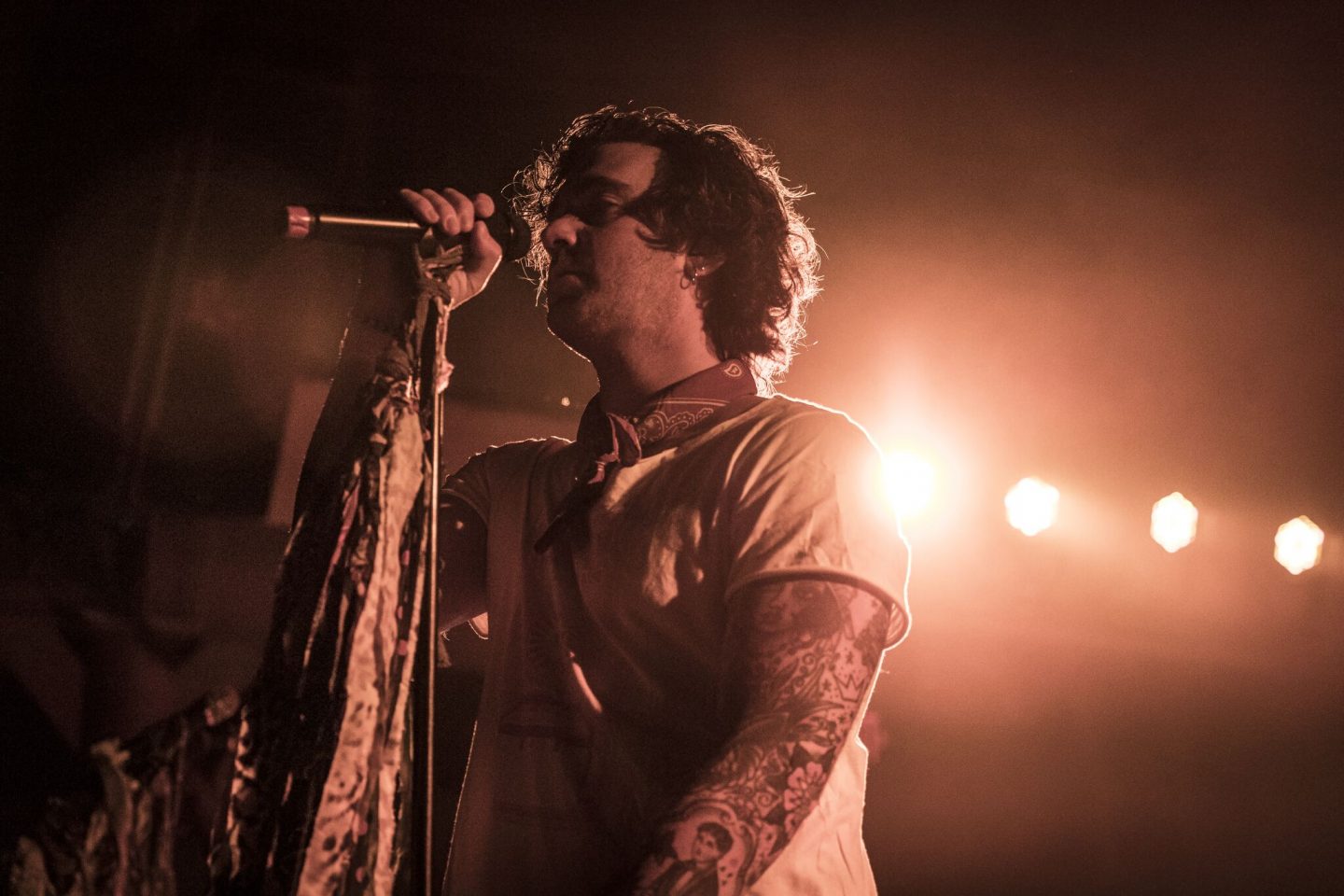 As I walked up to the front door of The Crofoot Ballroom, a low profile concert venue in Pontiac, Michigan, I thought I knew what to expect when the house lights dimmed and the live music began. It wasn’t long, however, until I realized how much I had underestimated the performance that was about to take place.

The American Authors, a NYC rock band best known for their hit Best Day of My Life, was nearing the end of their U.S. tour when they rolled through to perform their newest album, Seasons.

Living in the shadow of the 2014 multi-platinum hit has put a recent pressure on the band. With their song no longer featuring in commercials, movies, professional sporting events, and video games, they’ve continually made the decision to stay true to their roots and write their 2016 and 2019 albums with the same high-energy, folk twist. However while preparing for their 2019 tour, they decided to take a chance as they invited Magic Giant, another indie folk band, to join them and co-headline the tour – Band of Brothers. When I learned this information I was both intrigued and confused, wondering how they were going to pull it off. I didn’t have to wait long to find out.

Simply put, they killed it — it was downright incredible.

American Authors took the stage with reckless abandon, jumping right into their first song, Go Big or Go Home. Their intensity instantly captivated the entire venue. Within seconds every hand was waving in the air, and every fan in the venue began jumping up and down to the beat and screaming every lyric. I think the symbiotic response between band and audience even surprised the lead singer, Zac Barnett, because as the final chord was strummed he immediately began expressing his gratitude and appreciation for Pontiac showing out. He went on to explain that the band would perform three more songs before Magic Giant took the stage to perform four songs, and then the pattern would repeat again, culminating to a surprise finale at the end of the night.

After rocking the next three songs with the same fervor, Zac promised that they would be back as Magic Giant took the stage. As they began to play their hearts out, I could tell many people in the venue were unfamiliar with their work, but pleasantly surprised because of the number of dropped jaws, including my own. It didn’t take long for people to get engrossed in their performance, swaying side to side with the beat and singing back the catchy lyrics.

One of the things I love most about smaller concert venues is the intimacy. With so many people packed into such a small venue, it provides the artists with the opportunity to experiment with different performance techniques to make the concert feel more personal for the audience. In my eyes, the highlight of the night was the last song Magic Giant played in their first set. They came down from the stage and into the middle of the venue, right in the middle of the crowd, and performed an acoustic number under the light of smart phone flashlights. The moment was special because it slowed everything down, and allowed the band to show off their raw talent and emotion, as well as make a personal connection with the crowd (and it made for a great photo).

As the night progressed, the energy in the venue never died down. From both lead singers showing off their range, to American Author’s James Shelley ripping it on his banjo, to Magic Giant’s Zambricki Li showing off his talent on the mandolin, harmonica, and violin, the concert was unlike any concert I’ve ever been to. After Magic Giant finished their second set, the crowd begged for another song, and that’s when the tour title “Band of Brothers” all made sense. Both bands returned to the stage and ended the night with a mash-up of their most popular songs. With instruments, vocals, and dance moves flying around the stage, the two bands performed as one and saved the best for last as they capped off the night with a wildly entertaining sing-along.

it wasn’t just another stop on the tour