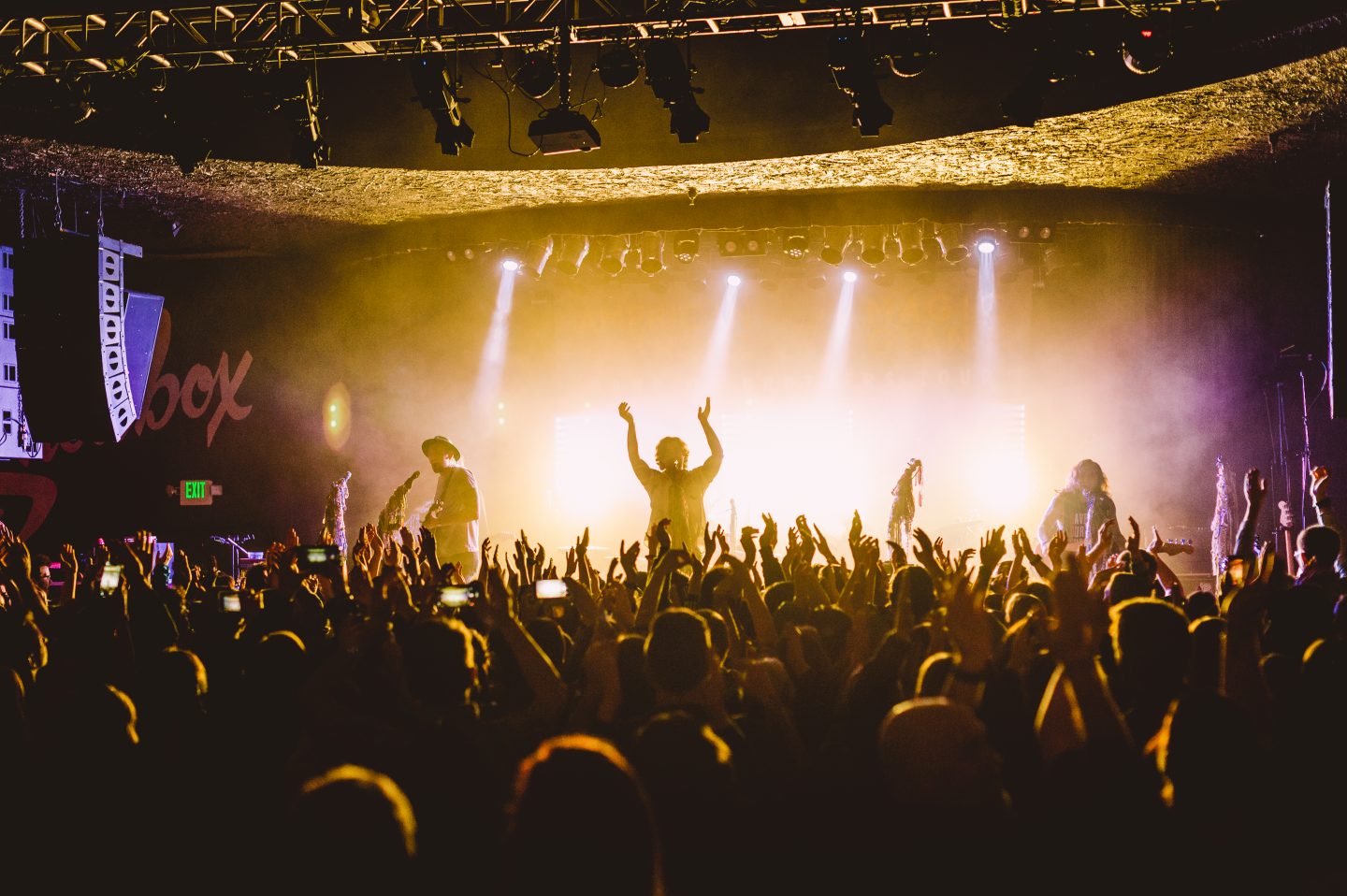 When Zac Barnett and his team of three stepped on the stage and thrust into their first number, the audience was already gripped. The outset of the evening set the tone, and American Authors proved to be excellent showmen throughout the performance at the Showbox Market in Seattle.

The set read like pages from someone’s journal. The music ranged from light, carefree poppy hits to bluesy tunes like “Deep Water” that was surprisingly hard-hitting with the rest of the band at Barnett’s back. Lyrically, many of American Authors’ numbers were about a personal struggle and finding oneself and developing a type of personal identity, and this truly showed. It was clear by the end of the performance that after a decade and a half, this group has solidified into a rock-solid team and family. And while they approached the performance as an ensemble they highlighted some musical monsters in this group.

The standout for me was James Adam Shelley, the guitarist/banjo player. He is an incredibly mighty musician at multiple instruments, and was the cause of multiple audience uproars throughout the night. In addition, what was really refreshing about watching this group play together was how willing they were to share the stage, giving each member a chance to be in the limelight throughout the performance. And it didn’t end there.

American Authors chose to, at least this evening, co-headline with their touring partners, Magic Giant. While American Authors were the headliner, they went on first and started what seemed to be a house-band style performance. The bands switched back and forth throughout the combined set, playing a few songs before rotating and letting each other take the spotlight. This gave way to some exciting cooperative acts as well. Throughout the performance, it became harder to tell which players belonged to which band, as they would swap musicians for particular songs and solos. A big highlight of this format, mid-performance was a cover of Simon and Garfunkel’s “Cecilia” performed by both bands, and the majority of the crowd at full voice. Another were some particularly enthralling dueling solos between American Authors’ James Adam Shelley and Magic Giant’s Zambricki Li. For me these solos were the high points of the evening,

garnering some room-shaking cheers from the audience as they played atop the monitors at the front of the stage.

Their set as a whole felt unique and special. First, they were touring in part to support The Melodic Caring Project, streaming the show to hospitals around the world, allowing kids that are in the hospital to have front row seats. Barnett took time during the set to call out names and screen-names of of kids, giving them a virtual VIP front-row ticket, when they otherwise wouldn’t have been able to leave to see such a show. Second, seeing the two bands playing so seamlessly together gave this show an overwhelming feeling of family and belonging. It really made this show feel like

it wasn’t just another stop on the tour, but an important event.

it was downright incredible

Just in time for Valentine's Day: Make You Mine