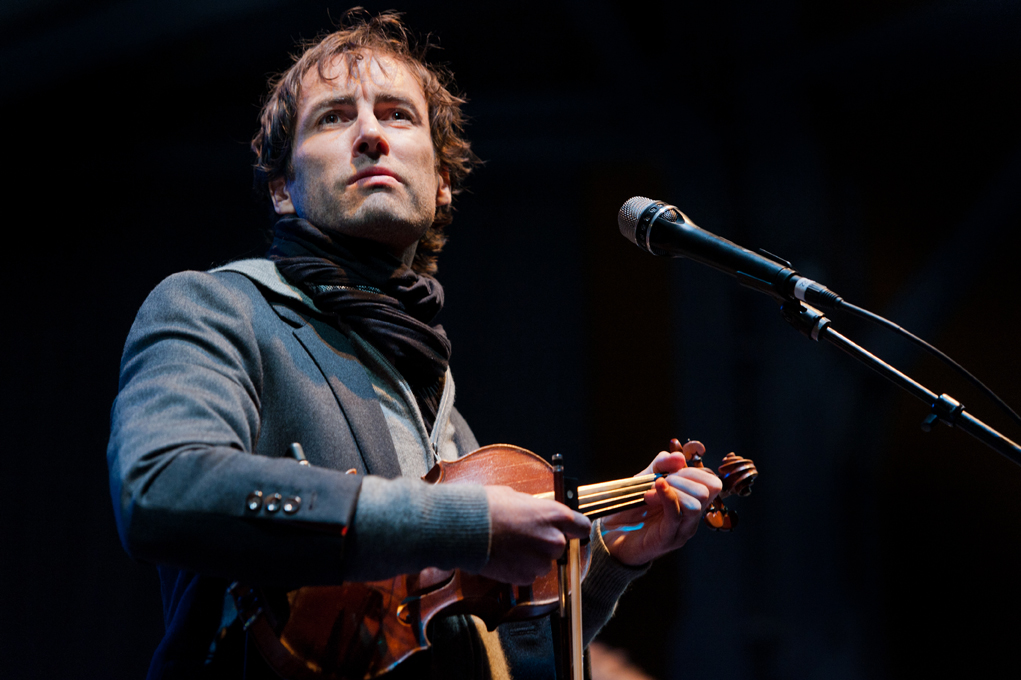 Somewhere between the all-too-happy fairytales of Disney and the darker, slightly more realistic fairytales of the Brothers Grimm is where you will find the fairytale of Andrew Bird. His music, the whimsical soundtrack to this fairytale, transports you to a time and a place where dreams are turned into reality with one abrupt push of air through pursed lips and a flick of a violin bow.

The unbelievable adventure began with Bird, in conjunction with Opera-matic, serenading his own giant white whale with a combination of violin and whistles. Towering above the crowd as it swam through the parking lot, it eclipsed Bird physically, but never sonically. It’s this sort of magic that perfectly defines Bird. It’s not just violin, whistling, guitar and vocals combined with meaning – it’s an idyllic, stringed dream you never want to wake up from. As the crowd hung on his every word, Bird took a break from his intoxicating performance to introduce the other belle of the ball – Paloma Carrasco.

Last year, the organization Rock For Kids established a scholarship with Bird for one year of private tutoring for a capable student. 14 year old vocalist Paloma Carrasco – who had no prior training – was the winner. After Bird’s heartfelt introduction, he slipped the proverbial glass slipper on her foot by performing her audition song, the Spanish folk song La Cigarra, with her. Initially unsure of what to expect from the high schooler, the crowd was left dumbfounded as soon as Carrasco opened her mouth. Her booming voice, layered on top of Bird and Bunn (the guitarist from Bowl of Fire) was the perfect footnote for the fairytale evening.