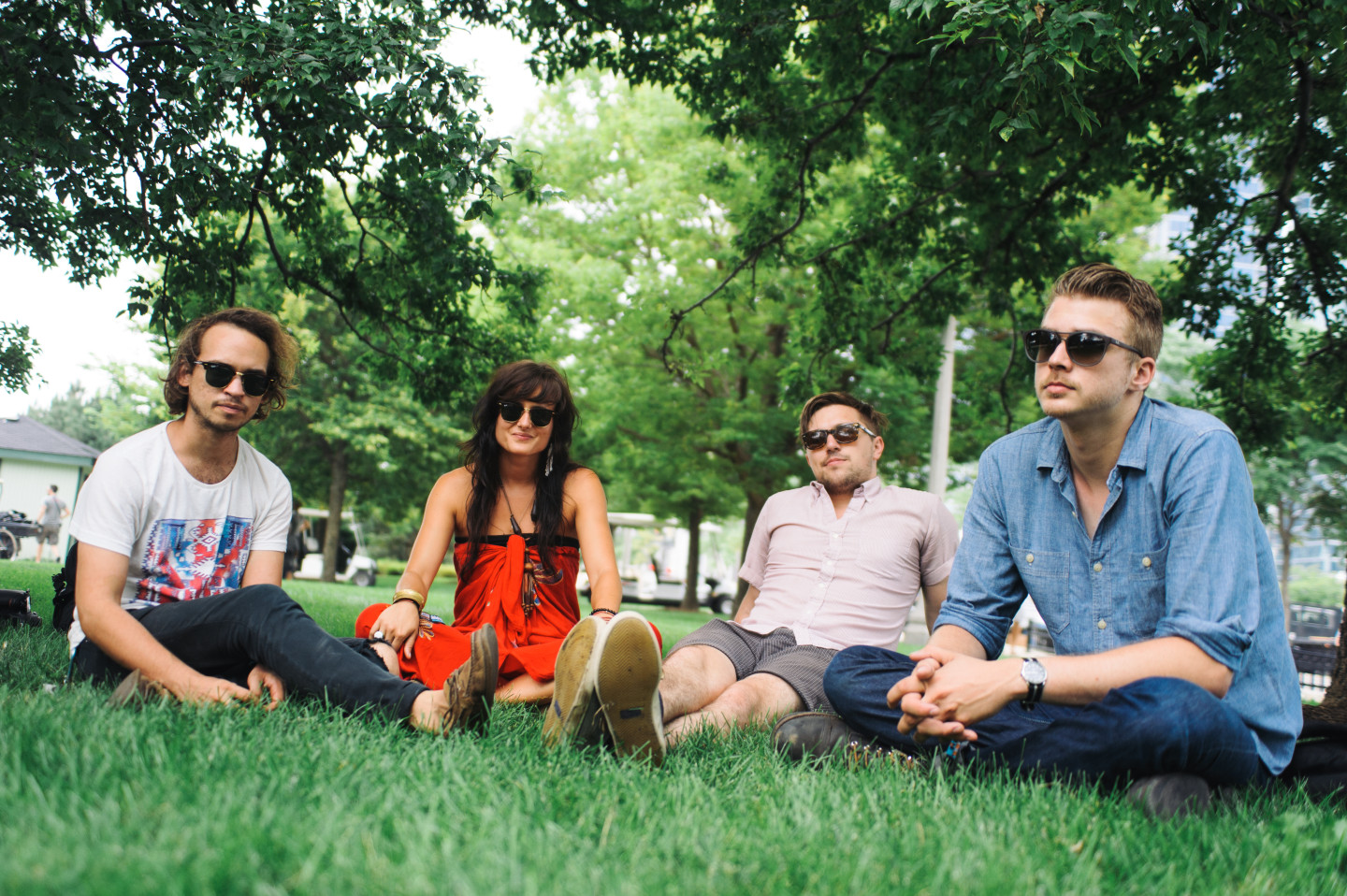 It was literally minutes before the mass Lollapalooza Saturday evacuation that Lost In Concert got to squeeze in a little bit of conversation with a few members of the Kopecky Family Band. There was just enough time to talk about their memorable Lolla aftershow, their new record and thoughts on a potentially fun retirement plan.

The warm souls who comprise Kopecky Family Band have passed through our fair city a number of times, including for a great show with DeVotchka last year– but they were thrilled to return to Chicago to be a part of Lollapalooza this year. This 2012 visit not only entailed a Saturday set on the Google Play stage, but a sold out official aftershow with Blind Pilot at Lincoln Hall they had just played the night before. The band had a treat in store for the crowd; they invited the Chicago Youth Orchestra to perform on stage with them. With two trumpets and two trombones on stage, along with Gabe and Cory’s trombones, it was an army of horns on stage for the audience. Singer and guitarist Gabe Simon explains how this fun idea came to be. “Something that we do when we’re on the road with bands who have horns, we tend to have them play with us. We didn’t actually think we were going to have time to get together with any of our friends so we asked ourselves what something was that we could do that would be really memorable – like doing the horns full on – and our manager came up with the idea to talk to the Chicago Symphony. It was an amazing experience for us. Marcus, our cellist, was able to compose all the music for it.”

The band’s fresh-faced vocalist and keyboardist Kelsey Kopecky had glowing remarks about both the show and being in Chicago again. “I think last night was amazing,” she says. “Chicago is such a cool place for us to play because whenever we come here, it is the same people that come back every time and they are so consistent and sweet and just ready to hear our music. So it was really sweet to see familiar faces in the audience last night at Lincoln Hall – and it was sold out! Just for me, on stage, I was just feeling such a great energy from the audience. It was magic – and probably one of my favorite shows I’ve ever played,” she shares.

Between their actual set and aftershow fun, the band was also invited to stop by the Fender Airstream trailer where they performed a couple tunes and may also have stumbled into their retirement plant. After playing “Birds” and “Angry Eyes” they spontaneously started to create a Fender jingle.  ”At first we were just messing around and then they were like, ‘Wait a minute – we need to record this,’” says Gabe. ”We kind of secretly want to write jingles someday when we’re old,” adds Kelsey.

But before they start planning for ways to get income rolling in from ad jingles when they’re old and gray, they’ve got a new record to share. Kids Raising Kidscomes out on October 23rd of this year. Drummer David Krohn talks about the new album. “We’re just really excited about it. It’s our first full length that we’ve ever done and we kind of went into it not knowing what to expect or what would come out of it. We ended up working with our good friend Conrad Snider and he helped us do the producing for the album – and it’s just exceeded all of our expectations. It’s definitely my most proud thing that I’ve helped create,” he says.

With the new record and nice surprises along the way – such as DMB violinist Boyd Tinsley joining them on stage recently – 2012 is shaping up to be an exciting year for this joyful band of six. Hop on over to the Kopecky Family Band’s site to hear a preview of the new record and sign up for a free download.