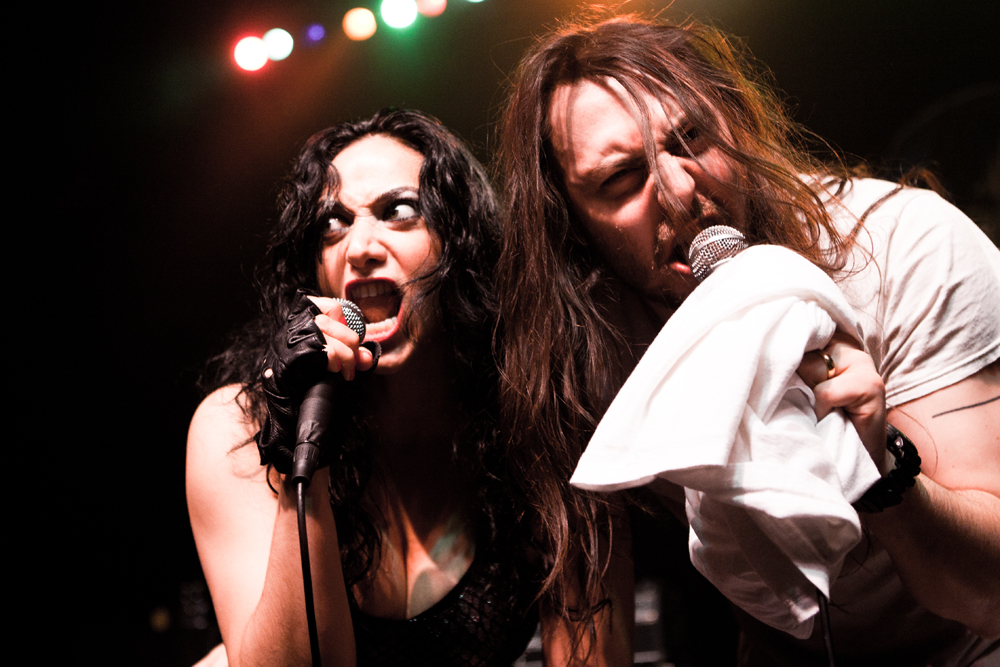 Andrew W.K. at The Riviera Theatre

I Get Wet, which he was performing in its entirety with an enormous cast of characters this fine Sunday evening, is an anthemic shout-out to a simpler time when the only thing you cared about was partying. Don’t concern yourself with the Cro-Magnon lyrics, or the fact that every song is built off the same formula. Disconnect your Pitchfork filter. Shut off the part of your brain that knows dancing around like you used to in high school (when the album was probably released) in your late twenties is juvenile. Tap in to your inner adolescent and buy another beer.

Seeing Andrew W.K. live is exactly what you would imagine it would be after listening to I Get Wet. It’s no holds-barred party anthems blaring into your eardrums at a decibel and a pace that your brain would have difficulty processing if you didn’t already know all the words. A collection of easily digestible poppy hooks layered over a backing track built up by seven other musicians which included five guitarists (twice as many rhythm guitars as the openers, Math the Band, had members), a triple bass equipped drummer and his delicious wife. There was synchronized headbanging with a fan (doing his best A.W.K. impression) on stage. There was stage diving and moshing and even motivational sound bites from the man himself. There was the signature pizza guitar and the standard rock and roll moves you would expect from Andrew W.K.

No performer has ever seemed as preoccupied with his fans happiness as Andrew W.K. did at The Riv, but that never prevented him from delivering. I Get Wet live is like driving an old Detroit muscle car down the highway at 80 miles an hour. Veering off course won’t end well. It’s fast as shit. The experience is a little rough around the edges, and you’re definitely going to wake up sore the next day. The experience also doesn’t change that much regardless of which muscle car you’re in. But even though each of the tracks is guilty of being formulaic, gritty and similar, it’s still a helluva’ lotta’ fun. Andrew W.K. is the poster child for music only requiring one thing–audience enjoyment. At the end of the day, that’s all that should really matter.