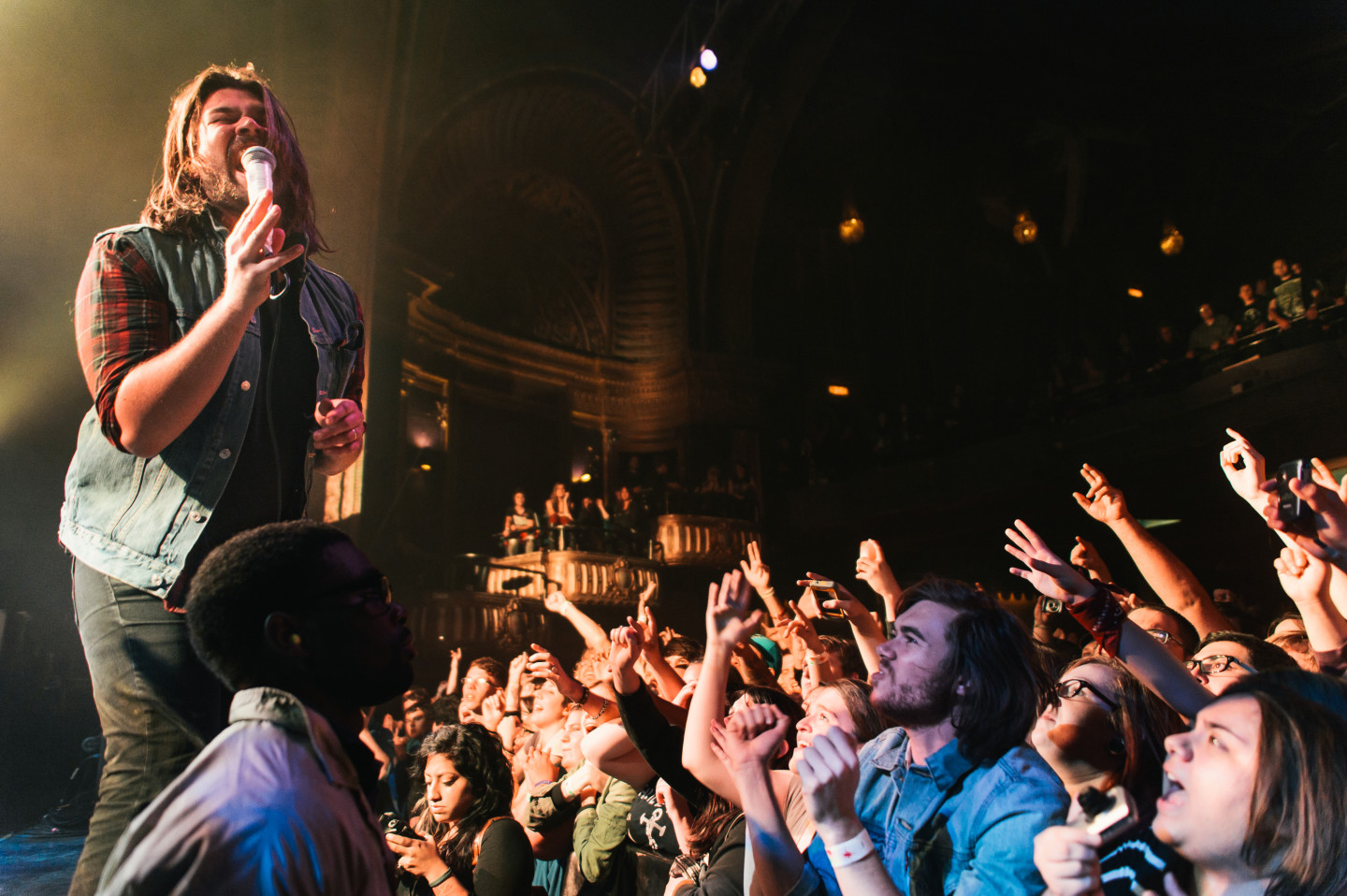 If you’re not current on your Taking Back Sunday history (what the hell were you doing in high school?), here’s how it works: TBS releases Tell All Your Friends in 2002, then the original lineup disbands. New members come and go; the band goes mainstream, and then the original lineup reunites for the eponymous Taking Back Sunday. Conveniently enough, the reunion is just in time for the 10 year anniversary of Tell All Your Friends.

I’ve seen shows performed by every iteration of this band at venues throughout Chicago (and some in surrounding states) and never been disappointed. Like Wisconsin cheddar cheese and Bears football, Taking Back Sunday–Tell All Your Friends specifically–is something that I grew up on. It was the perfect amount of angst, screaming, loud riffs, crashing drums and sing-a-long to become an anthem for everyone that needed something nonconformist to get behind. Time passes, people grow up and new kids pick up the banner. So here we are, the old guard and the new, standing shoulder to shoulder in a a sold out Riviera Theatre to hear Taking Back Sunday perform Tell All Your Friends in its entirety.

The show opens with tracks that aren’t from TAYF. Some people actually seemed disappointed. I had my issues with this show, but getting upset about hearing a bunch of bonus tracks before a band plays your favorite album start to finish is just fucking stupid. But I digress. TAYF sounds almost as good right now as it did a decade ago. Adam Lazzara’s stereotypical antics are still everywhere you look. He still runs bounds around the stage (and the rest of the venue for that matter) gesturing wildly, and yells at fans for having their phones out. He still screams at the top of his lungs, from the bottom of his heart. And yes, he still dabbles in autoerotic asphyxiation by constantly spinning his microphone cord around his own neck. Nolan, O’Connell, Reyes and Cooper all sound pitch perfect compared to the album–within a marginal error of variance–except everything is much fucking louder, and they all run around the stage too. In other words, it’s exactly what you would expect this band to sound like live.

With the original lineup back in place, seeing TAYF live is a bit like going to your 10yr high school reunion. Everything and everyone is different, but it’s all somehow the same. Granted, with Taking Back Sunday you don’t have to deal with all the awkward pauses, questions about kids, or someone showing up in a Ferrari to try to impress people they haven’t seen in years, but the concept is the same. The more things change, the more they stay the same. The music was a big middle finger to parents, the establishment, society and shit in life that just didn’t make sense. We all grew up–including the members of Taking Back Sunday–but the music didn’t change. It’s still fun to listen to, and a blast to see live, but it doesn’t mean the same thing it used to. It’s a one night trip down memory lane to a time period that doesn’t really exist anymore. Don’t get me wrong, it’s one of the best trips I’ve taken all year, but with the added clarity of booze it became apparent that the music just didn’t age as well as the people you grew up listening to it with.